Howdy! This time I thought I’d share one of my absolute favourite recipes with you. It’s this very simple, yet delicious shrimp-wok. Okay so, first things first, here are the ingredients you’re going to need:

Next up, the preparation:

Get the pan going on medium heat, and put the frozen shrimps in. Chop up the onions & garlic, and throw them in once the water from the melting shrimps has boiled off. Make sure you don’t burn them. Add salt and freshly ground pepper. Prepare the vegetables of your choosing and add them to the mix. Cover with a lid so the moisture will stay in the pan making the vegetables a bit more chewable while still maintaining that nice crispiness. Scoop the vegetables to the other side of the pan, add a bit of vegetable oil, and crack the two eggs in. Let them solidify for a moment before whisking them up to nice, small pieces that’ll add some nice texture to the wok. Mix the eggs with the vegetables, and add your cooked noodles in. Add the soy-sauce, powdered ginger and the sambal-oelek -sauce, and get all of the ingredients in the pan a final mix. Enjoy!

P.S. I’d add a photo of this dish had I not eaten it all before writing all of this down… it was just too delicious haha!

As my ALMS-plan stated, I was supposed to watch quite a lot of movies, series and documentaries etc. I have done just that. First I’d like to recap this one movie I watched from Netflix, Bird Box. It’s a thriller/horror movie starring Sandra Bullock. A bit about the plot: there is some mysterious presence – invisible to the viewer – that drives everyone who is unfortunate enough to glance a look at it, to commit a suicide. The only way to survive in this apocalyptic environment is to wear a blindfold every time you step outside. Mallory, played by Sandra Bullock, has to get two of her children to safety to this certain place, after five years of daily struggling just to survive. The story follows their desperate journey, and offers flashbacks to earlier days of this civilisation-sweeping mass-suicide epidemic to let the viewer know what has happened five years prior to the start of the protagonists’ bid to safety.

Now I made the mistake of watching this movie alone in my small apartment late in the evening. I mean, it was intense and I must stress this – I do not enjoy horror-films, so I really don’t know why I chose to watch it haha. But overall, not considering my deep hatred towards horror, the movie was surprisingly pleasant to watch. It wasn’t too much of a “crap your pants and lose your sleep for a week” -type of experience. But afterwards speaking though… it wasn’t even that good of a movie sadly. It was okay I guess, it just lacked a few elements here and there that would’ve made it better in my opinion. I’d give it a rating of 6/10. 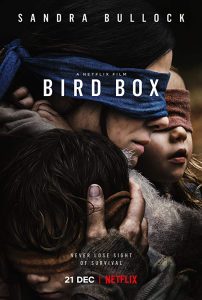 Next up on my Netflix-summary: a series called Broadchurch! It takes place in a small coastal-town in Britain, where 11-year-old Danny Latimer has been murdered. It causes a huge, really unwanted media-frenzy, which totally turns the lives of its residents upside down, mostly of course the Latimers’. Everyone seems to be hiding something, to have secrets they are unwilling to share even at this tragic hour, and it’s the job of a recently arrived D.I. Alec Hardy (David Tennant) and his partner D.S. Ellie Miller (Olivia Coleman, a recent Academic Award -winner!) to solve the case, and bring back the remains of the once thrived peacefulness of the town.

Now this series… it’s… it’s amazing! It is one of the best things I have ever watched. The actors are perfect for their roles, and you really get a feeling like this thing has actually happened. It is touching, provoking, irritating, frustrating, hopeful… it really sucks you in like a hoover does to a dust mite. As a viewer, you are constantly given new hints on who might have committed the horrendous crime, but you can never be sure. And I promise, the inevitable revealing of the killer will come as a shock to you, but it’s so good that you can’t help but to applaud the screenwriters’ creativity while still being so baffled on what just happened, that you begin to question everything you have seen. In all fairness, I loved every single second of this show. So much so that I actually binge watched the entire first season in one day haha. This masterpiece mops the floor with the Bird Box I watched earlier, no debate. And the rating? A solid 10/10 of course! 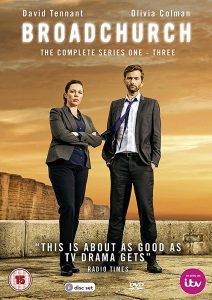 Last but not least on this list of the things I’ve recently been watching on Netflix, is Top Gear. I’m sure you’ve at least heard of this number one show of the worlds petrol-heads. In fact, it was the number one show of the world, period (based on the numbers) – no matter if you were a car enthusiast or not. The popularity of the show was much thanks to its hosts Jeremy Clarkson, Richard Hammond and James May. Sadly, the trio left the show in 2015 following a fall-out between Clarkson and the shows’ producers. They now have a show on Amazon Prime called the Grand Tour. Anyway, back to the episodes I’ve been watching. Now I’ve seen a lot of them in my time, but recently I decided to just watch all of the best episodes again for fun, and because they are so well made that it’s a pleasure to the eye and mind every single time.

The episodes I’ve been watching have included, for example, a trip to the source of the River Nile, a race in St. Petersburg between a car, a bike, a hovercraft and public transport, a look down in the history of a few car-makers such as Saab and Peugeot, and of course driving and testing new, magnificent cars, just to name a few. 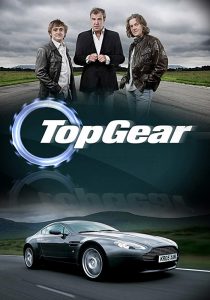 The time I’ve spent watching these shows and the movie discussed above, is around 22 hours in total.

So, this is the beginning of my ALMS-course-blog. Where shall I begin? First things first, let me tell you about my trip to Edinburgh and Amsterdam! Now I must say, the fact that we (I went there with two of my friends) even decided to book the flights was really exempore. We were just chilling at my place this one Saturday and my friend Samu talked with his brother about Scotland and their whiskeys. One thing led to another, and before we knew, we had booked flights to Edinburgh via Amsterdam. I remember waking up the next morning really early and just thinking to myself “what the heck did we do lol”. Next on the list was getting all of us together to book some sort of accommodation so that we wouldn’t have to sleep in a ditch or something hahah. That happened on the following Friday in Jyväskylä, where we all were visiting our parents’ houses. Well… actually Tomi, the other friend whom we were on the trip with, lives in Jyväskylä, so it was convenient. Anyway, now that all of these “formalities” were out of the equation, the journey was ready to begin!

Our flight was set to leave at 6:55 a.m. at Helsinki-Vantaa International Airport, so we needed to get up at 3:00 a.m. Needless to say, we were tired. Our layover in Amsterdam was just 55 minutes and we had to run to our departure gate because the flight wasn’t quite on time. Finally we arrived to Edinburgh. From the moment we got out of the plane, I really saw just how beautiful of a country it was. Sunshine met with light rain, and together with the rugged, harsh landscapes in the distance they created this really graceful and postage stamp-like view from the window of this tram-ish thing we used to get to the city-center. And oh don’t get me started on how much I fell in love with the city; it’s architecture, history, people, atmosphere, all of it. The museums were free as well, so I can assure you, we took an advantage of that. The National Museum and Gallery were spectacular. We spent our three days there walking around seeing the sights and just taking it all in within the best of our ability. The old town was really fascinating and full of history and scenic old buildings too. Of course we dragged our asses to a few pubs as well, and let me tell you, they were brilliant as you might’ve guessed at this point.

As time went on, our days in Edinburgh were up and we had to head back home. But, there’s a little twist. This time on our way home, the layover in Amsterdam was 22 hours! We had time, and I mean a lot of it, to visit this city as well and so we did. We wandered around and tried to see as much of the city as possible. Also, we met a Dutch friend of Samu’s in the evening which was really cool! We had booked a hotel for the night so we didn’t have to spent the night at the airport, as our connecting flight left at 7.00 a.m. the following morning. Yes, we had too many early mornings haha! Apart form them, the whole trip was amazing! I got to see many, many gorgeous things with my mates, speak English all day long and really take in all the things we don’t have here in Finland.

It’s kind of hard to estimate how much time I spent speaking English that counts towards this course. I mean it is a lot, because I spoke English every day for four days straight, and in fact we had these two nights where we decided to only talk to each other in English instead of Finnish, because… well, why the heck not! And it’s not only the speaking I did whilst abroad, I also read and heard lots of English too soooo… I would estimate the speaking hours to be around 16, the listening would be about the same. The reading aspect is much more difficult to ponder but I’d estimate it with the best of my ability to be more or less in the region of six to seven hours.