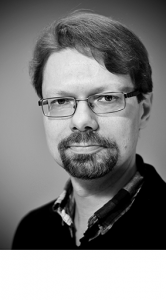 Dr. Marko Ampuja is a University Lecturer at the University of Helsinki, Department of Social Research. He teaches at the discipline of Media and Communication Studies and at the International MA Programme Media and Global Communication (MGC). Before joining the discipline, he worked at the YLE (Finnish Broadcasting Company) audience research department. Ampuja has published on media and social theory, media and globalization, political economy of communication and critical theory. Ampuja’s PhD thesis (2010) critically examined academic globalization debates from the viewpoint of media and communications. A revised version of the dissertation is published as a book titled Theorizing Globalization: A Critique of the Mediatization of Social Theory. (Brill, 2012; paperback edition by Haymarket Books 2013.)