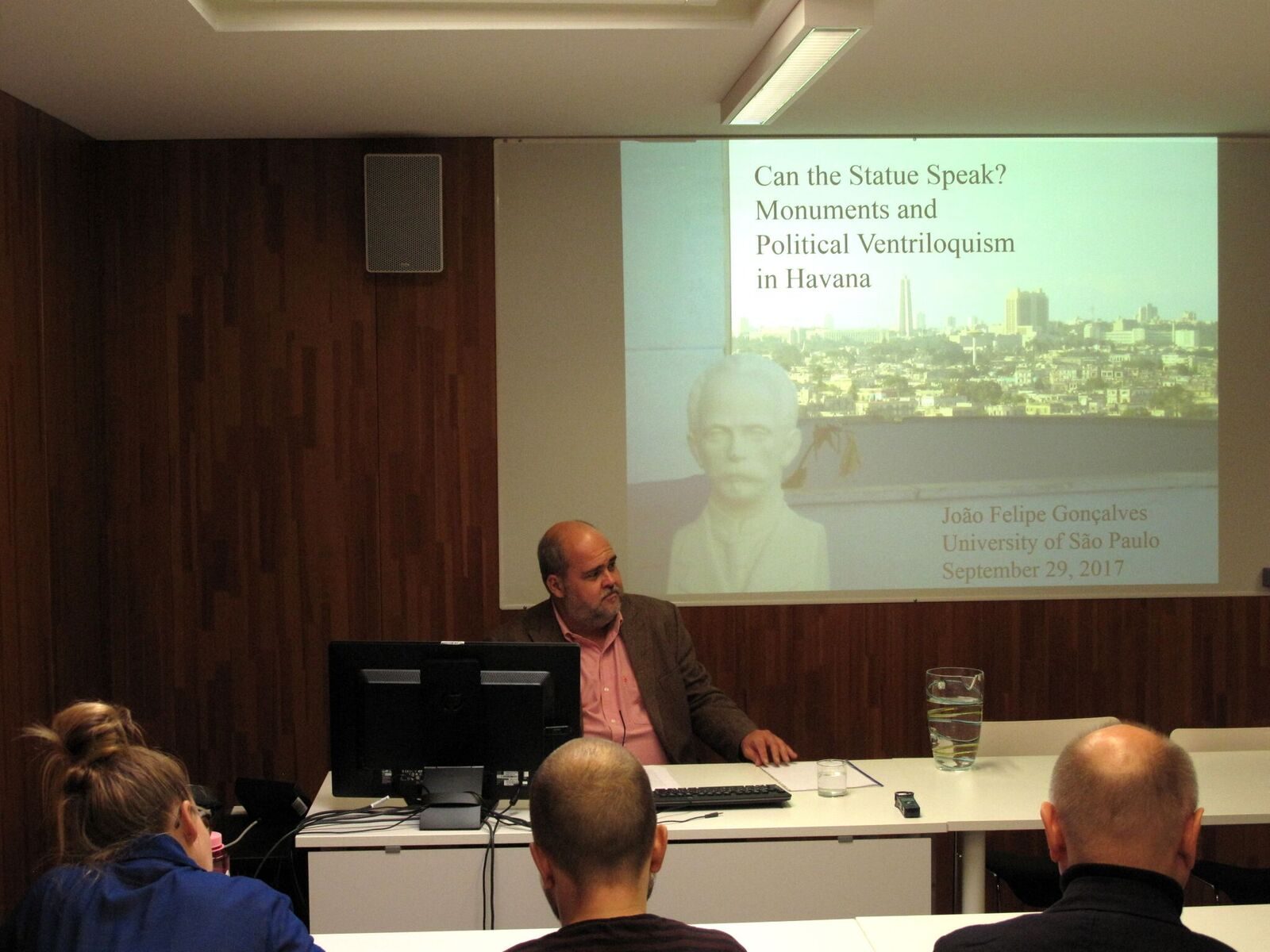 João Felipe Gonçalves (University of São Paulo) gave a talk titled “Can the Statue Speak? Monuments and Political Ventriloquism in Havana” in our visiting seminar on September 29th, 2017.

This presentation examines the political usage of monuments to Cuba’s national hero, José Martí, in socialist Havana. Based on a historical and ethnographic interpretation of these public objects, the paper argues that they have been highly disputed among different political actors because they work as material embodiments of national sovereignty. Although the Cuban state has not been as engaged in the construction of new massive monuments as other socialist states, it has monopolized the public usage of the effigies of this pre-revolutionary hero as performative inscriptions of its power in urban space. The paper introduces the concept of political ventriloquism to analyze techniques – especially political speeches and popular jokes – that try to give legitimacy to conflicting political voices by “making the monument speak.” It compares monuments and jokes as powerful forms of political communication in state socialist contexts, and argues that political humor eventually contributes to the authorization and reproduction of the state discourses that it seems to subvert.