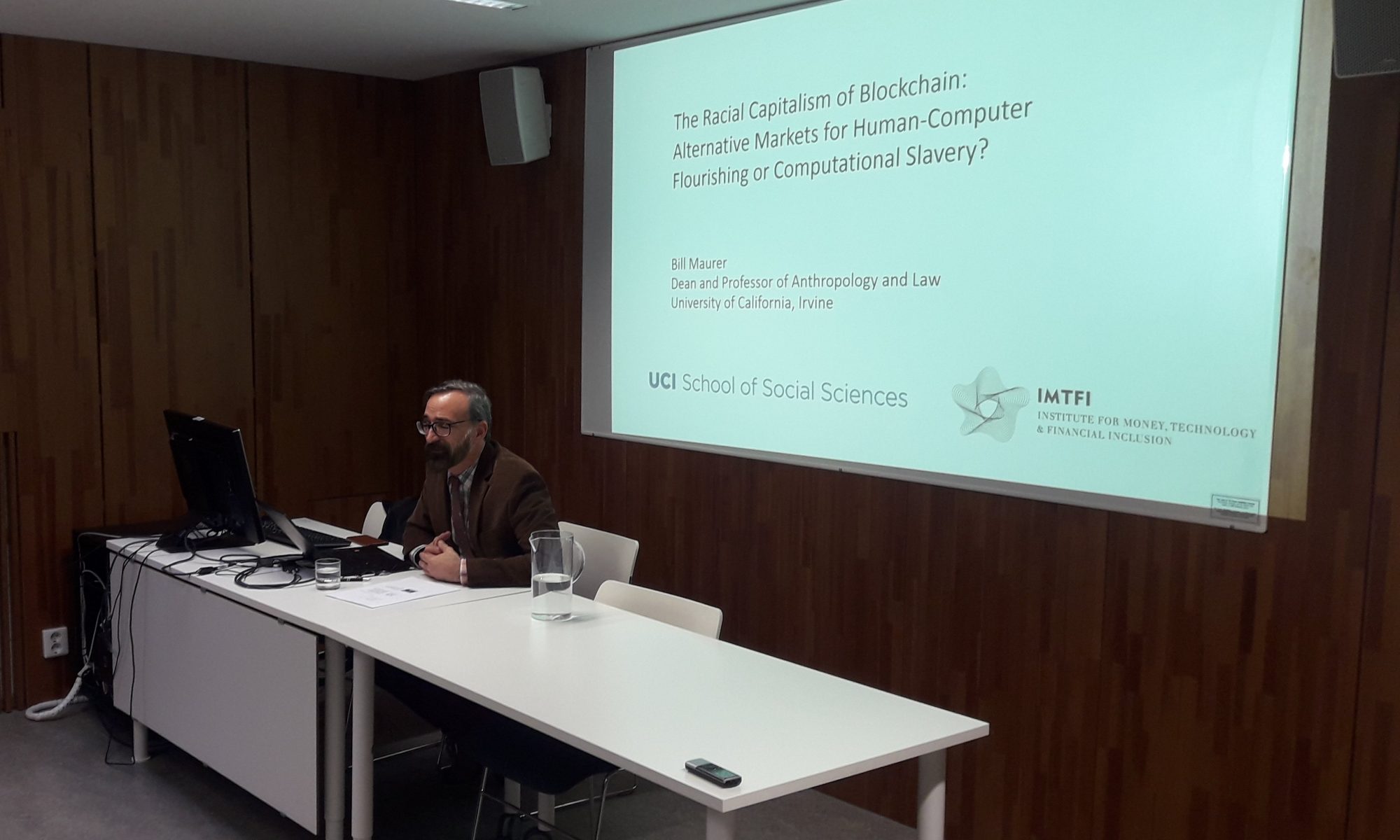 There is an important ambiguity in J.K. Gibson-Graham’s justifiably celebrated excavation of the everyday alternative, noncapitalist economies that surround us: those alternatives include not just cooperative movements, volunteerism, informal lending, or barter, but also child labor, indenture, and slavery. In The Human Use of Human Beings, Norbert Wiener wrote that cybernetics “gives the human race a new and most effective collection of mechanical slaves to perform its labor. … However, any labor that accepts the conditions of competition with slave labor accepts the conditions of slave labor.” Based on research among blockchain developers–those invested in using the technology underlying cryptocurrencies to build systems for tracing commodity flows, managing digital rights, and verifying provenance–this talk asks how and why blockchain gets inserted into histories of racial accounting. In interviews, blockchain developers extolled the virtues of a new, digital generation of slaves, computational agents that automatically perform everyday law-work. “Smart contracts”—executable code or distributed applications on a blockchain—were imagined to animate new computational agents as legal actors. This talk examines blockchain as a moment in the history of accounting to inquire into emerging understandings of the rights of computational agents in a world of persisting human indenture and enslavement.