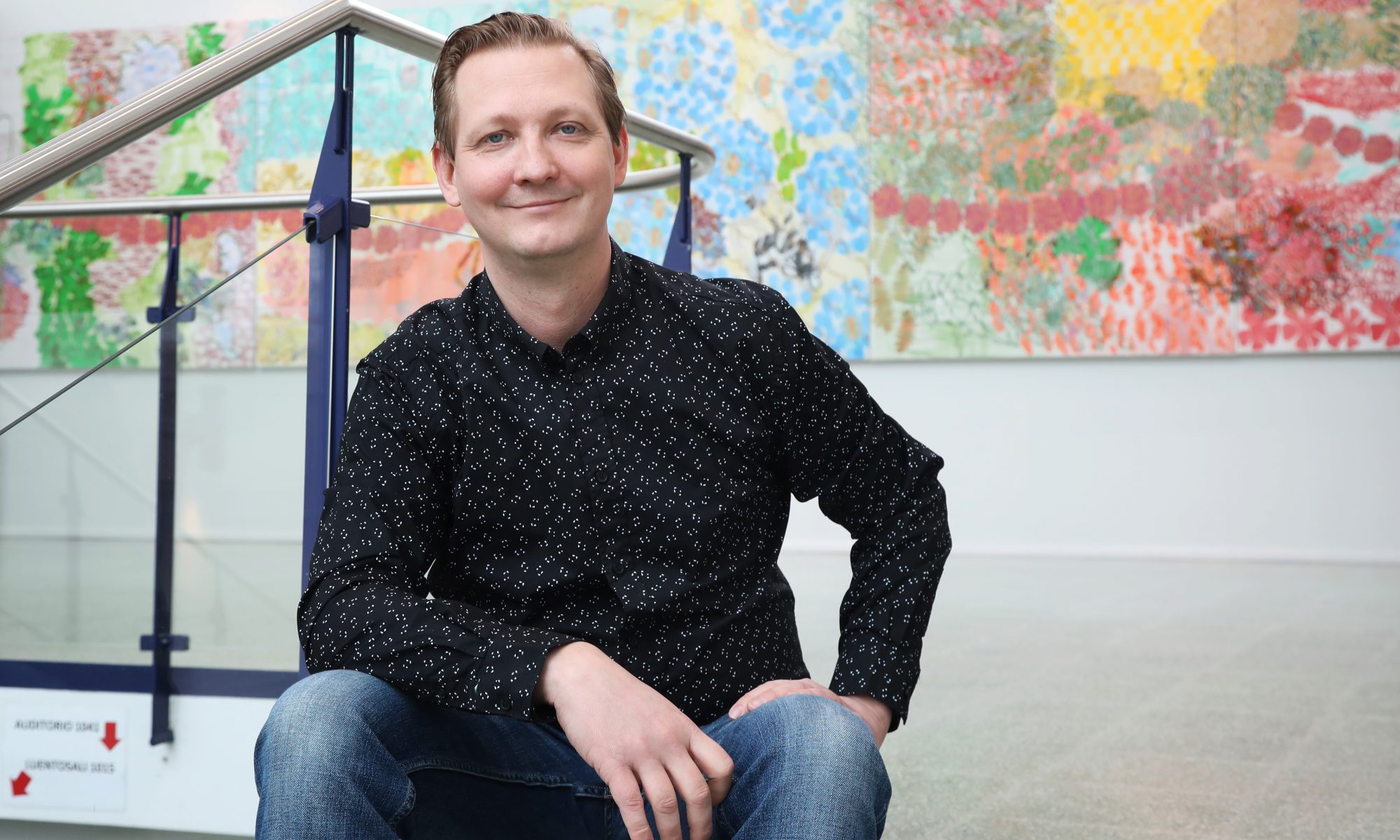 Mikko Airavaara is a professor of pharmacology and drug development at the University of Helsinki.

He is originally from Kouvola and has now resided in Helsinki for many years. He is the group leader of the Airavaara group which focuses on neurons and glia of the brain, both of which are important to the brain’s health. The Airavaara group is based across Helsinki at both the Neuroscience Center, Mehilahti Campus, and the Faculty of Pharmacy, Viikki Campus. Mikko is also a teacher at the University of Helsinki.

He joined this project because it sounded exciting and, together with his research team, they liked the idea of highlighting their work with the public. He has enjoyed participating in Art Meets Science and expressed his delight that his research group was able to collaborate with the artist, Shannon Amey. He notes that Shannon’s abstract and colourful paintings fit their research topic nicely. Mikko is looking forward to interacting with new people, viewing the latest art, and participating in the general buzz of the event.

Further information about the Airavaara group can be found on their website.