Our new article on a druggable pocket on the surface of coxsackievirus B3, a major contributor in heart disease is now out in Plos Biology, an open access journal. The study has been picked up by several news outlets including interviews for ScienceNews Science News – Achilles heel in the common cold?,  New Scientist, Nordic Life Science, Apteekkari

IN THE POCKET  A chemical compound (illustrated at center) binds to a  pocket on the protein shell (blue, white and magenta) of enterovirus B3, preventing replication. Figure by James Geraets shared This is an open access figure distributed under the terms of a Creative Commons License 4.0, which permits unrestricted use, distribution, and reproduction in any medium, provided the original author and source are credited.. Please cite

An interview by Laura Howes with Prof. Sarah Butcher, contributed to an interesting piece on structural biology research and how it is helping to combat the pandemic. https://cen.acs.org/analytical-chemistry/structural-biology/structural-biologists-revealed-new-coronaviruss/98/i17

Below is link to a Main Page for RELION (for REgularised LIkelihood OptimisatioN, pronounce rely-on) from Sjors Scheres at the MRC Laboratory of Molecular Biology.

A series of lectures by Grant Jensen at Caltech explaining cryo-EM technology to a great detail in a simple way: 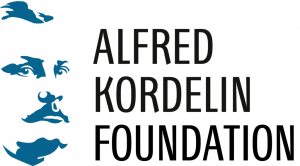 Link to the Finnish news in the University web pages https://www.helsinki.fi/fi/uutiset/elamantieteet/alfred-kordelinin-palkinto-professori-sarah-butcherille

This is very exciting news and fantastic recognition for the whole Cryo-Microscopy Society! The Cryo-EM Unit at the University of Helsinki, headed by Prof Sarah Butcher, hosts state-of-the-art transmission electron microsope FEI Talos Arctica, which enables this technique in its full capacity. We are sure it will prove very useful for  future outstanding research in Finland.

Interview about all of the Nobel prizes in Helsingin Sanomat TV https://www.hs.fi/tiede/art-2000005401270.html

Justin Flatt joined the lab at the beginning of May as a recruited postdoctoral fellow to continue working on the structural aspects of the Airopico project for one year. He has worked previously with Phoebe Stewart and Urs Greber, primarily on adenoviruses.

Recently we have had Pasi Laurinmäki return from ArcDia International Oy as a secondee in the EU-funded AiroPICO programme. On his return he gave a talk of his experiences in the commercial science world, which was a really interesting perspective.

Urmas Liivas is returning to Protobios OÜ in Estonia after a two-month AiroPICO secondment in our lab. Before he left, he gave a talk about his work and his experience of living and working in Finland. It has been great to have Urmas here, and we will miss him! 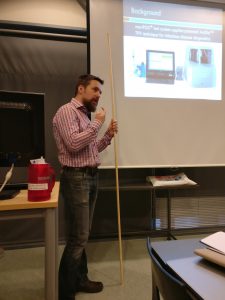 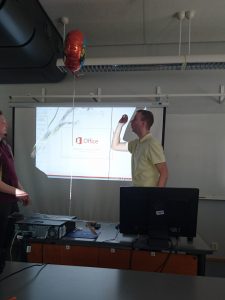 The work builds on a discovery made in 2015, when scientists at the Universities of Leeds and York, identified a set of encrypted signals in a plant virus with a single-stranded ribonucleic acid (RNA) genome, not too dissimilar to the structure of the Parechovirus that infect humans and can cause sepsis-like illness and meningitis in children.

They found that the details of the decoding mechanism appear identical in all strains of the virus, potentially allowing a single drug to treat them all, something that is not possible with a vaccine.

The team is now working to screen for potential anti-viral drugs that target this decoding mechanism. Successful future partnerships with the pharma-industry and further funding support could potentially see drug development results within the next ten years.

Professor Reidun Twarock, a mathematical biologist at the University of York’s Departments of Mathematics, Biology, and the York Centre for Complex Systems Analysis, said: “Previously scientists have assumed that the signals regulating the assembly of a virus were located in a unique area of the genome.

“Using a combination of biological insight and mathematical modelling, our study suggests that, by contrast, the mechanism relies on multiple dispersed sites in the genome that act together in a cooperative way to enable efficient virus formation.

“The common cold infects more than two billion people annually, making it one of the most successful viral pathogens, so we are excited to make this crucial step forward.”

Scientists had previously attempted to detect assembly signals by genetically recoding these viruses, but failed to find any. The latest results solve this mystery; they show that the additional ‘hidden’ code, responsible for virus formation, is robust against such genome changes, and is conserved across different viruses in the same family.

Professor Peter Stockley, from the Astbury Centre for Structural Molecular Biology at the University of Leeds, said: “The coding works like the cogwheels in a Swiss watch. We now need a drug that has the same effect as pouring sand into the watch; every part of the viral mechanism could be disabled.

“We need to move away from a vaccine approach, which is what we have for flu and polio. Vaccines, although our best source of defence against polio at the moment, can result in the release of more virulent strains of the disease. Protecting against infection therefore relies on continued worldwide vaccination, which is both very expensive and logistically difficult.”

The World Health Organisation has a goal of eliminating polio infections worldwide via vaccination but recognises that before vaccination can be terminated there is a need to develop anti-polio drugs to cure residual infections.