The Finnish Center of Chinese Law and Chinese Legal Culture warmly welcomes you to participate in its guest lectures series. The next lecture will be given by Ignazio Castellucci, Professor at the University of Trento.

Rule of Law with Chinese Characteristics

The presentations will revolve around the Chinese relation with the law as a tool of governance in present-day People’s Republic of China. The current Chinese concept of fă zhì (法治), which could roughly be translated as rule of law or rule by law, is a fluid one indeed, being affected by Chinese elements such as:

An analysis will be condicted in relation to the main principles and to the legal technical devices identifiable in the Chinese legal system to maintain the mentioned characteristics. 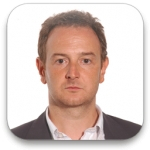