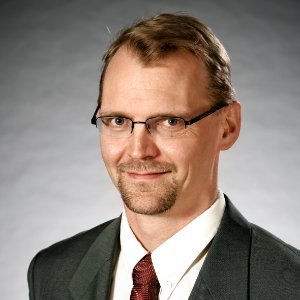 Mr. Nojonen is well-known for his research in Chinese strategic thought and is the first to translate the widely cited Sunzi, The Art of Warfare, from Chinese to Finnish. He has a long history in researching the history of the Chinese political system and ideology, as well as China’s economy and business. Mr. Nojonen has taught at top-class Finnish and Chinese Universities such as Aalto, Fudan and Tonji Universities, and he is currently a Professor of Chinese Society, Culture and Economy at the University of Lapland.

His most current research topics include Chinese regional business patterns, Chinese strategic culture, and the societal and economic transformation of China. The topics of his research are closely linked to legal and administrative issues in China, for instance the concept of “guanxi” (personal relations, or social networks and influential relationships) in Chinese society and economy. “As we all are aware, guanxi and the deviant behaviour of guanxi is tightly connected to issues of corruption; bending the law and regulations, back-dooring and so on.” Other current topics include what Mr. Nojonen calls “doing basic research” – conducting interviews and digging into the Chinese archives – on the 5 Year Plan Structure and regulatory framework, or the lack thereof, at national and local levels.

Mr. Nojonen has observed great improvement in Chinese legal structures and practices over the last decades. He views China’s transformation towards a rule-based society as a necessity for further economic development. However, difficulties still exist: “The persisting flaws and to a certain degree an unpredictable environment are not only a part of the structural problems in the Chinese economy, but also cause challenges at the practical level of doing business in China. This is the broad framework where economics, business and law intersect, and there are dozens and dozens of research questions that could and should be studied within this framework.” When asked about the basic characteristics of legal practices in China, Mr. Nojonen pinpoints the relevance of China’s political structure, where the role of the Communist Party is especially strong. As an example, he mentions the ongoing discussions about constitutional rights and the controversies involved. “The interest of the party sometimes overrule the very same constitutional rights the constitution should guarantee.”

To understand the true beginnings of Chinese legal culture, Mr. Nojonen takes a more philosophical approach. “I would personally like to make a more philosophical research trip into Chinese legal thinking and practices through a concept of coined by a contemporary Chinese philosopher, Li Zehou. He has published widely in a number of fields and has been one of the most influential thinkers within the Chinese-speaking world (both inside and outside China) since 1980’s. In his works on traditional Chinese philosophy, he coined a concept of “practical rationality,” which he used to analyze all major philosophical schools of China, particularly Confucianism. I would like to utilize this concept and apply it in studying Chinese legal thought.”

In recent years, Mr. Nojonen has written on China’s overseas investments and their discrepancy with China’s non-interference policy, whereby China does not interfere in other countries’ internal affairs and expects others to respect its own sovereignty in return. Accordingly, China’s overseas investments follow a much-cited “no strings attached” policy: money without political commitments or conditionality. “The topic of “no-strings attached” finance should be seen in a broader view. It is tightly attached to Beijing’s foreign policy of “non-interference.” This discussion is politically highly sensitive, as Beijing has been sticking to its non-interference principle, and claiming that its finance does not have strings attached. These principles are also linked to Beijing’s self-promotion as an alternative to U.S. (and Western) hegemonistic global policies,” Mr. Nojonen says. He reminds that Beijing had for a long time criticized the U.S. for using its national interests as a tool for legitimizing its foreign aggression and setting political and economic demands on developing countries.

However, times have changed and China has become the second biggest investor in the world. China’s expanded interests have influenced China’s conceptions of its foreign policy as well. “I believe that China, like any great power, will defend its national interests overseas by various means.” As Chinese state-owned banks, financial institutions and companies are increasing their global footprint, the role of “hidden strings” is becoming more evident: “We found in our study that China sets conditions for its financing. We also found that China is actually interfering in other countries’ internal affairs. The Foreign Policy Journal recently published similar conclusions; Chinese money with set conditions in South America.”

Beijing has also provided itself with jurisdictional powers to extend its national interests beyond its borders. “For instance, the latest Chinese Anti-Terrorist Law outlines Beijing’s expanded responsibilities by stating that China has the right and obligation to protect their companies, people and assets abroad, if they fall under threat. How do you do that without interfering into another country’s internal affairs? I believe that in this sense, China is not an exception from other great powers – it will defend its national interests abroad when the stakes are high enough.”

With two such different cultural settings, norms and histories as China and the West, increased presence of Chinese institutions and companies in western societies will certainly pose challenges. “Chinese companies are coming to our markets, bring welcoming capital and know-how, and access to local networks and markets. However, there will be challenges for both sides. Firstly, Chinese companies and managers are not necessary familiar with ”strange creatures” like free press, aggressive and active NGO’s, and strong labour unions with their collective contractual mechanisms – three examples of sectors that operate completely differently in Finland or Europe than in China. The labor rights in China, despite of governing Communist ideology, are still rather undeveloped. In our system, there are very few possibilities of using the ”back-door,” contracts tend to hold, and the legal system isn’t corrupt, nor are state officials.” Put it short – major practical differences between our societies still exist, despite the fact that China has already adopted many Western practices into its society, especially in the legal sphere.

However, change happens in both directions, and Mr. Nojonen is intrigued to see how the West will adapt its institutions, standards and regulations in the long run to enable smoother cooperation with Chinese counterparts. “There are certain fields where China will be or is already in the position of making standards and regulations on a global scale, for instance in mobile payments and future 5G and 6G mobile network standards.” Mr. Nojonen refuses the idea that all developing countries should follow the Western model, and does not consider the cultural exchanges between China and the West to occur in a linear fashion. “I think that the yin-yang ball is a more appropriate metaphor. Both are mutually shaping each other without ever taking over the other. It is a constantly moving and self-generating process that is determined by all of us, separately and together, at the same time.”