What do a German, Taiwanese and Mexican do in Czech Republic? Research, of course!

On my way to Prague via Copenhagen airport, a guy on the same flight posed a rather odd question: are you going to party in Prague too?

He did not ask further. On his face, I can see that he cannot believe that there are people who don’t go to Prague for parties.

Unfortunately, in my universe, I don’t go to Prague for parties.

This week I am visiting my “Czech” research team based at Palacky University in Olomouc, Czech Republic. We are currently doing a survey in some Central Asian countries to gauge their young people’s views of China.

Meanwhile, I am working with the University of Macau to survey young people in Czech Republic on similar questions. In a conversation with some Czech students, they expressed that in their high school education, they do not learn much about China nor Japan. China is something too distant for them. Russia, Europe and America (albeit distant too) are more widely mentioned in their education and media.

In the Czech media, coverage of China seems to be more critical and coverage of Japan is more positive. Like elsewhere in the world, media shapes our perception and understanding of places in other parts of the world. In April, Confucius Institute at the University of Helsinki will host two events related to media culture and its influence. Dr. Chang Chiang from China’s Remnin University is our main guest who will offer his speech on media culture in China. In addition, he will join University of Helsinki researchers to have a roundtable discussion on Beijing’s efforts in branding itself globally as well as how Finnish, Indian and Kazakh media portray China.

A little secret about Dr. Chang: he is quite popular in China not only as a scholar but also as an influential public intellectual. We have Chinese fans (mostly females) in Finland who already expressed their excitement about meeting Dr. Chang on Facebook!

In order for us to prepare refreshment for the guests (YOU), please register here before April 7. 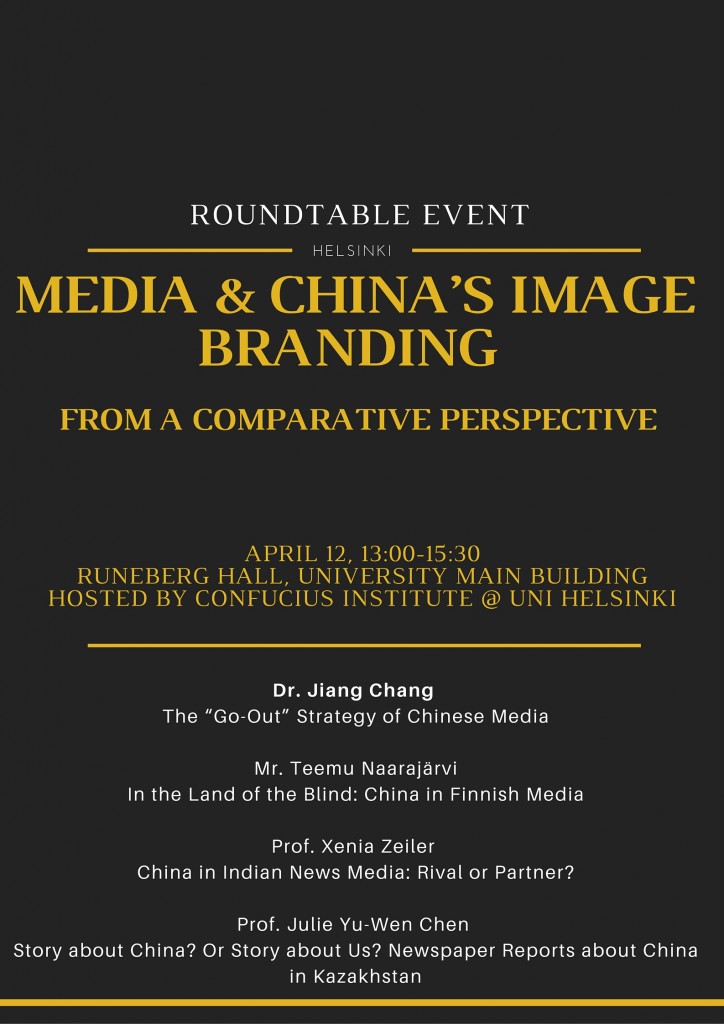