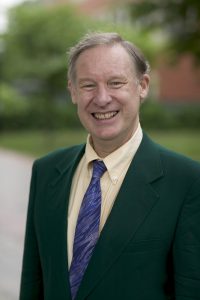 Lynn is Professor Emeritus and Senior Research Scholar in the Politics Department, Woodrow Wilson School, and East Asian Studies Program at Princeton University. He is coming to the University of Helsinki to deliver a speech on “The Roots of Chinese Prosperity: Why did China Begin to Become So Much Richer in the Past Quarter Century?” on September 19 (Venue: Unioninkatu 37, Room LS).

Please register for the event!

Here is our conversation with Lynn!

1. How did you become interested in China?
It was obvious even in the 1960s, when I entered academe, that China was going to become a major world actor – if only because of the size of its population.  So I attended the University of California at Berkeley to study Chinese politics.  Berkeley at that time was the center of the Free Speech Movement, parts of the Civil Rights Movement, and protests against U.S. war in Vietnam.  An exciting time!  Although I participated in each of those three movements, I had doubts about the Cultural Revolution (about which solid information in the mid-1960s was very scarce).  After a stint of language learning in Taipei, my wife and I went to Hong Kong where I found materials to write my thesis.

This became a book called Careers in Shanghai (about revolutionary consolidation in the 1950s and individuals’ means of coping with the daily life issues that the political process presented).  My next main book was Policies of Chaos (about the causes of violence during the Cultural Revolution of the 1960s).  A third was Unstately Power (about local reforms in China from the early 1970s).  A fourth was called Political Booms (comparing political and economic development in East China, Taiwan, Thailand, and the Philippines).  In 2015, I published a book called Philippine Politics: Possibilities and Problems in a Localist Democracy, and earlier this year another with the title Democratization in Hong Kong – and in China?.  My wife and I have visited Hong Kong and Shanghai for many years.  All of these studies try to consider both material and normative factors of change, and they all take some account of dumb random contingencies.
2. Is this your first time in Finland? What do you plan to do in Helsinki?

The answer to this question will date me:  my first trip to Finland was in 1961.  I entered from Leningrad (and Vyborg) in the USSR – and even though this trip occurred during a spell of Khrushchevian thaw, Finland was a “breath of fresh air” after the Soviet Union.  I had been studying Russian language (now mostly displaced by Chinese and Japanese from my sieve-like head).  Barbara-Sue and I have more recently visited Helsinki on brief stops during cruises.  On the current trip, we might take a day trip to Tallinn and hope to make friends at Helsinki University.
3. Can you tell us a bit about China-related research at Princeton University?

American universities, unlike Chinese universities, do not generally have many coordinated research plans in social sciences.  Individual students and faculty members try to figure out how they might make their best academic contributions.  My colleagues at Princeton include Tom Christensen, an international relations scholar (and former State Department official) who realizes that studies of IR require expertise in the domestic politics of the countries under consideration.  Another student of politics is Rory Truex, an assistant professor who applies up-to-date statistical methods for study of the National People’s Congress and other Chinese topics.  I enjoy China colleagues such as Benjamin Elman and Susan Naquin in History and East Asian Studies, Amy Borovoy and David Leheny in Japanese anthropology and politics, as well as Atul Kohli (Indian politics), Deborah Yashar (Latin American), and many others.

Prof. White’s lecture is sponsored and hosted by Department of World Cultures, Department of Political Science and Confucius Institute at the University of Helsinki.