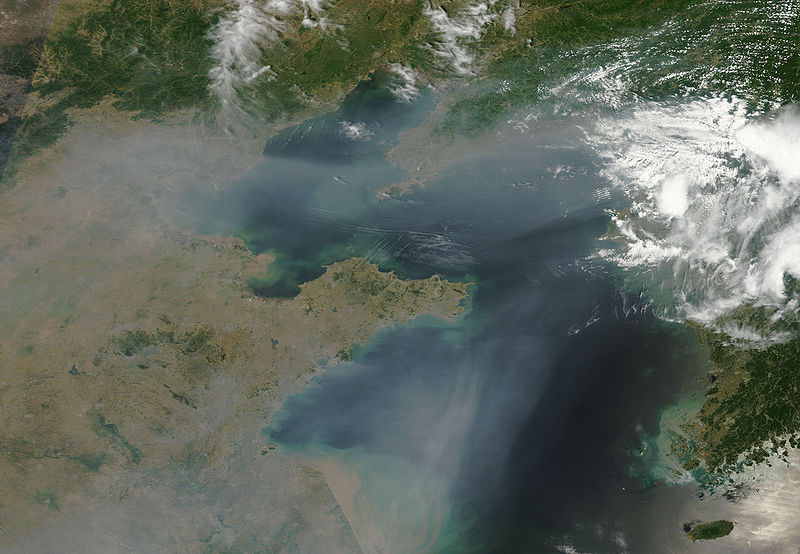 Image is from Wiki (Creative Commons)

By Lucie Koch and Jessica Febvre

China was the 25th country out of the 115 countries to ratify the Paris Agreement. In addition to its compliance to an international treaty aimed at reducing greenhouse gas emissions, and conceding to comply with other major environmental protection actions, China surprised its audience during Cop 22 – held in Marrakech between the 6th and the 18th November 2016 – by presenting concrete actions taken by Xi Jinping’s administration and by expressing a ‘sincere’ worry about global warming. The 12 days of negotiations at Marrakech were aimed at presenting and drafting tangible decisions to implement the objectives drafted in the Paris agreement on December 2015. Yet, this very same compliance from one of the greatest polluters in the world is not without suspicion. Thus, it is crucial to provide some explanations concerning China’s latest – since the 2000’s – interests in climate change and to question the sincerity of China’s implications concerning climate change.

Many arguments justify China’s recent interest in climate change. Journalists and politicians have argued that air and water pollution, which appeared as a consequence of both the green revolution and the numerous implementations and relocation in China – then referred to as the “manufacture of the world” – of foreign companies, radically altered Chinese people’s life. Some NGOs argue that the People’s Republic of China (PRC) is taking legal action to appease massive Chinese popular upheavals concerning pollution in China: according to their reports, popular protests related to the environment register a 120 percent increase between 2010 and 2011. In addition, worries about the growth of its population and the foreseen shortage of suitable water supplies and food supplies if no action is taken against global warming, justify Xi Jinping’s involvement in environmental issues. Besides, the pollution of China has started to harm China’s most important branch of its economy: agriculture (which still represents 12% of its total GDP). Consequently, the PRC has to act against the threat of global warming.

Yet, economists have underlined that China uses ecology as a new national-branding tool to first quieten internal upheavals, but mainly because it aims at building an attractive international image that would urge customers to buy and invest in China. Whether sincere or not, one question remains at the core of the debate: why China, which could easily act on its own on the environment issues, is turning towards an international policy? What are the motives behind an international involvement against climate change?

Involvement in the international effort against climate change as a means to improve the Chinese economy?

The pro-active behaviour of China to curb global climate protection policies could be motivated by less selfless or environmental issues. Indeed, “as is often the case in global affairs, good intentions are subject to the vagaries of economics and politics”. The involvement of China in international policy cooperation against global warming and pollution is not only based on the necessity of a global effort. One major internal cause of the interest in the development of clean energy is the rising demand for energy in China. Importing energy would put China in a position of dependence towards their providers, which could lessen its global influence state. Assuring alternative energy sources secures energy demands being met in the long run. This means that China wanted to develop alternative energy methods even before anti-pollution was on the agenda.

China also is a major producer of solar panels. Europe imposes tariffs on these solar panels and they could be abolished through pressure from anti-global warming lobbyists in Europe. The abolition of these taxes would make solar energy cheaper and would be especially important to China as it would allow it to be more competitive on the European market. Thus, this would be very profitable for the Chinese economy.

The need to create a positive international image is also a crucial driver for the participation of China in the global effort. Indeed, China, in addition to being denounced for human rights issues, is criticized for being one of the world’s biggest polluters and agents of global warming. By taking a position as pro-active member of the global effort against pollution, they can acquire respect, and therefore, less opposition from other international players. It allows China to have more power on the international negotiation field. Plus, by improving its global image as well as the air quality, China is making itself a more desirable destination for tourism internationally. Indeed, environmental policies are especially directed at historic places and iconic landscapes and waters. For example, Hangzhou is one of the cities which leads in the effort of sustainable tourism in China.

It should however be remembered that despite the economic advantage which could be part of China’s active involvement in the global environmental effort, the impact of this involvement is crucial. Indeed, China, as one of the world’s most blamed biggest polluters, sets an example for countries which would not consider the global warming issue seriously enough.

Article written by Lucie Koch and Jessica Febvre, Master students in Intercultural Encounters Programme in the University of Helsinki.