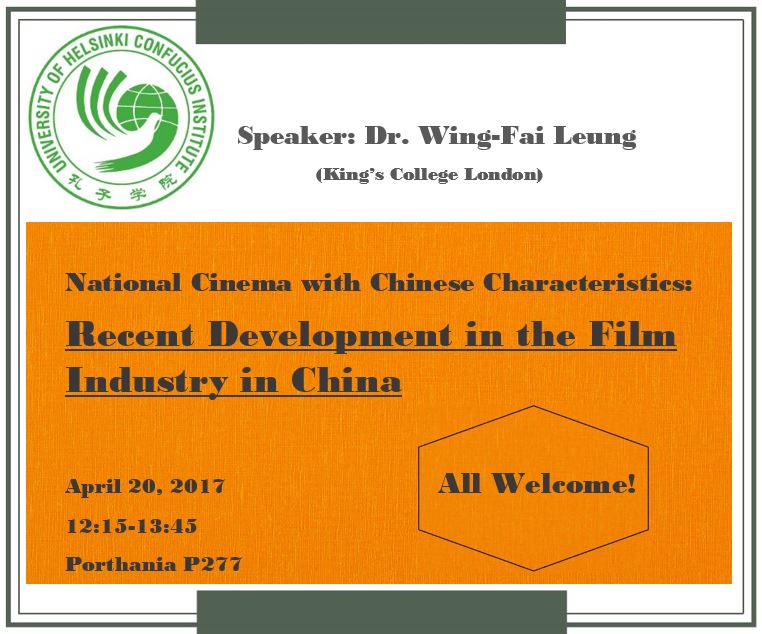 The Chinese film industry has only recently commercialized following the Open Door policy and the liberalization of state media in the 1990s. Nonetheless, the production and distribution of films remain tightly regulated by the State, while the handover of Hong Kong in 1997, the late 1990s Asian financial crisis and China’s accession to the World Trade Organization in 2001 have prompted rapid changes in the sector in the last 15 years. The film industry has absorbed the ailing film sector in Hong Kong, and in 2003 the State Administration of Radio, Film and Television (SARFT) licensed five private companies to distribute domestic films. While Hollywood studios continue to struggle with the quota system in China which limits the number of film imports to 34 a year, Chinese private corporations are expanding in foreign markets. Chinese cinema is also central to State policy to develop soft power, and the ‘Going Out Policy’ of cultural and media products, without repeating the huge success of seminal works such as Ang Lee’s Crouching Tiger, Hidden Dragon (2000) and Zhang Yimou’s Hero (2002). In the meantime, private enterprises including Wanda, and the three Internet giants Baidu, Alibaba and Tencent, have forced the integration of media platforms and begun to invest in film domestically and globally. This lecture considers the significance of commercial Chinese cinema as a unique tripartite state-private-regional industry model.

Leung Wing-Fai is Lecturer in Culture, Media and Creative Industries at King’s College, London, and was previously Lecturer in Asian Studies, University College Cork, Ireland. She has published articles in Information, Communication and Society; Sociological Review; Asian Ethnicity and Journal of Chinese Cinemas. Her monograph Multimedia Stardom in Hong Kong: Image, Performance and Identity is published by Routledge (2014), and she has co-edited East Asian Film Stars (Palgrave Macmillan, 2014) and East Asian Cinemas (Routledge, 2008).