THE EAGLE MEETS THE DRAGON:

U.S. and East Asia are “Pacific neighbors” with convoluted histories and a complex web of mutual political, economic, cultural, military, and security relations. These neighbors have formed alliances, made friends and enemies, fought wars, and contributed tremendously to each other’s development. For the past decades, East Asia has been firmly under U.S. hegemony, but predictions abound that the post-WWII and Cold War world-order is gradually giving way to a new one. Today, the relations between the countries are strained and in a flux. How, then, to make sense of the current power shifts and entanglements in the region? How the peoples and politicians of the countries involved view the situation and mutual relations? And where are U.S.–East Asia relations heading to? These are the questions addressed by our distinguished speakers. 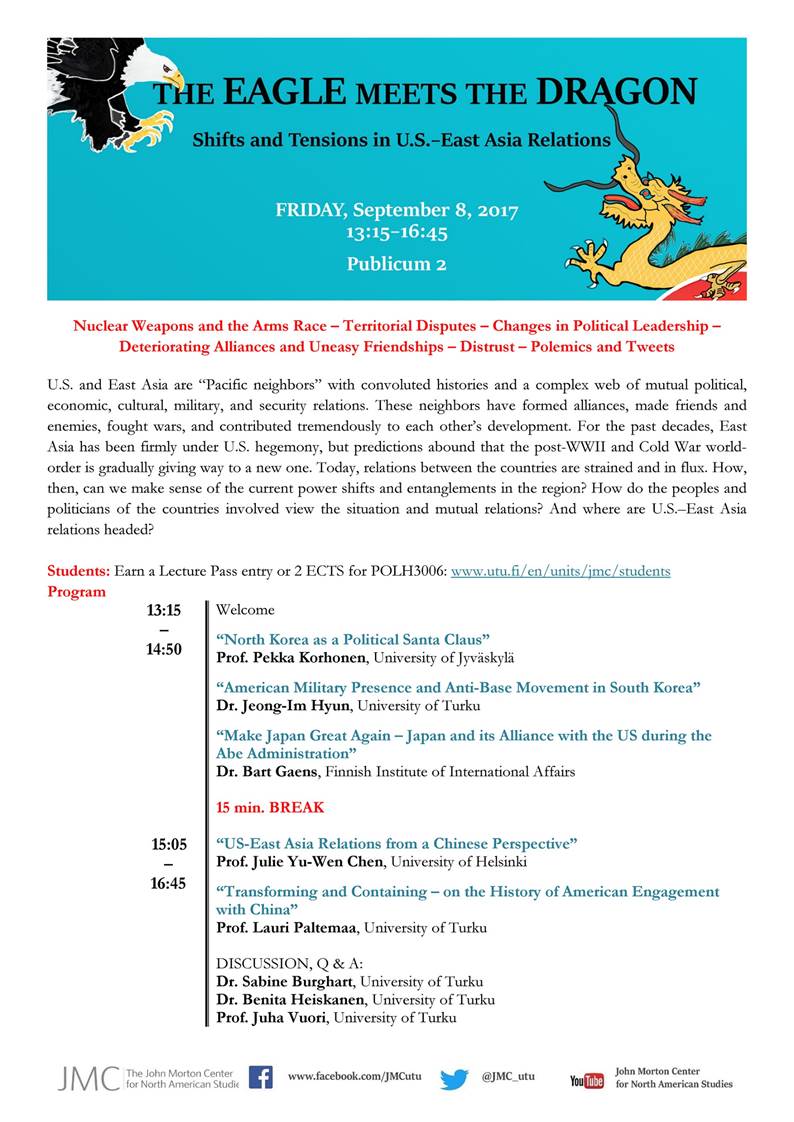