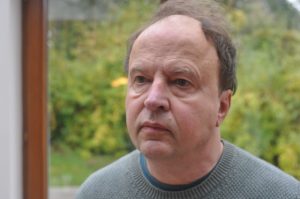 Guest Lecture “The EU’s one China policies: the question of recognition and non-recognition of Taiwan”

Professor Bruno Coppieters is Professor emeritus at the Department of Political Science of the Vrije Universiteit Brussel. He was head of this department from 2015 to 2019. He obtained his Phd in Philosophy from the Freie Universitât Berlin in 1991. His published works deal mainly with federalism, the ethics of war and secession, and conflicts on sovereignty in the Caucasus and the Balkans. He coordinated a EU financed teaching project on European Studies for the Abkhazian State University in 2012-15, and participated as an expert to the International Fact-Finding Mission on the Conflict in Georgia (IIFFMCG) in 2009. He was a research fellow at the Belfer Center for Science and International Affairs at Harvard University in the academic year 2003-04. He has co-edited the following books: Contextualizing Secession: Normative Studies in Comparative Perspective, Oxford, Oxford University Press, 2003; Statehood and Security: Georgia After the Rose Revolution, Cambridge/Mass., MIT Press, 2005; Moral Constraints on War: Principles and Cases, Lanham/Md., Lexington Books, 2008 (2d edition).