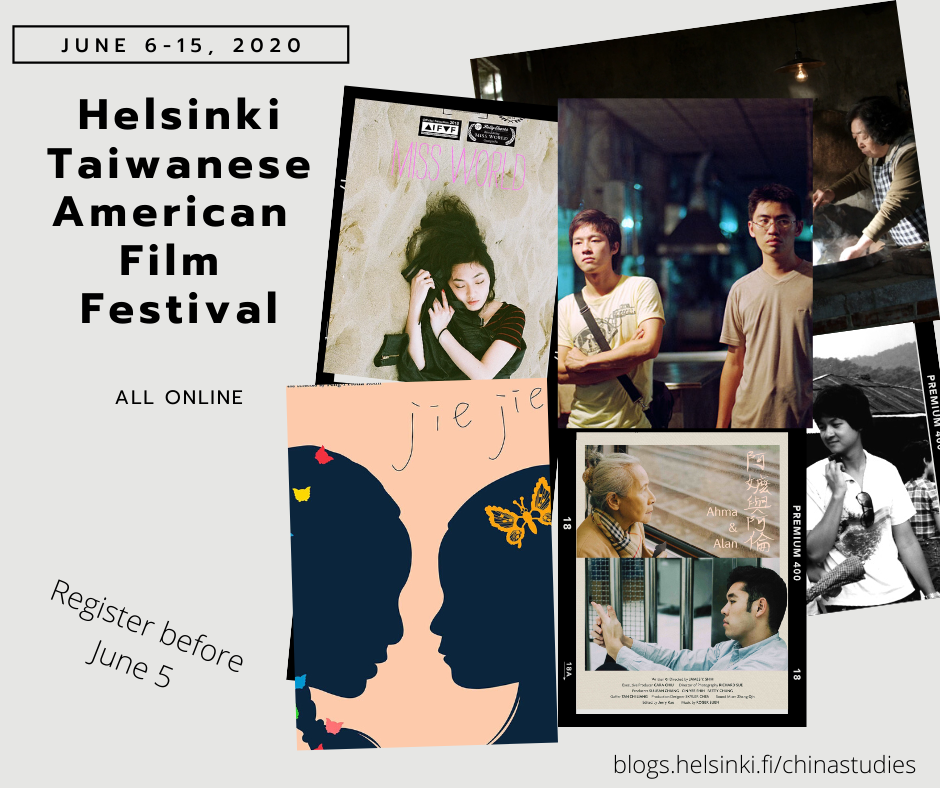 The University of Helsinki will be hosting its first Taiwanese American Film Festival this June! From June 6th to June 15th, this festival will showcase five short films by Taiwanese Americans filmmakers and a feature documentary about the Taiwanese diaspora experience. This will be the first time these films will be screened together for a Nordic audience. Ranging from dramedy to horror to documentary, these stories explore returning back home and the (re)connection and disconnection with one’s family, culture, and language in an unfamiliar familiar environment.

The Helsinki Taiwanese American Film Festival hopes that through film, audiences may get a glimpse through the Taiwanese American lens of the push and pull of cultures and traditions between old and new homes, and coming to terms with one’s multi-cultural identity. REGISTER BEFORE JUNE 5th HERE.  (REGISTRATION HAS CLOSED NOW)

A Taiwanese grandma (ahma) has to travel from a rural town in central Taiwan to the capital city of Taipei in the north to pull Alan, her American-born grandson, out of jail before he gets deported by a vindictive police officer.

JIEJIE is a portrait of two young sisters being raised by a single Taiwanese immigrant mother in Los Angeles in 1997.

A-Zhi returns home to Taiwan for the first time in many years just as his younger brother, A-Yong, is leaving with friends for “huan dao,” or a round-the-island scooter trip. An accident with A- Yongʼs scooter causes them to spend time together in a dysfunctional reunion.

A young Taiwanese woman comes home from living abroad, to say goodbye to her uncommunicative father before he has to start serving time in prison.

A pregnant woman and her husband visit her aging grandmother in the rural mountains of Taiwan only to witness the older woman’s mysterious disappearance through the will of a malevolent mountain spirit.

Please register before June 5, 2020. You will then have access (links and passwords) to the films from June 6-15. You will also get the invitation to join the online zoom meeting with the filmmakers and Prof. Chris Berry (Film Studies, King’s College London) to explore these films together. The zoom meeting will take place 9 AM on 15 June Helsinki Time.