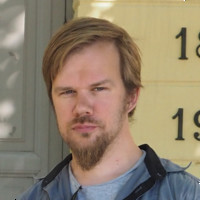 Register before 9 am, 14 October. Zoom Link to be given later

As the Western led ‘liberal international order’ is encountering increasing challenges, Chinese leadership is offering its own visions of a more peaceful, harmonious and just world. This online lecture studies these visions, focusing on the classical philosophical concept of “tianxia” and its modern, reformed rendition proposed by president Xi Jinping: “the Community of shared future for mankind”.

Bio of the Speaker

Matti Puranen (MA, MSSc) is a doctoral candidate (Political Science) at the Department of Social Science and Philosophy at the University of Jyväskylä, from which he graduated in General History and Political Science in 2014. His dissertation focuses on Chinese thinking on world politics and global governance, especially on the use traditional philosophical concepts (such as “tianxia”) in contemporary debates. Puranen has been teaching at the National Defence University of Finland and Univeristy of Lapland and works as a contributing editor at the Finnish online magazine on international affairs, The Ulkopolitist.