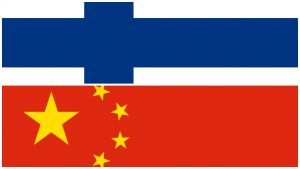 Jyrki Kallio, a China expert and Senior Research Fellow at the Finnish Institute of Foreign Affairs (FIIA), sees Xi’s visit to Finland as the first Nordic state and only European country before continuing his journey to the U.S., as a diplomatic victory. In a conference held at FIIA on April 4, 2017, Kallio mentioned five factors that might have affected the choice of Finland as a stopover destination. Firstly, Finnish diplomats and have exerted great efforts to receive President Xi for a state visit to Finland to celebrate the 100th years anniversary of Finnish independence. Secondly, Helsinki provides a convenient layover halfway between China and the U.S., where the Chinese President is heading afterwards. Thirdly, Finland and China have long history of friendly relations, providing the president with an affable and relatively easy stop before continuing his journey to more challengeable negotiations in the U.S. Further, Finland’s festive year places more importance on the state visit, and the occasion resonates with the Chinese audience, as both Finland and China have led a battle of freeing themselves of foreign powers. Lastly, Kallio noted that Finland’s chairmanship of the Arctic Council might also have affected the choice. China’s interest in the Arctic region has been growing due to the natural resources potential in the region and the trade routes that may be increasingly utilized due to the melting of the ice cap.

In his own address to Finland, published in Helsinki times on April 3, 2017, President Xi remarked the purity of Finnish nature, honestly of the Finnish people and the philosophy that incorporates innovation, which he had the opportunity to familiarize himself with on the two previous visits to Finland before his current position as President. He also mentioned a few of Finland’s achievements and remarkable people, such as Linux, the composer Jean Sibelius, and Finland’s favourable ranking in the World Happiness and Corruption Perceptions indexes.  He also mentioned the Finnish concept of “sisu” as well as Finland being at the crossroads of Eastern and Western civilizations. It is clear from the President’s address that he has indeed familiarized himself with the most fundamental cultural attributes of the Finnish nation.

In his address, President Xi also considered the long history that the countries share. Finland was among the first few Western countries, together with Denmark and Sweden, to recognize the People’s Republic of China. In 1952, Finland invited China to participate in Olympic Games held in Helsinki, which was the first time for China to do so. President Xi views the Sino-Finnish relationship as setting an “example for peaceful coexistence and friendly exchanges between two countries that are different in size, culture and development level,” with great opportunities for expanding cooperation based on win-win solutions, equality and mutual respect. President Xi also welcomed Finland to take an active part in China’s Belt-and-Road initiative, and expressed interest in cooperation especially in the areas of innovation, entrepreneurship, clean energy, bio-economy and the Arctic region.

The China Daily, a Chinese state media, also noted that this was the first visit to an EU member state this year by President Xi, and “the trip will see the two states work out a new blueprint for the development of bilateral ties and sign a host of cooperative deals,” in mutual wish to further enhance cooperation. The article stressed cooperation in innovation, praising Finland as one of the “most innovative countries in the world,” which fits well with China’s innovation-driven development strategy. Also the 2022 Winter Olympic Games that will be held in Beijing were brought up as a topic of mutual interest and cooperation.

During the visit, Finland’s Prime Minister Juha Sipila stated the desire of his country to join China in defending free trade and promoting globalization. Economic issues came to the front in discussions between Prime Minister Sipilä and President Xi, while talks between the two Presidents focused on political and foreign affairs. Prime Minister Sipilä wanted to underline and recall President Xi’s speech delivered in January at the annual gathering of the World Economic Forum at Davos, Switzerland, underlining President Xi’s lines that “the global economy is the big ocean that you cannot escape from” and there is the need to “embark on the right pathway of integrating into economic globalization with the right pace” in his efforts to fight isolationism and protectionism and supporting free trade and cooperation.

The relationship between China and Finland has grown deeper and stronger than the past, and China’s investment in Finland is increasing. For instance, an investment of 1 billion euros by Chinese companies is expected in two separate project in the north of the Finland, and the Chinese have plans to invest in two Finnish biofactories. Other factors strengthening cooperation include growing Chinese tourism in Finland, and collaboration among Finnish and Chinese universities, companies in the biofuel, clean technology, green energy, metals and forestry sectors as well as collaboration in Arctic research. The complementary economic relationship that China and Finland share is an important component of a long-lasting cooperation, and provides a solid foundation for state relations.

Commenting on the two countries’ role in the international community, President Niinistö noted that “as we state in our Declaration, we support the United Nations, its Charter and policies. We will work together to resolve global challenges. Also as a permanent member of the UN’s Security Council, China plays a key role in safeguarding global stability.” President Xi stated that “a prosperous and stable Europe is conducive to world peace and development” and both Finland and China are working in order to preserve and promote stable relations, free trade and a sustainable globalization process.

To conclude, both Finland and China place value on the strong and friendly relations between the two states. Cooperation has grown in various sectors within the past decade, a trend that is likely to continue. Receiving China’s president in Finland could be seen as a diplomatic victory to Finland. Finland has benefited greatly from Chinese business, investment and growth in Chinese tourism in the past few years. The Chinese media also had extensive coverage about the visit, signifying the mutual interest in upholding cooperation and friendly ties.

Written by Cristina Juola and Katia Scicchitano, students at the University of Helsinki.

Any opinions expressed in this blog commentary are the opinions of the author(s), and are not the views of or endorsed by the UH Chinese Studies. The accuracy of the Content should not be relied upon and should be independently verified with primary sources of information.