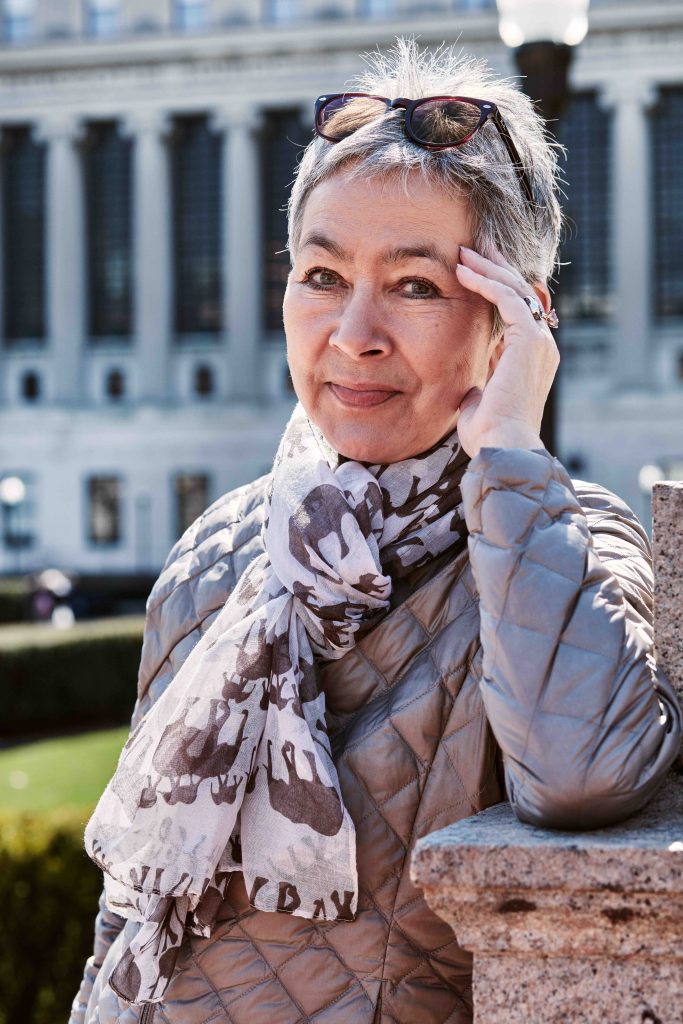 “Before, I was married to a photographer, and we were detained in China 1991, and they separated us. And, you know how Chinese walls are very thin, so he was on the other side of the wall, and they were shouting at him in Chinese, and he spoke absolutely no Chinese, and he was coughing all the time. And that’s probably the worst thing I’ve ever experienced, because I could hear him clearly, and it was not going well. And he didn’t know what they were saying. That, of course, meant that I was basically willing to say almost anything in order to protect him. It was very unpleasant. We got out, both of us, and in one piece, and much the wiser. “