Ethnographic Perspectives on Change and Continuity in China 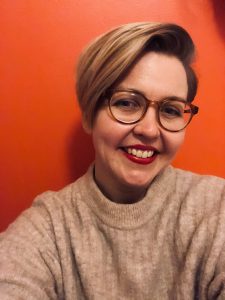 The People’s Republic of China has undergone tumultuous and varied sociocultural developments over the course of its history. In this episode, Dr. Suvi Rautio talks about some of the ways in which people and communities have dealt with the resulting change (or lack of it) based on her ethnographic research. Dr. Rautio is currently working on a research project dealing with Maoist China, drawing from her own family history in Beijing to explore how intellectuals navigated life in China’s capital during social upheaval. By contrast, Dr. Rautio’s previous research has focused on rural village life in Southwest China – she has conducted fieldwork in a traditional Dong ethnic minority village where villagers and authorities try to combine heritage preservation and socioeconomic modernisation. We also discuss how similar struggles between preserving the old and making way for the new have unfolded in modern-day Beijing.

Suvi Rautio is a postdoctoral researcher at the University of Helsinki. Her current project focuses on the transmission of memory and loss among Beijing’s intellectual class during the Maoist era. She has also hosted podcasts on Chinese studies and anthropology in the New Books Network.

This episode is made by Ari-Joonas Pitkänen, doctoral candidate at the Centre for East Asian Studies, University of Turku.