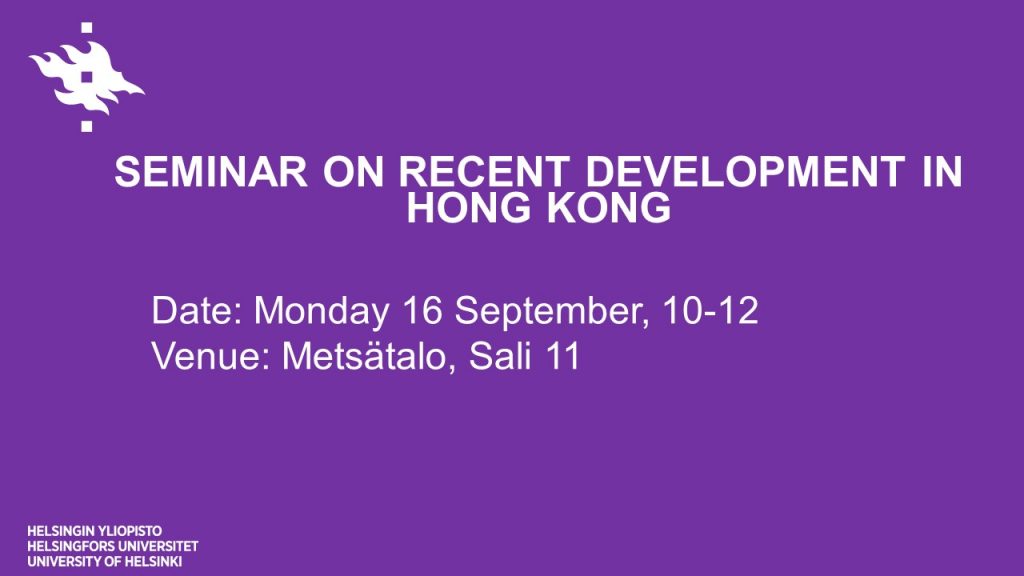 10:25 Hong Kong in and out of the Anglophone Media by Dr. Dušica Ristivojević (Kone Foundation Bold Initiatives Researcher, University of Helsinki)

The introduction of the Fugative Offenders and Mutual Legal Assistance in Criminal Matters Legislation (Amendment) Bill in March 2019 triggered a growing waves of protests which are lasting to date. This talk will address the ongoing situation in Hong Kong by using two sets of data: the reports and opinions disseminated by some of the most influential global opinion-making media outlets, and the information widely available through the social media platforms. The tweets and facebook posts; the texts and images from the Guardian and the Times; the New York Times and the The Washington Post; as well as from the Global Times and the South China Morning Post will be brought together to reconstruct and examine the evolving representations of the protest and its context. Media analysis will be informed by the speaker’s long-term observation of the regional support networks of contemporary social activists from Taiwan, Hong Kong and China and the activities of post-1989 socially-engaged Chinese diaspora.