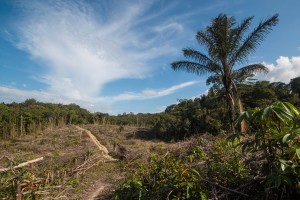 In the mid-70s a heated debate over the applicability of E. O. Wilson & Robert MacArthur’s Theory of Island Biogeography to conservation planning puzzled ecologists around the globe. Some defended that the best approach to conserve biodiversity was to create large reserves whereas others argued that several smaller reserves would do a better job. This debate, which came to be known as SLOSS (Single Large or Several Small), eventually triggered the North American conservationist Thomas Lovejoy to design a large scale experiment to try to obtain much needed data to support the debate, which until then was mainly about ecological theory than actual data. The project, initially christened as Minimum Critical Size of Ecosystem Project came to be in the heart of the Amazonian rainforest, 80 km North of Manaus, Brazil. 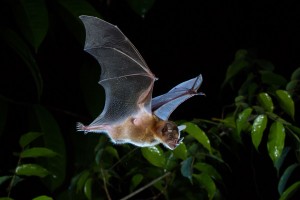 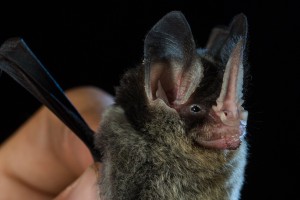 The project, known today as the Biological Dynamics of Forest Fragments Project (BDFFP) spans for roughly 1000 km2 and harbors a total of 11 fragments ranging from 1 to 100 ha in area within 3 large cattle ranches, and large tracks of continuous forest that serve as experimental controls (Laurence et al 2011). For more than 35 years hundreds of scientists have assessed the impact of forest fragmentation upon Amazonian biota, however, after cattle ranching activities ceased, forest regrowth dramatically changed the landscape, creating a “soft” secondary forest matrix that somehow masked the effects of habitat fragmentation by allowing higher fragment connectivity. Due to this, and for the fragments to continue as fragments, the BDFFP has been re-isolating the experimental forest patches every 10-years or so, by clearing a 100 m strip of secondary forest around each fragment. This drastically changes the contrast between fragment interiors and the surrounding matrix and, since even small clearings are barriers for many rainforest organisms (e.g. Laurence et al 2004), has the potential to alter the fragment’s community structure. 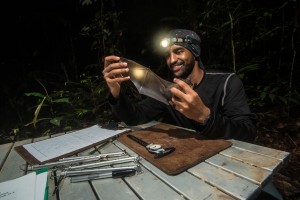 Between October 2013 and March 2014, 3 teams of around 15 men have been working around the clock to re-isolate BDFFP’s forest fragments, using nothing more than machetes and chainsaws. This was by no means an easy task. Working under a punishing equatorial sun, these men had to clear all vegetation in areas up to 44 ha around some of the larger fragments while avoiding to step upon any jararaca (the most common viper in the area).

During the last 2 years, and prior to fragment re-isolation we have sampled bats in a total of 8 fragments and 9 control sites in nearby continuous rainforest, leading to more than 5 000 captures of some 50 species. Ever since the project started we have been intrigued by how this planned re-isolation of the fragments would affect species dynamics across the landscaped so soon after the re-isolation work was completed, we rushed back to the field and for the last 10 weeks, I have, together with Adrià (my PhD colleague from University of Lisbon) and two volunteers, the Catalan Oriol Massana and the Portuguese Iolanda Guerra, been re-sampling all previously sampled sites. It’s still a bit too early to say if anything has indeed changed but in just month of fieldwork we have captured 3 species not previously recorded during the last 2 years of fieldwork, and all of those in the matrix!

Other than “normal” night-to-night fieldwork in the fragments and continuous forest, we have also been sampling bats in temporally ponds (which, this being rain season, are at their fullest). Working at night in the largest rainforest in the world already has something special about it… but working with water up to your neck, at night, in the largest rainforest in the world brings it up a whole completely different level. The special thing about this lakes (other that they are home to anacondas (see photo below), caimans and the occasional tapir) is that many high-flying bats that solely fly over the forest canopy tend to come down for a drink and to feast upon the abundant insect fauna (e.g. Lopez-Baucells et al 2014). This is the place to visit if one fancies catching something new… and that’s exactly what has happened: during the last 2 months we have captured 2 of these extremely poorly known bats, namely Eumops hansae and E. maurus. The captured E. maurus, other than constituting the first record for the Brazilian Amazon has less than 10 captures worldwide, being one of the planet’s less known mammals!

This field season is now over. I’ll be returning to the field within a few months (in the dry season), stay tuned for new developments =)