Present-day landscape patterns may provide information on past dynamics of the landscape. Spatial ecologists have taken advantage of this for a long time, for instance to infer colonization rates and dispersal distances of species from their present-day spatial distributions and occurrence patterns.

Inferring past dynamics from present-day patterns gets more complicated if multiple landscape elements have been simultaneously on the move. In this case, it may be helpful to reconstruct and simulate past landscape dynamics, to understand how different dynamic elements must have interacted in the past to produce the present-day pattern. Methods that reconstruct past interactions may help us to understand complex dynamics, without having to wait for years for the accumulation of time series data.

In our recent publication in the field of spatial ecology, we tested this by using data on a well-studied epiphytic lichen, Lobaria pulmonaria. For our study area, fire scar data existed on the timings and locations of forest fires for a 400-year time period. Given this known landscape disturbance history, we simulated and calibrated the dynamics of L. pulmonaria host trees and L. pulmonaria colonizations so that they resulted in patterns that match with present-day data (locations of L. pulmonaria occurrences and host trees). Our resulting colonization model of L. pulmonaria performed well against a model fitted to time series data.

We hope to inspire further studies on complex dynamics that utilize multiple types of information contained in present-day landscapes.

Click to browse the interactive GVI map of Helsinki. 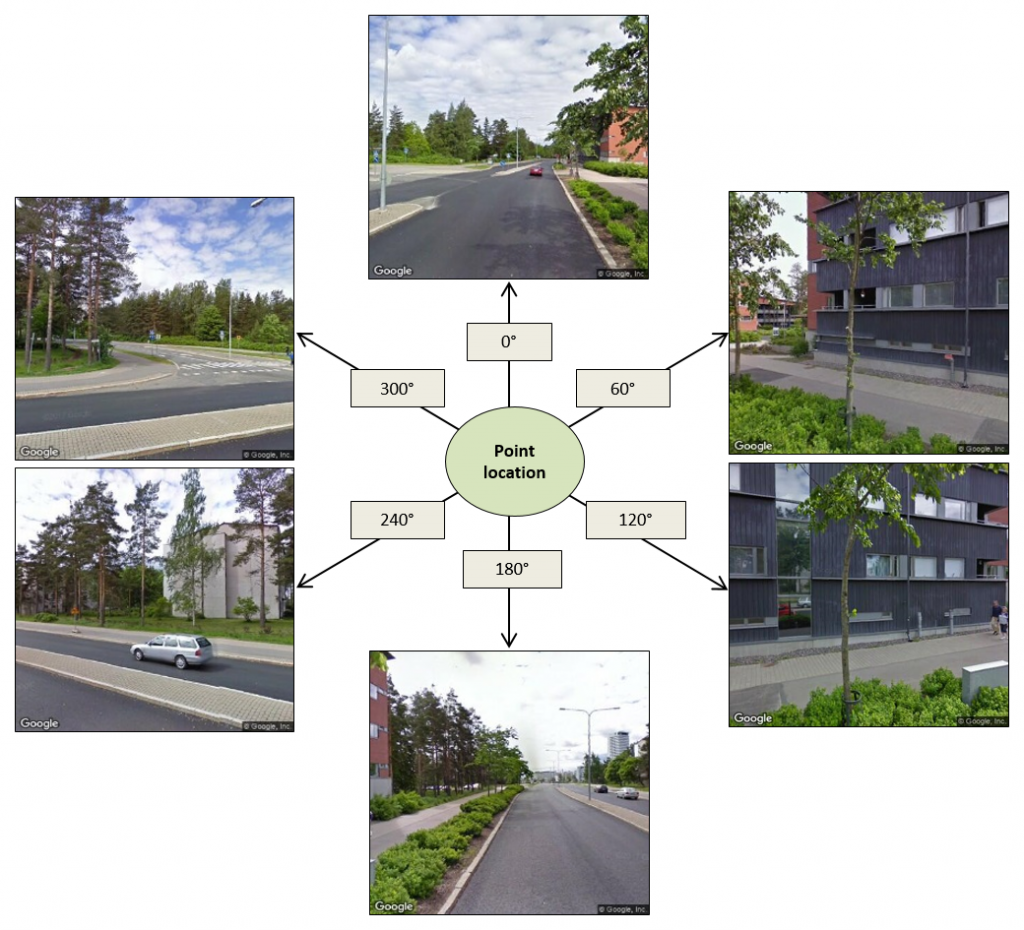 Figure 1. Summertime Google street view panoramas of Helsinki were downloaded in six horizontal images. The GVI value of a panorama is the average of these 6 images.

Street view imagery of Helsinki was downloaded from GSV application programming interface. The spatial extent of the data was limited by the availability of street view images of summer months. Every GSV panorama was downloaded in six images (Figure 1). The amount of vegetation in the images was calculated based on the spectral characteristics of green vegetation (Figure 2). The GVI value of each panorama image is an average of all the six images constructing the panorama.

Figure 2. From left to right: original, classified and overlay image. GVI was calculated based on the spectral characteristics of green surfaces. The GVI value of this street view is 43.97%.

Several green view maps of Helsinki were created based on the calculated GVI values (Figure 3). In order to understand the differences between human perspective and the aerial view, the GVI values were compared with the regional land cover dataset of Helsinki using linear regression. Areas with big differences between the datasets were examined visually through the street view imagery. Helsinki green view was also compared internationally with other cities with same kind of data available at the Treepedia website of Seanseable City Lab, MIT. 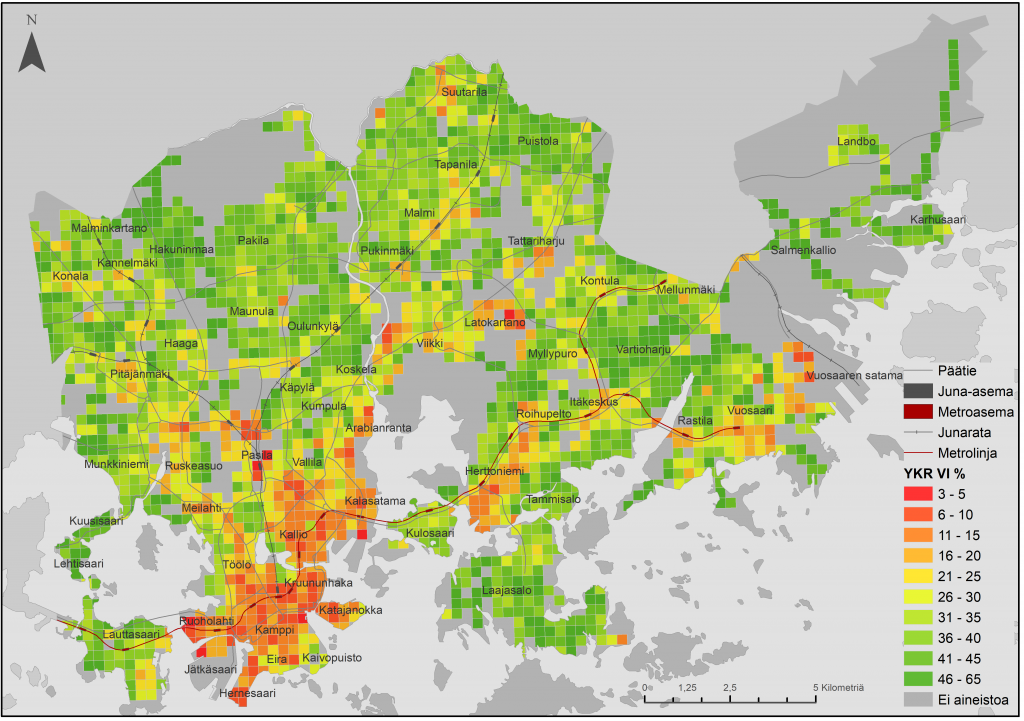 Figure 3. GVI values aggregated to YKR statistical grid. The downtown and industrial areas are easily recognized form the rest of the city with their lower GVI values.

It appealed that the green view of Helsinki is divided unequally across the city area. The lowest green view values can be found in downtown, industrial areas and the business centers of the suburbs. Highest values were located at the housing suburbs. Especially the older areas of lower housing like Kuusisaari, Lehtisaari and Laajasalo stand out with relatively high GVI values. Younger housing areas like Arabianranta, Latokartano and Herttoniemenranta have relatively low GVI values because of their yet undeveloped greenery.

When compared with the land cover data, it was found that the green view has a weak correlation with low vegetation and relatively high correlation with taller vegetation such as trees. Differences between the datasets were mainly concentrated on areas where the vegetation was not visible from the street by several reasons.  Main sources of errors were the oldest street view images and the flaws in image classification caused by other green objects and shadows.

Even though Helsinki has many parks and other green spaces, the greenery visible to the streets isn’t always that high. The green view dataset created in this study helps to understand the spatial distribution of street greenery and brings human perspective next to more traditional ways of mapping city vegetation. When combined with previous city greenery datasets, the green view dataset can help to build up more holistic understanding of the city greenery in Helsinki.

My thesis was a produced as a cooperation between the department of Geoinformatics and Cartography at the Finnish Geospatial research Institute and the Digital Geography Lab from the University of Helsinki. In the computing we made use of geospatial computing resources provided by CSC and the Open Geospatial Information Infrastructure for Research (oGIIR, urn:nbn:fi:research-infras-2016072513) funded by the Academy of Finland.

Akseli’s thesis (only in Finnish) can be found in here.
The data processing scripts are available at Geoportti GitHub.

More information, and a recording of the event is available here (in Finnish):

The event was organized by the Forum for Environmental Information (Ympäristötiedon foorumi in Finnish), which is a non-profit organization that aims at increasing interaction between the producers and users of environmental information in order to support national policy making in Finland, while keeping in mind the global significance of environmental problems.

Read also Henna’s blog about getting better at supporting urban biodiversity (in Finnish):

In this blog, we share latest news about our research activities, teaching, GISviz and so on! For more information about Digital Geography Lab, please visit our webpages at helsinki.fi/digital-geography.

Most of the Digital Geography Lab researchers are back at the office after relaxing summer holidays. We are happy to welcome Age Poom in the team!