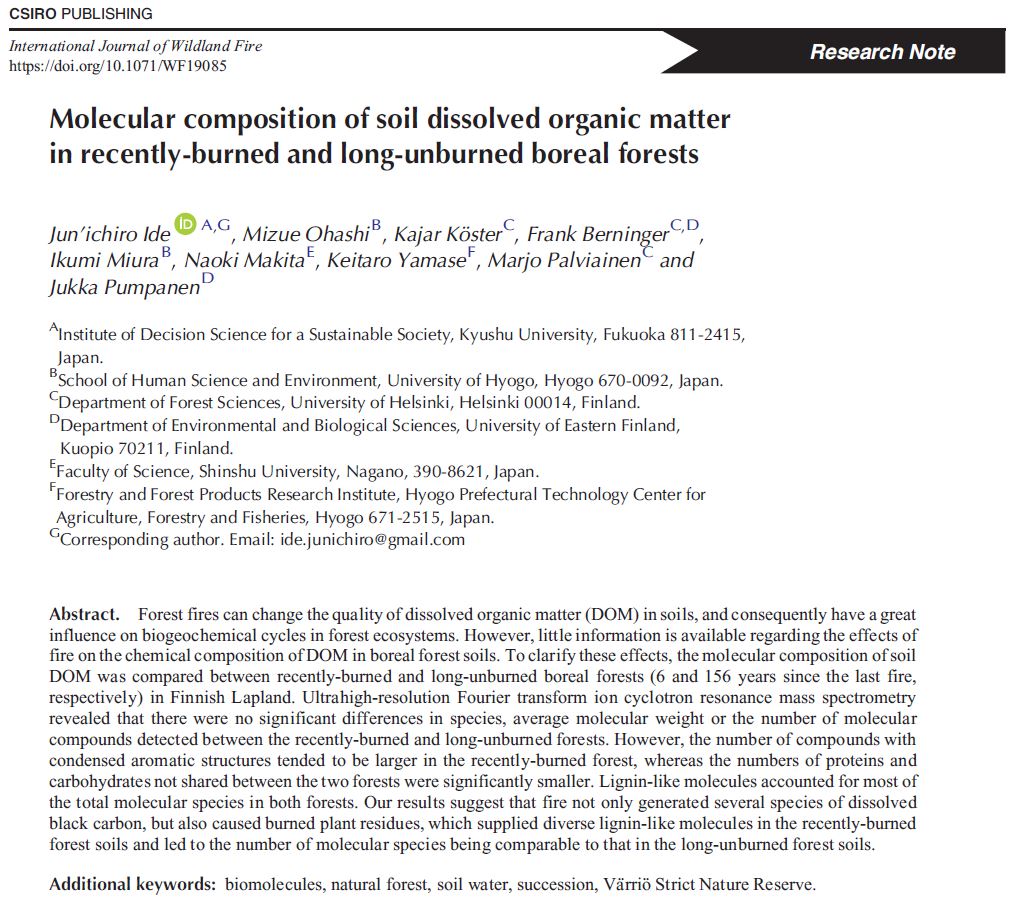 New paper by Ide et al., 2020 investigates how forest fires can change the quality of dissolved organic matter (DOM) in soils, and consequently have an influence on biogeochemical cycles in forest ecosystems. To clarify the effects of fire on the chemical composition of DOM in boreal forest soils, the molecular composition of soil DOM was compared between recently-burned and long-unburned boreal forests (6 and 156 years since the last fire, respectively) in Finnish Lapland.