Self-isolation does not prevent research seminars from happening. Today, Margarita Zavadskaya together with Anna Shirokanova, senior research fellow, Laboratory for Comparative Social Research (LCSR) presented their research, that they have been doing together with Elena Sirotkina, doctoral student, University of North Carolina, at the Russian Media Lab Network cyber lunch. The paper they presented is titled “Is it who is saying or what is being said? Mechanisms of disinformation under non-democracies. Evidence from a survey experiment in Russia” and is a result of the research based on a nationwide survey, where the participants were asked how do they perceive two ideologically polarised media messages depending on the media outlet they are published in – Channel One or Ekho Moskvy. 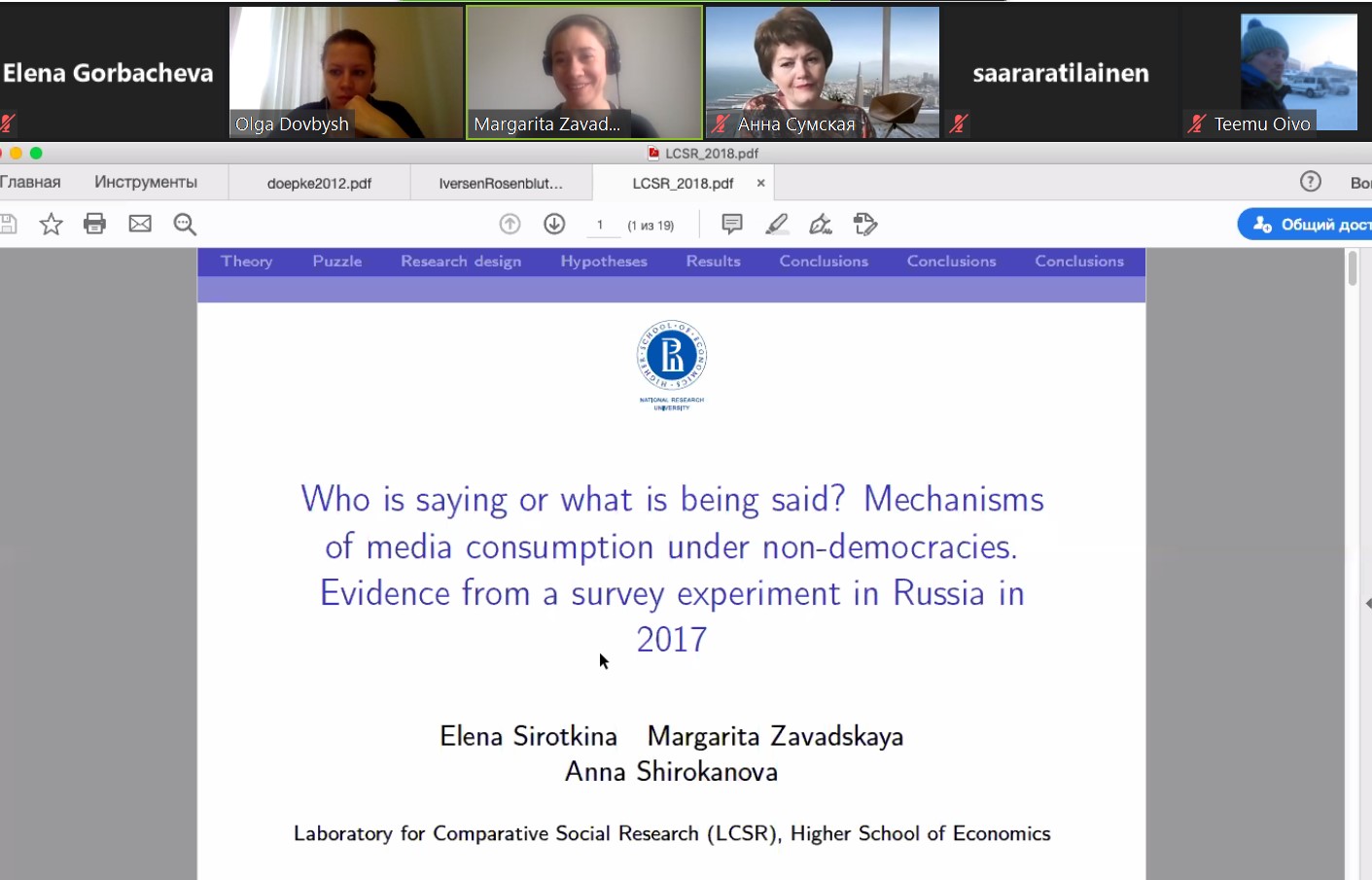 How good citizens are in defining disinformation in an autocracy? Which information they name credible and what influences their perception of credibility? On a representative sample of the Russian population, we run a story-based vignettes experiment to find out how consistency of the message and the source influences credibility to the information provided given partisanship and perceived neutrality. We find that overall citizens accurately identify which of the polarized opinions is more likely to appear at a pro-government and a pro-opposition source. However, the message content and its tone coupled with the respondents’ partisanship define whether s/he deems the piece of information credible and trustworthy. Perceived neutrality is the main mechanism, which forces credibility to the message. This perceived neutrality proves to be a key heuristics for navigation in media for citizens from both pro-government and pro-opposition flanks. The results of the survey experiment suggests that respondents generally admit that the Russian media mostly transmit pro-government messages, while largely fail to spot the pro-government bias having been intentionally exposed to it. These findings adds up to the argument that public opinion under autocracies does not entirely result from the preference of falsification, but also from ‘the preference for propaganda’.