Conferment Ball – The final event of the three-day celebrations. A part of the programme is a set of old dances that will be rehearsed beforehand. After the ball, the participants proceed through the main park of the centre to the university to greet the rising sun. 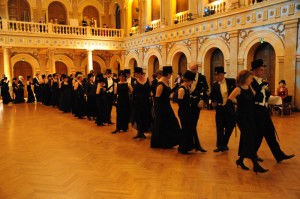 Conferment Dinner – Dinner arranged on the evening of the actual Conferment Ceremony.

Conferment Outing – An informal outing arranged for the doctors the day after the Conferment Ceremony.

Conferrer – The eldest of the professors of the faculty is given the honour of the Conferrer, who is the highest-ranking official of the ceremony. Confers the academic status of doctor to the promovendi.

Head Marshal – The Head Marshal is responsible, together with the Master of Ceremonies, for the smooth running of the event. Is in charge of the marshals during the festivities.

Honorary Doctors – Doctor honoris causa. An honorary doctorate may be awarded to anyone that the faculty deems to have deserved the honour, regardless of their prior educational background.

Jubilee Doctor – Doctor semisaecularis. Jubilee doctors are those who were conferred 50 years ago, at the ceremony of 1965.

Marshals – University students who assist the Head Marshal and the Master of Ceremonies during the festivities. Their duties include guiding guests and standing as the honorary guard, as well as making sure that the events proceed as planned. Marshals can be identified by long colourful sashes worn over the shoulder and the student cap. 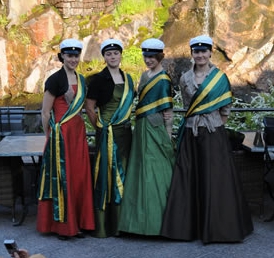 Master of Ceremonies – A professor of the faculty who is responsible for the all the ceremonial aspects of the event, together with the Head Marshal.

Officiant – An official of the conferment ceremony chosen by the faculty: the Conferrer, the Master of Ceremonies and the Head Marshal.

Primus / prima – The doctor with the highest mark for his/her thesis. He/she will answer a question posed by a professor of his/her discipline and, as a representative of all the promovendi, thus proves their learning.

Promovendus (pl. promovendi) – A Doctor of Veterinary Medicine or a Doctor of Philosophy who will have their rank bestowed onto them at the ceremony. Usually takes part in the festivities with his/her companion, the sword-whetter.

Ultimus / ultima – The doctor with the second highest marks for his/her thesis. Ultimus will give a speech to the guests at the end of the ceremony.

Sword-whetter – The companion of the promovendus. Despite their name, they do not have to whet the doctoral swords.

Sword-whetting dinner – The dinner arranged on the eve of the Conferment Ceremony. Some swords will be symbolically whetted with champagne. 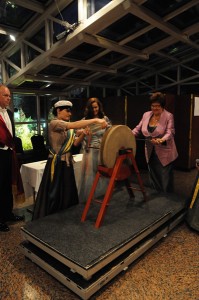