The EuroEnviro student symposium was created in 1995 in Born, Germany. The aim was to exchange opinions with other students on environmental sciences and ecopolitical issues. Since then, the meeting has taken place in many European countries all over the continent, first under the name of BiB (Born-in-Born), later renamed as EuroEnviro.

Below you can see the brief history of the EuroEnviro, having been organized 18 times in 16 European countries since 1995. Clicking on the links you can also access and view final reports of the last four symposiums 2009–2012. 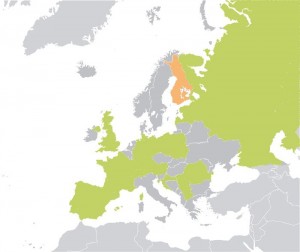