Dietary Fibre can be obtained from consumption of whole grain cereal products or products reach in cereal Fibre, vegetables and fruits. Consumption of cereal fibre is highly recommended due to its protective effect against

The mechanism of action is complex as was recently hypothesized:

Fardet, Anthony. “New hypotheses for the health-protective mechanisms of whole-grain cereals: what is beyond fibre?.” Nutrition Research Reviews 23.01 (2010): 65-134.

Below is a figure from the article showing the Current and the new proposed mechanisms involved in protective effect of whole-grain cereals. 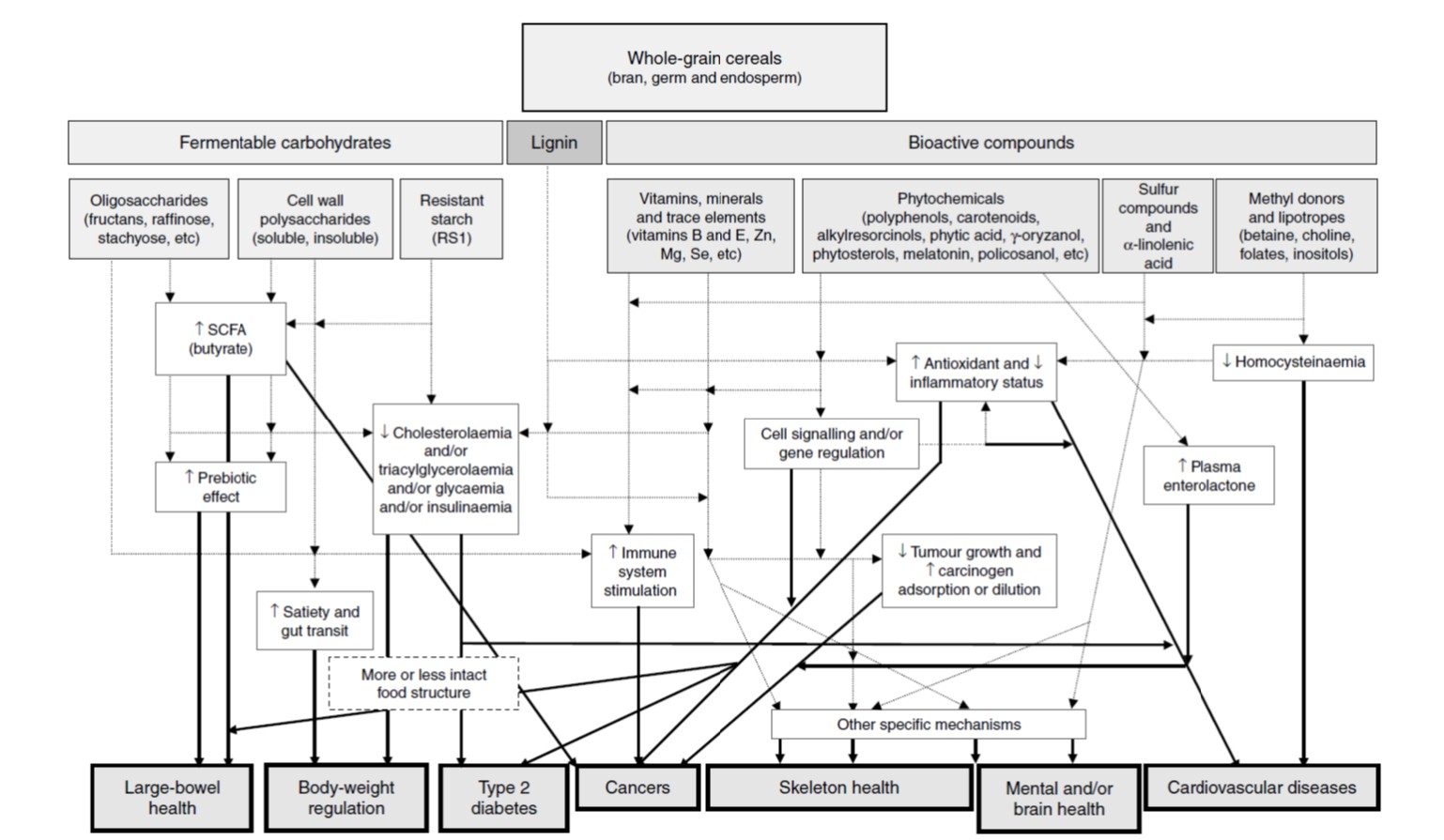 More on the health effects of dietary Fibre: Healthgrain forum