“Respect for religion”: Islam and the state in a multicultural Ireland 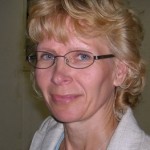 This research focuses on the governance of transnational Islam in the Republic of Ireland. It is based on my previous study, entitled Religious freedom, multiculturalism, Islam. Cross-reading Finland and Ireland (Brill, 2006), where I showed how, in spite of all the rapid changes of secularisation and pluralisation in recent decades in Ireland, re­ligion seems to hold a prominent place in the everyday life of Irish people. In addition to this general religiosity, Ireland is also different in comparison with many European countries with respect to the public role that religion plays in Irish society. Consequently, Ireland offers a dynamic case of a country where a particular kind of interplay takes place between religion and secular pluralisation. On the one hand, this raises questions concerning the way the Irish state is dealing with its Muslim populations: What is particular to the governance of transnational Islam in Ireland, and why? How does “respect for religion” in Ireland translate into practical policies when dealing with religious minorities such as Muslims?

This study is being conducted in collaboration with Dr. Oliver Scharbrodt and his research team, based at the Study of Religions Department, University College Cork, Ireland.

The central results of the project are published in the following publications: