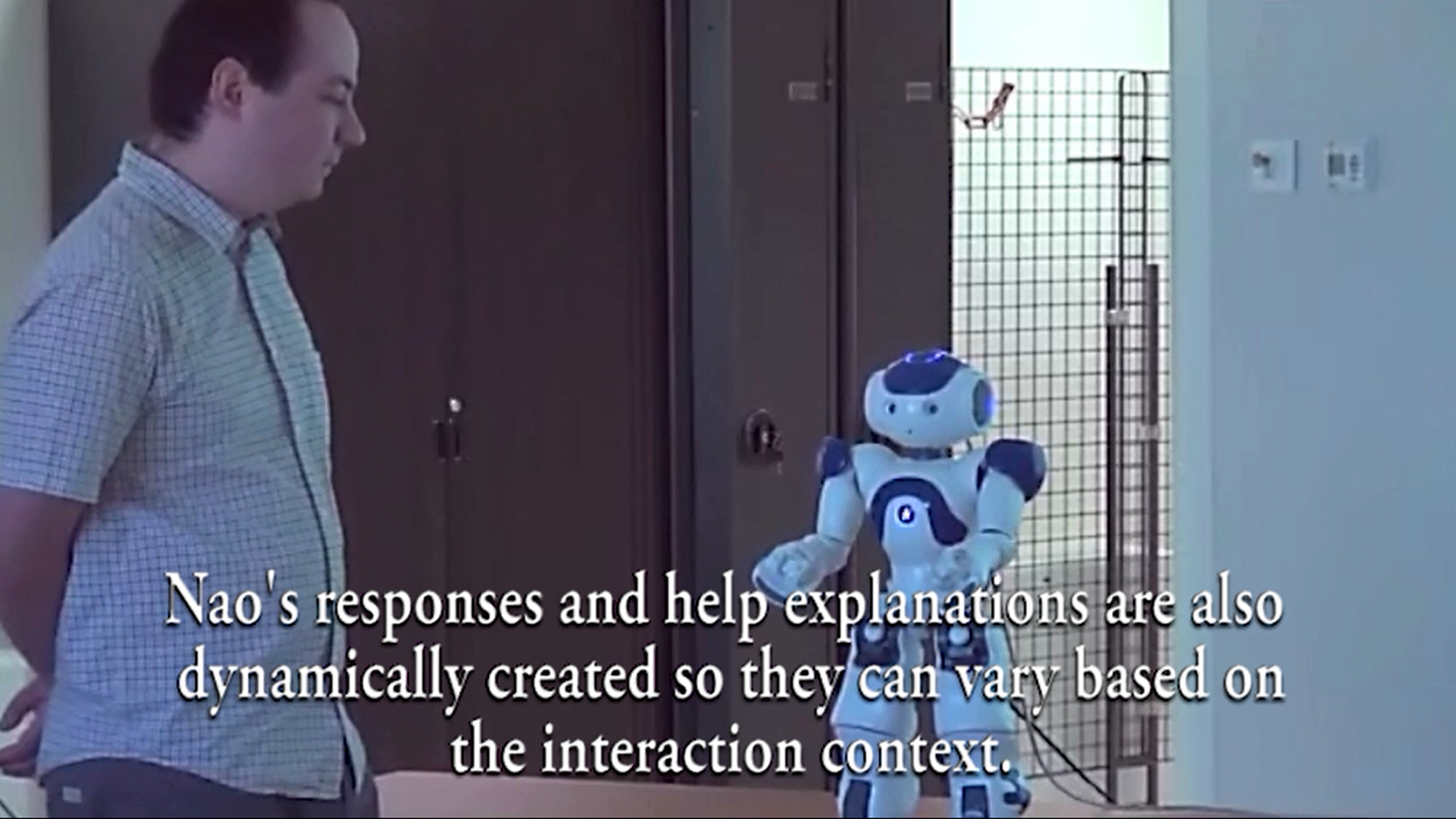 This was the first ever demo of WikiTalk on a Nao robot at International Summer Workshop on Multimodal Interfaces in Metz, France in 2012.

The speech recognition on this older robot was often difficult due to low confidence scores (he keeps asking Did you mean “Enough”?). The demonstrator has to lean forward and speak directly into the microphone on the robot’s forehead. Despite this, the demo showed that WikiTalk could support successful information access by dialogues with a talking robot.

Speech recognition has improved greatly since 2012. In later videos, the robot does not need to ask for confirmation, and the human partner does not need to lean forward to get close enough.

This early version of WikiTalk was for English only. Later versions also support Finnish and Japanese, and can switch languages on request.