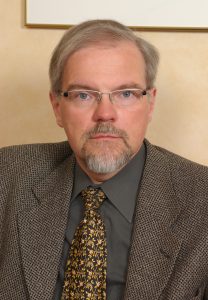 Professor Koponen received his certification as a psychiatrist in 1989 and was appointed a Docent in Psychogeriatrics at the University of Tampere in 1991 and a Docent in Psychiatry at the University of Helsinki in 1993. He has worked as a consultant in the National Supervisory Authority for Welfare and Health in 1996-2016 and in the Finnish Medicine Agency Fimea since 2001. He has also been a member of the Educational Committee of the Finnish Psychiatric Association since 2016. He has served on several committees of the Finnish Medical Association Duodecim Current Care Guidelines project (depression, schizophrenia, cognitive disorders) and is currently chairing the committee for anxiety disorders. Professor Koponen is a member of the International Psychiatric Association.

Professor Koponen’s scientific activity started in the 1980s, when he conducted a prospective neuropsychiatric study on geriatric delirium, which was also the topic of his thesis. His current research topics include psychiatric epidemiology, schizophrenia, and psychopharmacology, and he has authored 243 Web of Science listed papers in these fields (H-index 35, citations 3636). He has also supervised seven theses in the fields of geriatric psychiatry, schizophrenia, and metabolic syndrome, and is currently supervising five theses.