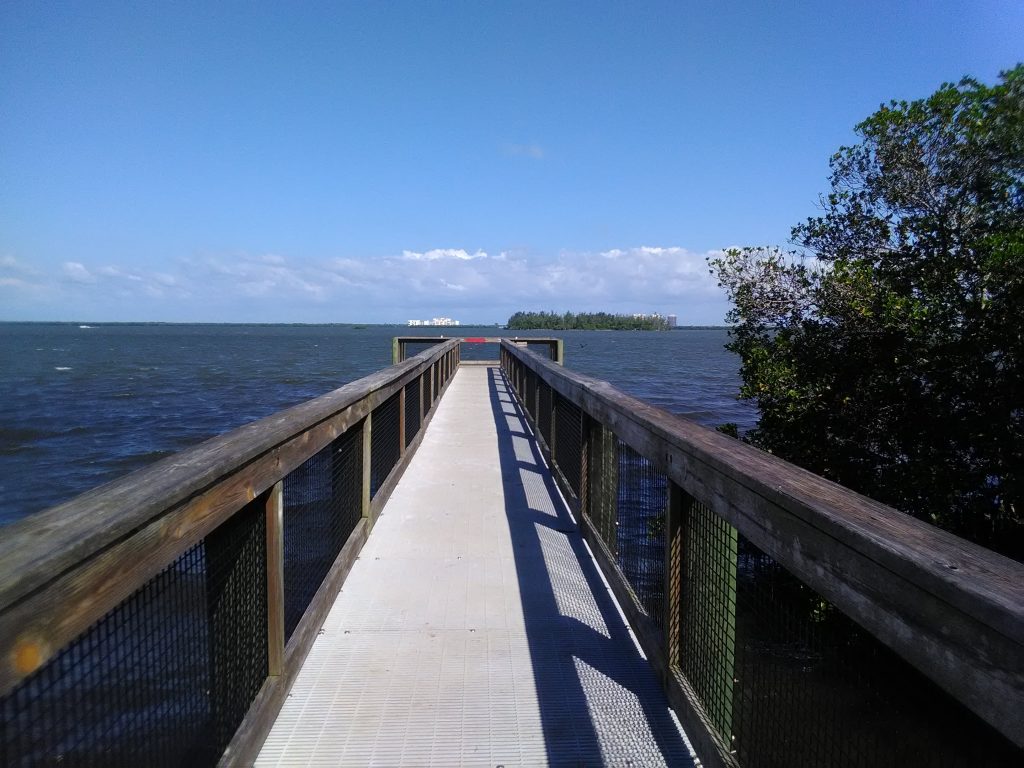 If someone had asked me five years ago, I probably couldn’t have guessed that I would be spending my sixth year of veterinary studies thousands of miles away from home, sitting inside a lab with an air conditioning as enthusiastic as October winds in Helsinki. Yet there I was, soaked in the familiar smell of Clorox wipes, whirring tiny tissue bits through various machines in the slow spurring excitement of soon finding out something, even small, that no one else ever has before.

Ever since I was a kid, I had always been fascinated by all things beneath water’s surface. After hearing my seniors joke about their one-hour shellfish courses in my first year, it however soon became obvious my basic degree in veterinary medicine wasn’t going to get me much closer to aquatic life than the occasional salmon picture on the work slides of our epidemiology lectures. Although aquatic health may seem trivial to some at a first glance (and I’ve received quite a few well-intentioned yet confused chuckles among my classmates for my interest in it), the often-used statement of the world consisting of mostly water holds true. Understanding and preserving this part of our environment holds an essential key to our common health. Humankind keeps growing, and as we do, a growing amount of our sustenance will come from beneath the surface in forms of aquaculture and fishing. More research is needed to understand the full effects of what we’re doing not only to the individuals living there, but to the environment, to us.

Last September, I got a new exciting opportunity to dive into this world through the HiLife traineeship grants, as I started my licentiate thesis research under the Wildlife Veterinary Research Group led by Dr. Annie Page-Karjian, clinical veterinarian and assistant research professor at the Harbor Branch Oceanographic Institute in Eastern Florida, Fort Pierce. Dr. Page-Karjian has previously been studying the phenomenon of cutaneous tumors, fibropapillomas, appearing on sea turtles around the globe. The tumors, although benign, can emerge anywhere on the turtles’ bodies, making it potentially difficult for them to eat, see, or swim normally, sometimes even leading to death. Reports of these tumors exist on all seven sea turtle species, but the green turtle (Chelonia mydas) seems to be by far getting the worst of it. Although the green sea turtle is the most common sea turtle species, it is currently classified as globally endangered by the IUCN due to extensive subpopulation declines. Fibropapillomatosis exists in green turtle populations worldwide with local prevalences of up to 80%, and is the leading cause of green turtle strandings in certain regions.

During their life cycle, green turtles exhibit several life stages. After leaving their natal beaches, they spend 3-5 years in an open ocean environment before gathering to specific feeding grounds near shorelines, where they typically only leave for breeding purposes. Hanging out near the shore leaves the turtles increasingly susceptible to human-induced threats such as pollution, environmental change, boat strike, and entanglement in fishing gear. Fibropapillomatosis most commonly appears in young green turtles following this habitat change, and although current information shows that the disease is partly caused by a herpesvirus, the current outbreaks seen are also likely deeply linked to environmental factors such as pollutants or increasing temperatures in these habitats. Although the disease does not seem to lead to death in most affected turtles, it might be an important indicator on the effects of human threats on sea turtle populations and on the overall ecosystem health in these areas. It is known that disease outbreaks and human-induced habitat degradation, loss of biodiversity and population reductions seem to rise hand in hand in wildlife populations, exacerbating together the effect of emerging and existing pathogens on local and global extinction rates. Due to their complex and slow life cycles and wide distribution, green turtles are considered significant sentinels for marine ecosystems that can be used for assessing anthropogenic hazards. Now, more than ever, understanding that one health, the concept that human, animal and environmental health are inherently linked, is of utmost importance, and insight into these sentinel species is one way to assess the effects of the actions of our society on the environment. 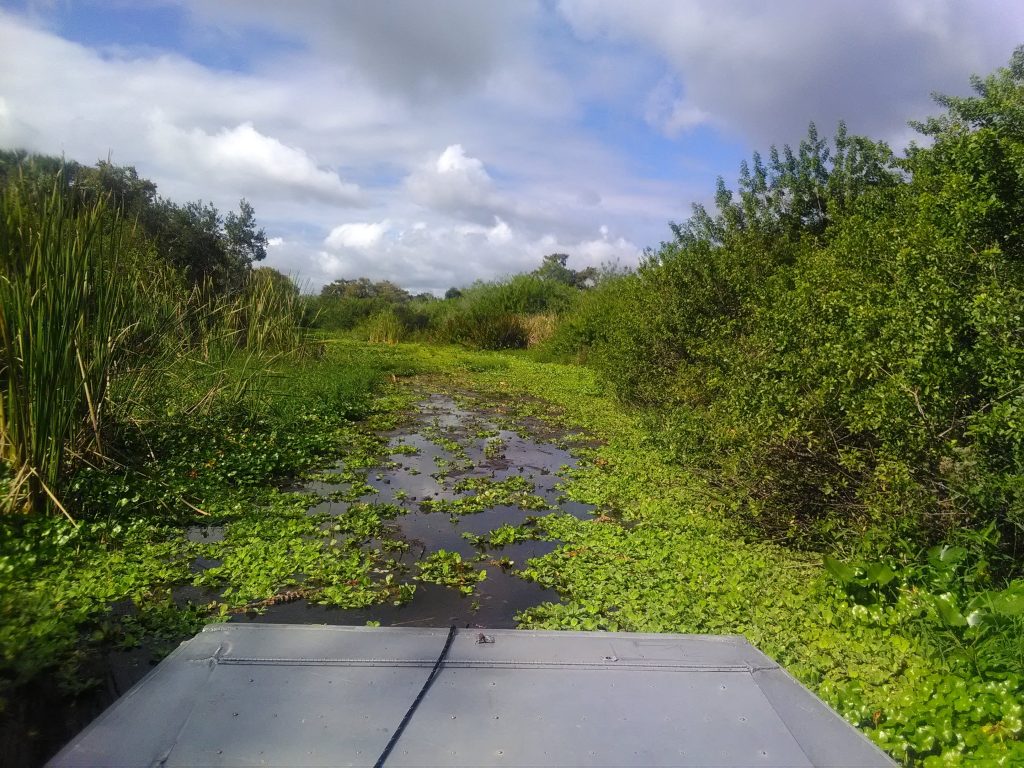 Despite considerable research effort in the past 30 years, the full pathophysiology and epidemiology of fibropapillomatosis still remain unknown. In 2010, the etiology, epidemiology and management of fibropapillomatosis were defined as one of the 20 key research questions for the management and conservation of sea turtles by an international group of 35 turtle scientists (Hamann et al 2010). Understanding the mechanisms and epidemiology of this disease would enable us to grasp the full scope of its effects on the turtle stocks, to make more accurate future predictions on the populations and to better pinpoint key actions for protection efforts. A viral pathogen, called Chelonid Herpesvirus 5, has been confirmed to be associated with the disease through a series of molecular and transmission studies. The virus has also been identified in populations where no tumors have been seen, making it likely that it spreads at least partially through currently unidentified mechanisms. The virus has been identified in skin sloughed off the skin tumors, but currently other transmission mechanisms remain little studied. One could be its secretion in urine, and the virus has indeed been identified in kidney and urine samples of affected individuals. I set off to continue one of Dr. Page-Karjian’s projects to detect a potential link between the occurrence of this virus in turtle kidneys, and a common but little understood kidney scarring that occurs in young green turtles. During routine autopsies of stranded sea turtles, several pathologists have noted that many juvenile green turtles show considerable fibrotic scarring in their kidneys, but the cause of this affection is not known. If the scarification were to be due to a CHHV5 infection, uncovering this connection would give us new insights on how the virus occupies a turtle’s body and is transmitted.

Upon arrival, 60-something collected kidney pieces were waiting for me in the freezer, promising not only three months of scrupulous lab work and intense air conditioning, but also of endless learning, exciting encounters, turtle watching and Floridan sun to come. Fort Pierce is not especially known for its touristic attractions, but fortunately the Floridan nature holds plenty to discover, and I spent a majority of my free time gazing at the various lizards, tortoises, manatees, alligators and insects crawling around the campus and its surrounding natural reserves. The campus canal gives a space for Floridan manatees to flock for warmth safe from boat traffic in the winter months, and watching the over 100 individuals frequenting the canal float around peacefully made for a very soothing lunchtime distraction.

I also had the great opportunity to see wild sea turtles up close through field work with Dr. Page-Karjian’s team by participating in ongoing health assessments of  sea turtle populations living in the Indian River Lagoon, as well as to discover the amazing work done at the Loggerhead Marinelife Center, a nonprofit sea turtle hospital and research center responsible for rehabilitating over a thousand sea turtle individuals a year. However, the most inspiring things were the human encounters I had the chance to make. At home in Helsinki, the Veterinary faculty is well separated in its own buildings, making interactions between different fields rare in the day to day hurdles. At Harbor Branch I had the fantastic opportunity to meet and discuss people excelling in fields ranging from marine biology, medical research and geology to technical engineering, and every encounter left me more thrilled of the thrive, passion and expertise I was able to witness. To add to these encounters, the facility organized regular in-house lectures with rotating scientists sharing each their work with others working within the institute.

Overall, I’m extremely grateful for this opportunity of submerging into the world of wildlife research and hope it’s one of many more to come. Being able to see and work with people with inspiring career paths different from the typical veterinary setting  gave a lot of valuable insight. The traineeship also gave me great possibilities to learn and develop many practical skills from basic lab work and qPCR assay validation to collecting skin and blood samples in the field. Though right now I’m chaining the experience with more hands-on work through an internship with terrestrial zoo animals in Europe, I hope to be able to plunge deeper into the world of wildlife research again soon!