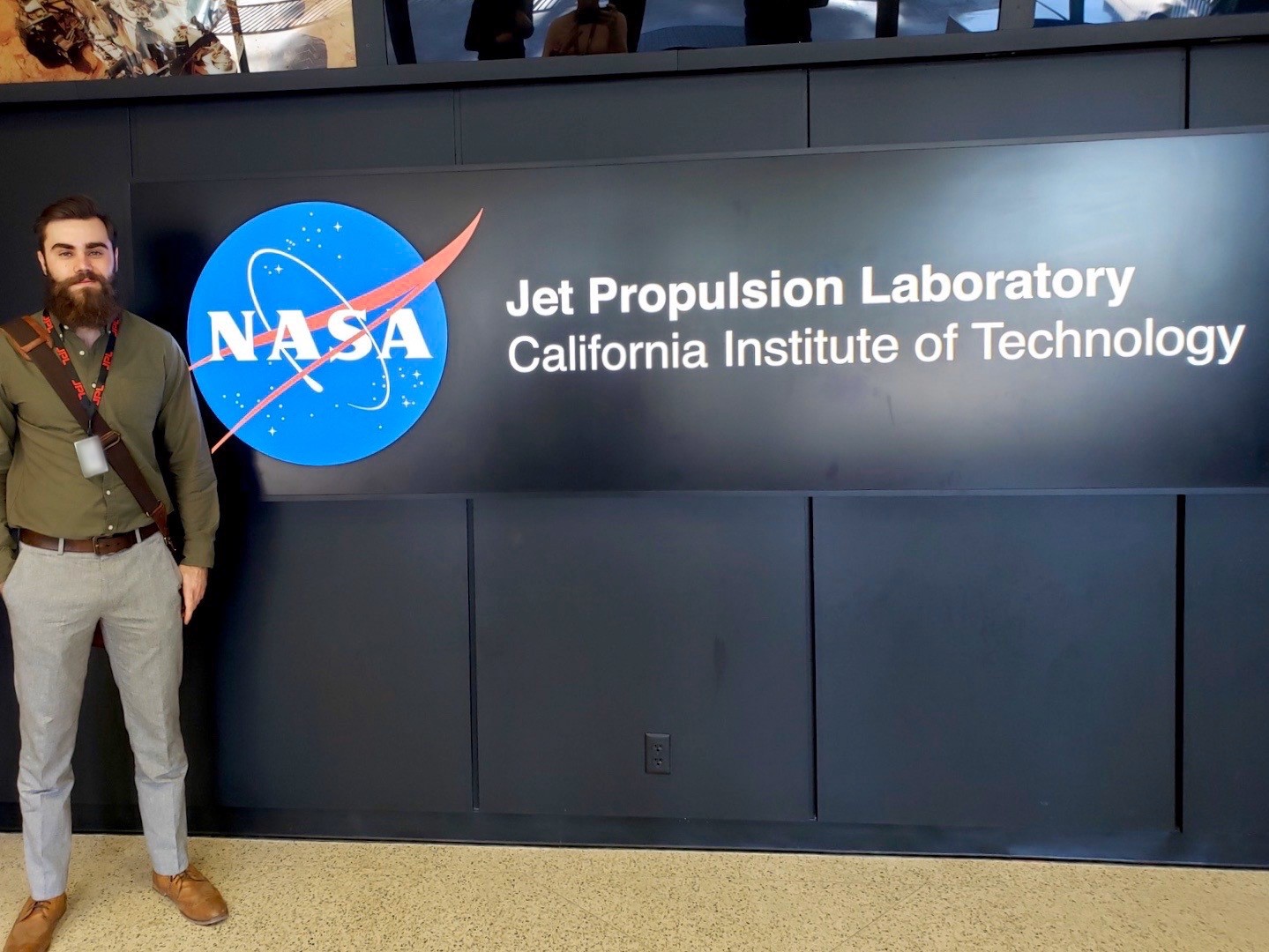 My name is Colin. I am a second-year master’s student in the Microbiology and Microbial Biotechnology program in Viikki. I conducted my thesis work in November and December of 2019 at NASA’s Jet Propulsion Laboratory (JPL) in Pasadena, California with the Space Biotechnology and Planetary Protection group.

I am specifically interested in the fields of Astrobiology, Space Biology, and Planetary Protection. I was fortunate enough to be selected as a recipient of the HiLIFE research trainee scholarship which is enabling me to continue my work with NASA. Since completing my thesis work, my adviser at JPL has moved from the Planetary Protection Group at JPL to the Space Biology group at NASA Ames which has granted me a unique experience to expand my research experience into a different, but related field of space life science. In subsequent blog posts, I will be going into more detail about the project I’m working on currently, as well as how you too can get involved in the investigation of space biology-related datasets, but first I’m going to share some of my experiences at JPL last year.

Founded in the 1930s, JPL is a collaborative research facility managed by the California Institute of Technology (Caltech) and funded by NASA primarily focused on the construction and operation of planetary robotic spacecraft.

JPL also operates the Deep Space Network for NASA. The Deep Space Network is NASA’s international array of giant radio antennas that support interplanetary spacecraft missions, and provide radar and radio astronomy observations that improve our understanding of the solar system and the larger universe.

On any given day, the testing of robotic spacecraft can be seen being conducted across campus grounds. Part of this testing involved the Mars2020 rover test article, known as the “scarecrow,” which could often be seen roaming the Planetary Landing Testbed outside of my lab.

During my time at JPL, final assembly and testing were being conducted on the Mars 2020 Perseverance flight hardware before it was moved to Kennedy Space Center for launch operations. The Perseverance rover is tasked with seeking signs of ancient life and collect rock and soil samples for future sample return missions.

On July 30, 2020, the aptly named Mars 2020 Perseverance rover launched from Cape Canaveral Air Force Station, Flordia for its 77-monthjourney to Jezero Crater, Mars. It is scheduled to land on February 18, 2021.

My thesis work was conducted with the Space Biotechnology and Planetary Protection group.

Planetary Protection addresses microbial contamination of the solar system by spacecraft that we launch from Earth (forward contamination). This contamination must be prevented in order to preserve the integrity of exploring the solar system; celestial bodies that may have once held an environment suitable for life (e.g., Mars and outer planet icy bodies) are especially vulnerable. Likewise, extraterrestrial contamination of the Earth and Moon (backward contamination), by way of sample return missions, must be prevented. We must approach with caution and preparedness in bringing unknown and potentially dangerous biological materials back to Earth.

The Genome Encylopedia of Spacecraft-Associated Microbes (GESAM) project aims to determine a representative community of microbes surviving on spacecraft surfaces to better understand what kinds of microbes were present on spacecraft and in the clean rooms they were assembled in during previous NASA missions: Viking (1975), Phoenix (2007), Pathfinder (1996), Odyssey (2001), Mars Reconnaissance Orbiter (2005), Mars Exploration Rovers (2003), and the Mars Science Laboratory (2011) using the resolving power of Matrix-Assisted Laser Desorption/Ionization Time of Flight mass spectrometry (MALDI-TOF MS). My work on the project was concerned chiefly concerned with the Mars Odyssey Orbiter and Mars Pathfinder missions.

Growing up a space-geek in the US, working for NASA has been a lifelong dream, and my time at JPL did not disappoint. I was amazed each day by the technological marvels and history in the making which surrounded me. As I had hoped at the time, this would not be the end of my work with NASA. Stay tuned to hear more about my continued work with NASA GeneLab and how you too can become involved with space biology research.