Elected Members of the Board 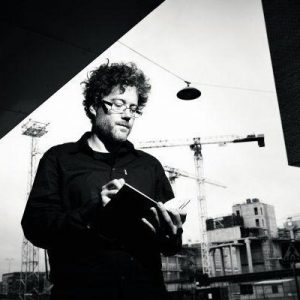 is university lecturer in comparative literature at Tampere University, Finland. In his research, he works on urban futures across textual genres, experiences of space, rhetorical structures in urban planning, place names in literature, representations of shorelines, and parkour, among others. He has worked on American literature of the long 20th century, Finnish and Nordic literature, as well as the literature of the Low Countries (Netherlands & Belgium). Much of his work involves cross-reading different textual genres, from the Bildungsroman to urban planning documents, from the graphic novel or epic poetry to policy visions. His most recent books are  The Narrative Turn in Urban Planning: Plotting the Helsinki Waterfront (Routledge 2020) and the edited volume Routledge Companion to Literary Urban Studies (Routledge 2022). 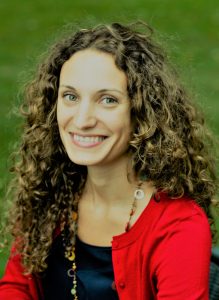 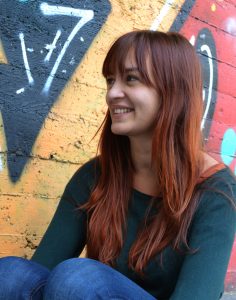 Riikka P. Pulkkinen is currently a PhD  candidate in the Doctoral Programme of Philosophy, Arts  and Society in the University of Helsinki. She has concentrated to Modern Greek literature since her MA, and in her dissertation she does research on literary characters in Greek urban literature which is based in Athens. Her research is a combination of literary urban studies, narratology and character studies, and she applies this framework to explore the individual experience in the 21st century Athens. She works also as a translator of Finnish and Greek literature. She edited and translated an anthology of Modern Greek short stories Kasvotusten (Enostone) which was published in 2021. She is the secretary of the Association for Literary Urban Studies since 2022.

Other members of the board 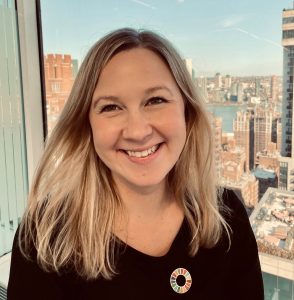 Meeria Vesala is a Ph.D. Candidate in English Literature at Åbo Akademi University in Finland. She researches the relationship between literature, place, and identity. Her work explores fictional worlds and ideas, literary geography and archaeology, African American writing, and literary criticism. Vesala is the Bibliography Editor and Board Member of the Association for Literary Urban Studies (ALUS), the Group Leader of the Literature and Language Theme Group (Langnet), and the Book Club Leader in the League of Finnish American Societies (SAM).

Chen Bar-Itzhak is a senior lecturer at the department of Comparative Literature, Bar-Ilan University. She previously held research fellowships at Stanford University and the University of Oxford. She is interested in the literary representations of cities and in the ways in which urban space interacts with language, memory and ideology in literary texts. Her first (forthcoming) book, based on a prize winning manuscript, develops a new interdisciplinary model for the study of literary cities, and explores the city of Haifa in the Israeli literary imagination. Her current book project examines nostalgia for the British Mandate in contemporary Israeli literature, art and popular culture. She is also an editor of Stanford University’s peer-reviewed Dibur Literary Journal.

Contact person in the case of ethical misconduct: Kai Tan
Kai Tan is a PhD candidate and research/teaching assistant at the Chair of Cognitive Literary Studies at RWTH Aachen University. She holds a B.A. in Philosophy and English Literature from the National University of Singapore, and graduated from the University of Freiburg in 2016 with a Master’s degree in English Literatures and Literary Theory. Her thesis, “(T)Here is the City: Locating the Liminal London in Contemporary British Novels”, was awarded the Alumni Award by the Commission of the Philology Faculty of the University of Freiburg. Kai’s interdisciplinary PhD dissertation accounts for the cognitive turn to examine how embodied readers encounter psychogeographical literary moments (PLMs) through affective enactivism in contemporary British urban fiction. The research also investigates if and how such literary passages subsequently continue to affect readers in real urban space in terms of their interactions with people as well as their imagination of possible actions with affordances and in different sites. Her project hence entails research in both theoretical and empirical aspects, and it encourages the production of shared social space amongst people facing different circumstances and inequities in the city. Apart from her PhD research, she also conducts individual psychogeographical walks in various urban spaces, and manages the webpage “PG in Aachen” to encourage others to engage in playful exploration that unveils Otherness in the shared city space. Kai’s other interests include eighteenth-century and modernist literature, the politics of comedies and plays, postcolonial literary approaches, the effects of metaphorical language, and issues of fidelity in translation. Kai is an active member of the ALUS, the FRINGE Urban Narratives, and BACLS.

Up to 4 members of the board without specific responsibilities 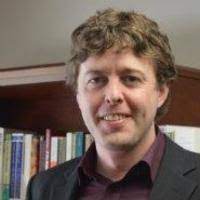 Liam Lanigan is Assistant Professor of British and European literature at Governors State University, Chicago. He was previously an Irish Research Council Postdoctoral Fellow at University College Cork, and NEH Keough Fellow at the Keough-Naughton Institute of Irish Studies, University of Notre Dame. He is the author of James Joyce, Urban Planning, and Irish Modernism: Dublins of the Future (Palgrave, 2014).

Dr Lena Mattheis is a lecturer in contemporary literature at the University of Surrey, 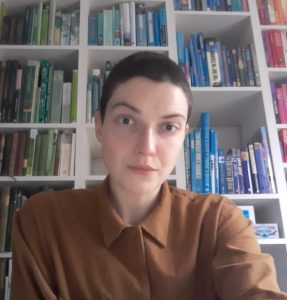 where she is currently working on queer forms and spaces in novels, poems and narratives. She has previously worked at the University of Duisburg-Essen in Germany and at the University of Namibia. Her work has been published in peer-reviewed journals (Narrative, Literary Geographies, Transnational Literature, among others) and in her monograph ‘Translocality in Contemporary City Novels’ (Palgrave, 2021). Lena is very pleased to be the host and creator of the Queer Lit podcast, for which she has recorded a number of episodes on queer literary geographies and cities. 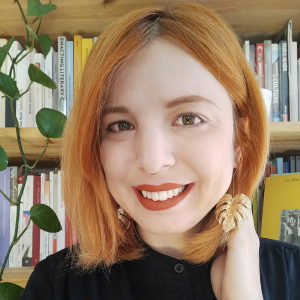 Giada Peterle is a research fellow and lecturer in Literary Geography and in Creative Communication and Landscape Storytelling at the University of Padua, where she is also Scientific Director of the Museum of Geography. Working on narrative geographies in the emerging field of geohumanities, her research interests lie in the interconnections between geography, literature, comics, mobilities, mapping and art-based practices. She is author of the book Comics as a Research Practice: Drawing Narrative Geographies Beyond the Frame (Routledge 2021), and her works have been published in international journals, including Transactions of the Institute of British Geographers, Political Geography, Mobilities, Social & Cultural Geography, and Cultural Geographies. As a comics author, she published the geoGraphic novel Lines. Moving with stories of public transport in Turku (BeccoGiallo 2021), the illustrated children’s book La geografia spiegata ai bambini (BeccoGiallo 2020), and co-edited with Adriano Cancellieri the comic book anthology on Italian peripheries Quartieri. Viaggio al centro delle periferie italiane (BeccoGiallo 2019).
Website: www.narrativegeographies.com; Instagram: @narrativegeographies

Anubhav Pradhan is Assistant Professor with the Department of Liberal Arts, Indian 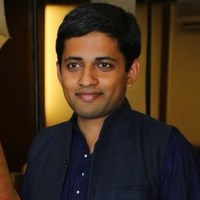 Institute of Technology Bhilai. His work straddles urban planning, heritage, history, and writing as well as colonial cultural contact and the intersec tions of empire and modernity. He is Deputy Editor of South Asia Research, Council Member of the Committee for Publication Ethics, and Board Member of the Association for Literary Urban Studies. His major publications include Articulating Urbanity: Writing the South Asian City (forthcoming, 2023), Literature, Language, and the Classroom: Essays for Promodini Varma (2021), and Kipling and Yeats at 150: Retrospectives /Perspectives (2019). He has designed and anchored elective workshops on South Asian urbanisms at the Indian Institute for Human Settlements (Bangalore), CEPT University (Ahmedabad), and the School of Environment & Architecture (Mumbai), and has previously taught at Ambedkar University Delhi, South Asian University (Delhi), Jamia Millia Islamia (Delhi), and the University of Delhi. He also served Primus Books, Delhi as their Senior Marketing Editor. 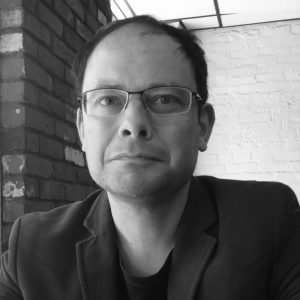 hael G. Kelly is Senior Lecturer in French and head of subject at the University of Limerick (Ireland), where he is also Director of the Ralahine Centre for Utopian Studies. He is currently General Editor of the Irish Journal of French Studies, and managing editor of the Ralahine Utopian Studies book series (Peter Lang). Author of a study on the relations of utopia and modern French poetry, Strands of Utopia. Spaces of Poetic Work in Twentieth-Century France (Legenda, 2008 / Routledge, 2020), he has published widely in both English and French on a range of topics in modern and contemporary French and comparative literature.

Dr Anna-Leena Toivanen is an Academy Research Fellow at the University of Eastern Finland, and she holds the title of docent in postcolonial literary studies. Her current research project focuses on the representations and poetics of Afroeuropean mobilities in Francophone African literatures. She acts as the literary studies subject editor of the Nordic Journal of African Studies. She has published widely on mobility-related themes in African literatures and her most recent articles feature in journals such as Urban Studies, Journal of Postcolonial Writing, Transfers, and Mobilities. She is the author of Mobilities and Cosmopolitanisms in African and Afrodiasporic Literatures (Brill 2021) and has guest-edited a special issue on European peripheries for the Journal of Postcolonial Writing (2021).

Treasurer (remains unnamed, post to be filled when and if necessary)