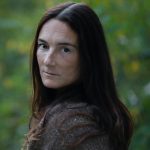 This is the second post I’m writing for Ruralia blog.

Almost 6 months have passed by since I was hired as senior researcher and despite the global pandemic – which has basically locked me in my house – I have been able to do some progress on the topic of my research “Entrepreneurship and Innovation towards sustainable food systems”.

Since I was deprived of the possibility to physically travel, I have been at least able to virtually take journeys to Seinäjoki and its surrounding areas through long desk researches, zoom meetings, email and teams chats. I have been able to talk to colleagues at Ruralia Institute and in other research institutions but also to regional stakeholders, development agencies, municipal officers and entrepreneurs.

I have started to make my mind up about the strengths and weaknesses of the region, about the level of innovation, the potential for entrepreneurs, the obstacles that need to be overcome and the immense potential of the region.

I have to say that I’m impressed by the number of activities that are currently going on around Seinäjoki on food, innovation, sustainable development. Despite some concrete challenges – like the small size of average food companies (between 1 and 4 employees), the high production costs and the relatively low-level extent of added value for food products, the lack of a university in the region – the general feeling is that South Ostrobothnia is ready for a second wave of development opportunities.

The first one happened in the 1990s, when there was a general fear that the region had been left out of the ongoing innovation and technology oriented development and that the region was about to become a peripheral pocket (Sotarauta, 1997). In that case, South Ostrobothnia made incredible efforts to branch out by creating new institutions, by seeking out new human capital to draw on and by creating a new perception of the region. In the 1990s South Ostrobothnia had been able to create a sense of urgency so to show to the rest of the Finland that “the region was not out of the game”.

I believe that nearly the same process- with some changes- is going to happen soon once again. 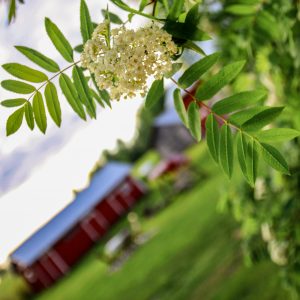 South Ostrobothnia is investing in innovation and resilience, in human capital and sustainable development. Mostly due to effective policies and investments, a clear growth is on its way. Local initiatives and an enterprising disposition are becoming more and more important: scarce resources are being channeled and allocated more efficiently than before, and new operational models are being created to achieve a competitive position in global economy. EPANET, the higher education network of South Ostrobothnia, has played a key role in that, by strengthening the functional research and development community with co-operation with university actors and regional business life. Business investment are expected to be around 1 billion euro in 2021, 1000 hectars of land will be soon dedicated to new business areas and Seinäjoki has been nominated n.1 city of entrepreneurship.

A study carried out by the Regional Council of South Ostrobothnia has also pointed out that the sensitivity to change and resilience of South Ostrobthnia is high. In the study the ability of the region to be flexible and recover in structural change situations was examined with the help of four resilience indicators, which were industrial structure, labour force, business life and innovation. In the light of these indicators, South Ostrobothnia is shown to be a region whose regional economy is not very sensitive to sudden structural changes and whose possibilities to recover are consistent. 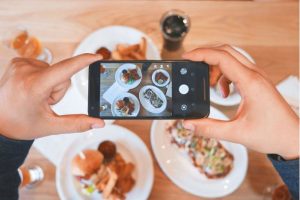 My general feeling is that South Ostrobothnia is about to soon become a new “island of innovation” in Finland (the terms was introduced by Hilpert (1992) and refers to a strong clustering of science and innovation in particular geographical areas). The sentiment that some consistent developments are soon going to happen in the region is vibrant and perceivable. The view of innovation as a “simple” interaction between firms and research institutions has been overcome in favour of a more holistic view where relationships among different regional actors and interactive learning can play a role and firms need to confront a wider institutional milieu.

South Ostrobothnia is ready to embark on new innovation possibilities and take its human and economic capital on an next level.

Author works as a Senior Researcher in Ruralia Institute in the field of Entrepreneurship in the Sustainability Transformation of the Food System.

Hilpert U. (1992) Archipelago Europe – Islands of Innovation. Synthesis Report. Prospective Dossier No 1: “Science, Technology and Social and Economic Cohesion in the Community”. Commission of the European Communities,  Brussels.

2 thoughts on “South Ostrobothnia – the next island of innovation in Finland?”