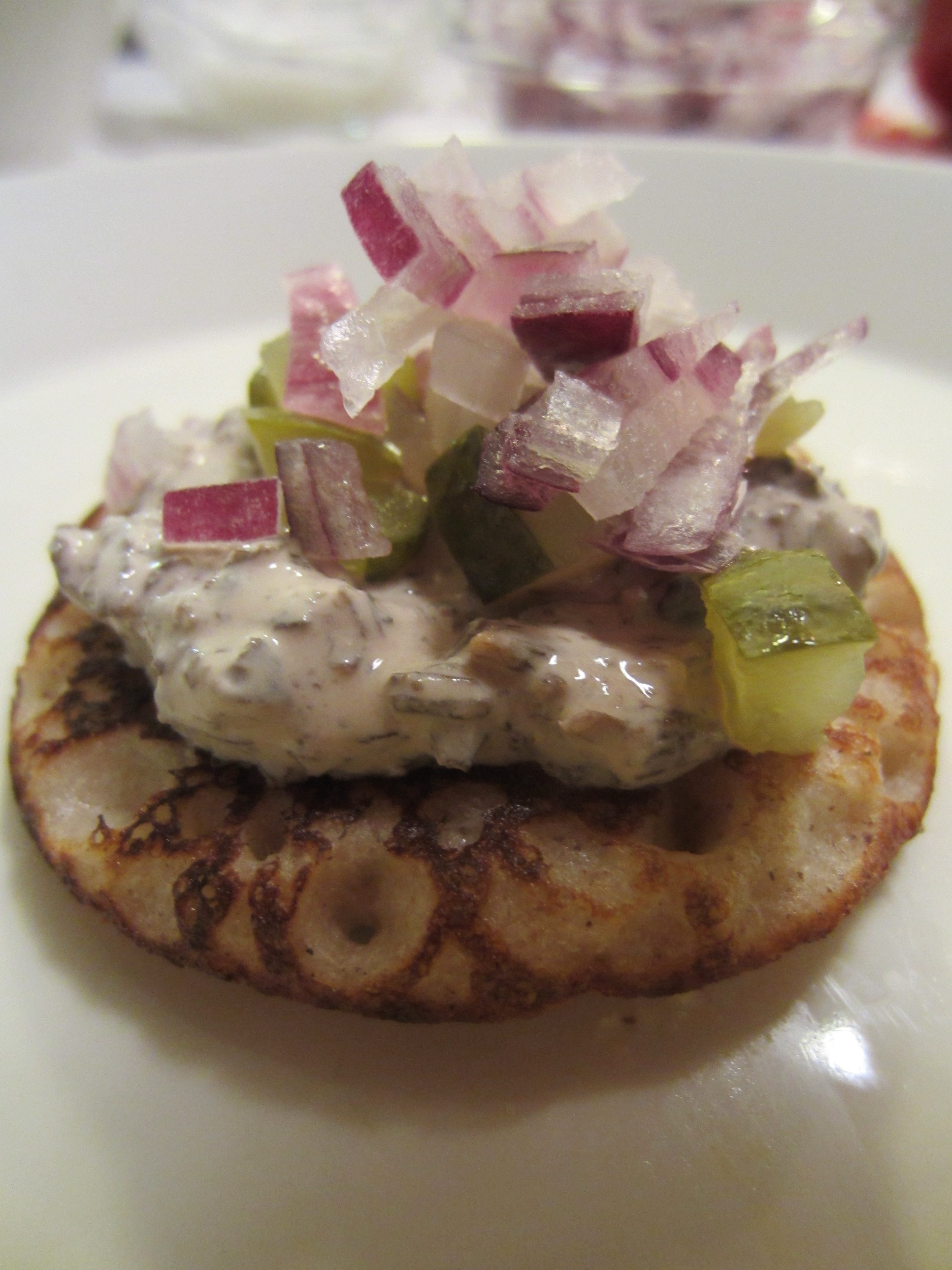 Blinis are delicious and now it’s the time of the year they’re traditionally eaten. Though there’s many little things to do, they’re actually quite simple. Blinis are a perfect get-together dish since when there’s several pairs of hands at work, they will be ready in no time. On top of the traditional toppings – smetana, pickled cucumber and red onion – we had mushroom-smetana sauce and seasoned red lentils.

You can also use other kinds of mushrooms, eg. frozen chanterelles or fresh champignon mushrooms. If you use frozen ones, squeeze the extra water out, if you use fresh ones, cut them to little pieces and quickly fry them in oil.

If you want to do blinis but aren’t the kind of type who likes preparing well in advance, you can also let the dough leaven for few hours in room temperature instead of whole night in the fridge. The best pan to make blinis is a cast iron one. I used a pan that makes several little blinis at a time but a bigger one will do as well. 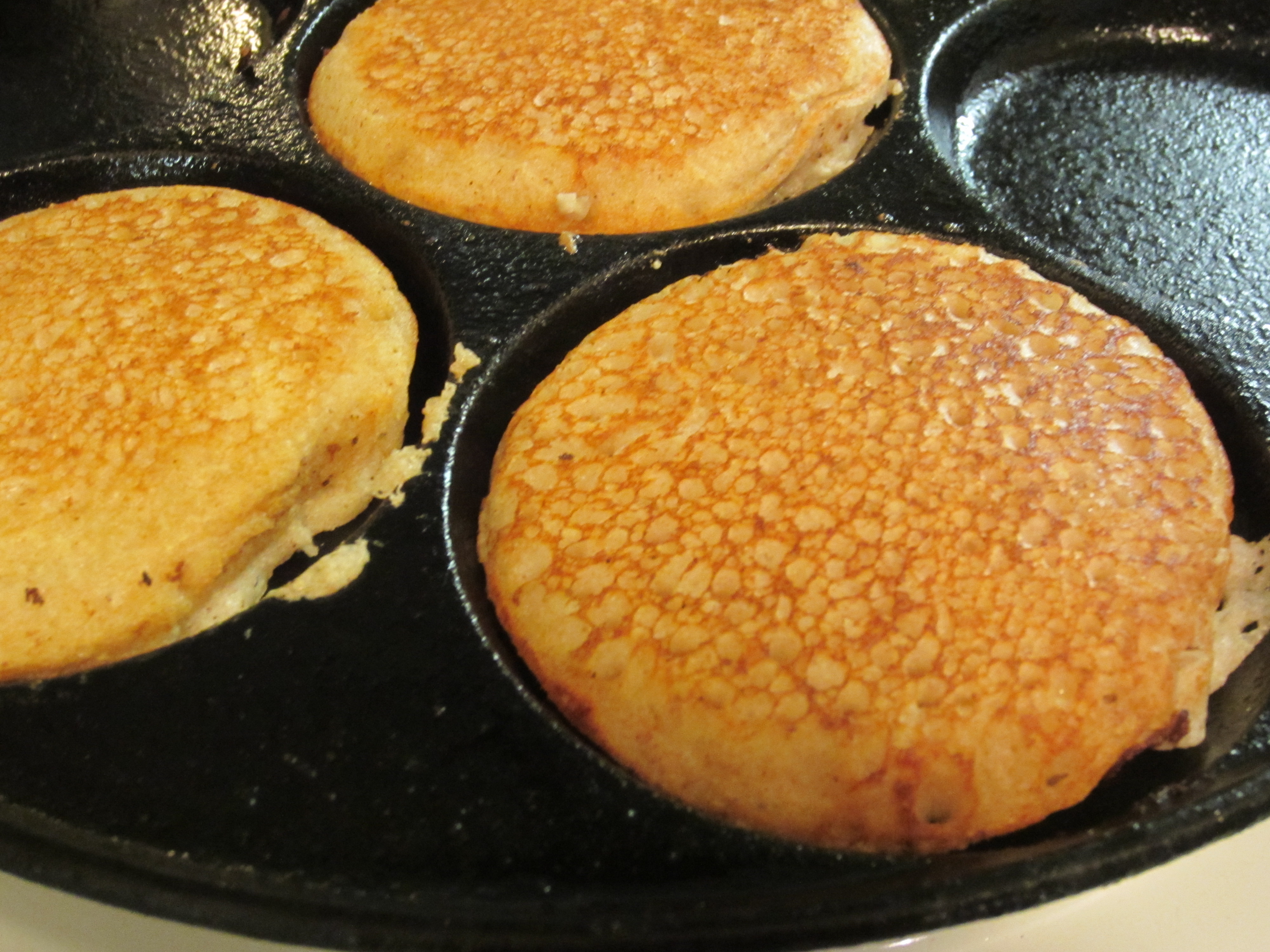 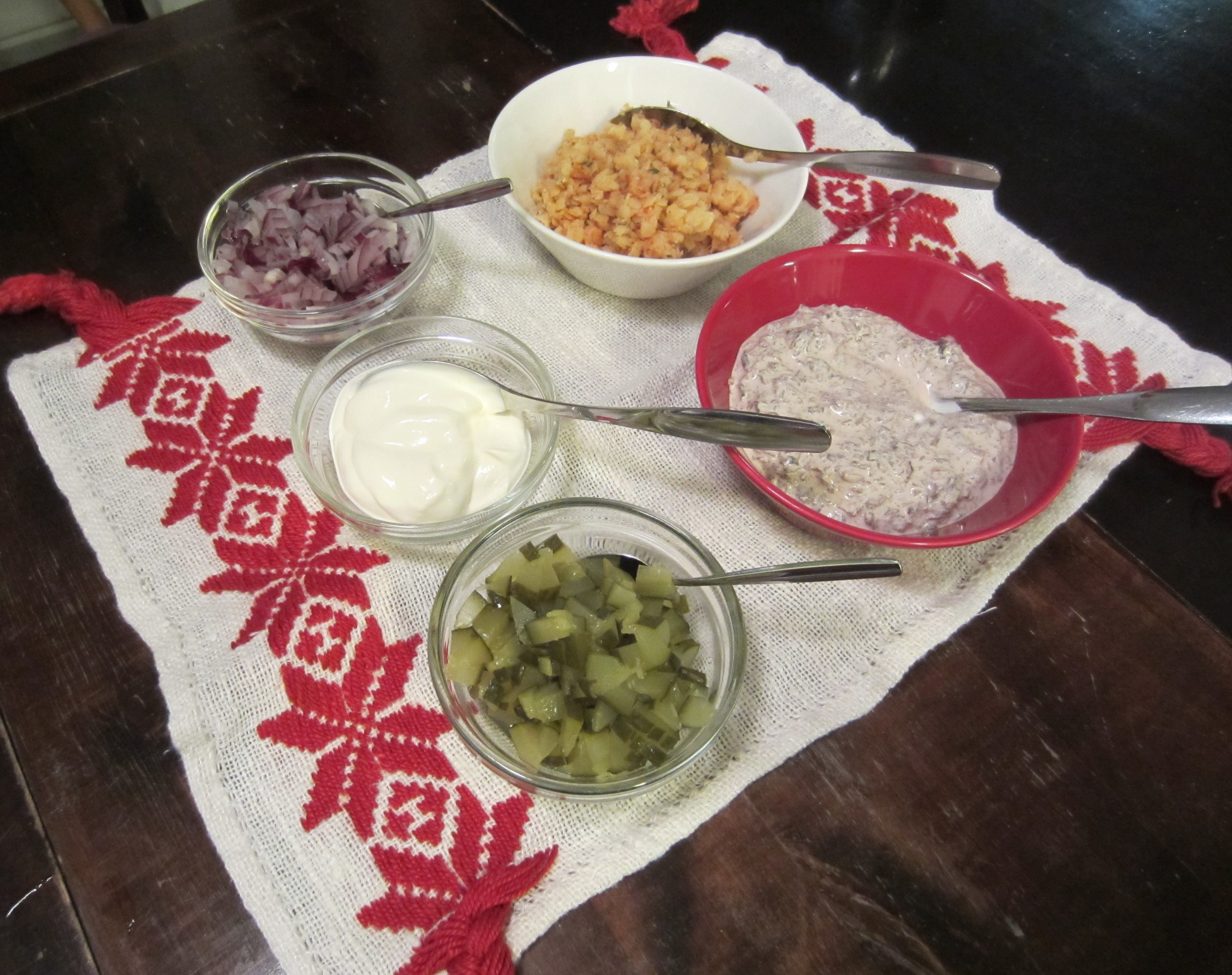 Mix yogurt, yeast and sugar, then add buckwheat. Leaven it over night.

The next day, prepare the stuffings before blinis so you’ll get to enjoy them freshly baked. Rinse the lentils and boil on low heat for 8-10 minutes (be careful not to over do them since then they’ll break down), pour them onto a strainer. Once they’re drained, mix them in a bowl with 2 tbs of rapeseed oil and salt, pepper, paprika and parsley. .

Crush the yellowfoot chanterelles and add little water, tbs at a time. Mix the mushrooms every time you’ve added water in order to make them absorb it better. The aim is to add only that amount of water the mushrooms absorb, not to soak them. Once the mushrooms are soft and a bit moist, mix in 2 dl smetana and some salt. The rest of the smetana is served on its own.

Chop the red onion and pickled cucumber. You should buy SUOLAkurkku instead of MAUSTEkurkku since the latter ones can be quite sweet.

Then you can get to the main point, blinis. Heat the milk and butter to room temperature and add them to the dough along with salt and yolk. Whip the egg white to a hard batter (picture on top) and gently mix it in with the rest of the ingredients.

Pour the dough on to a hot pan and use lots of butter for frying, especially if you have an iron cast pan. Fry them on each side until they’re nicely brown. 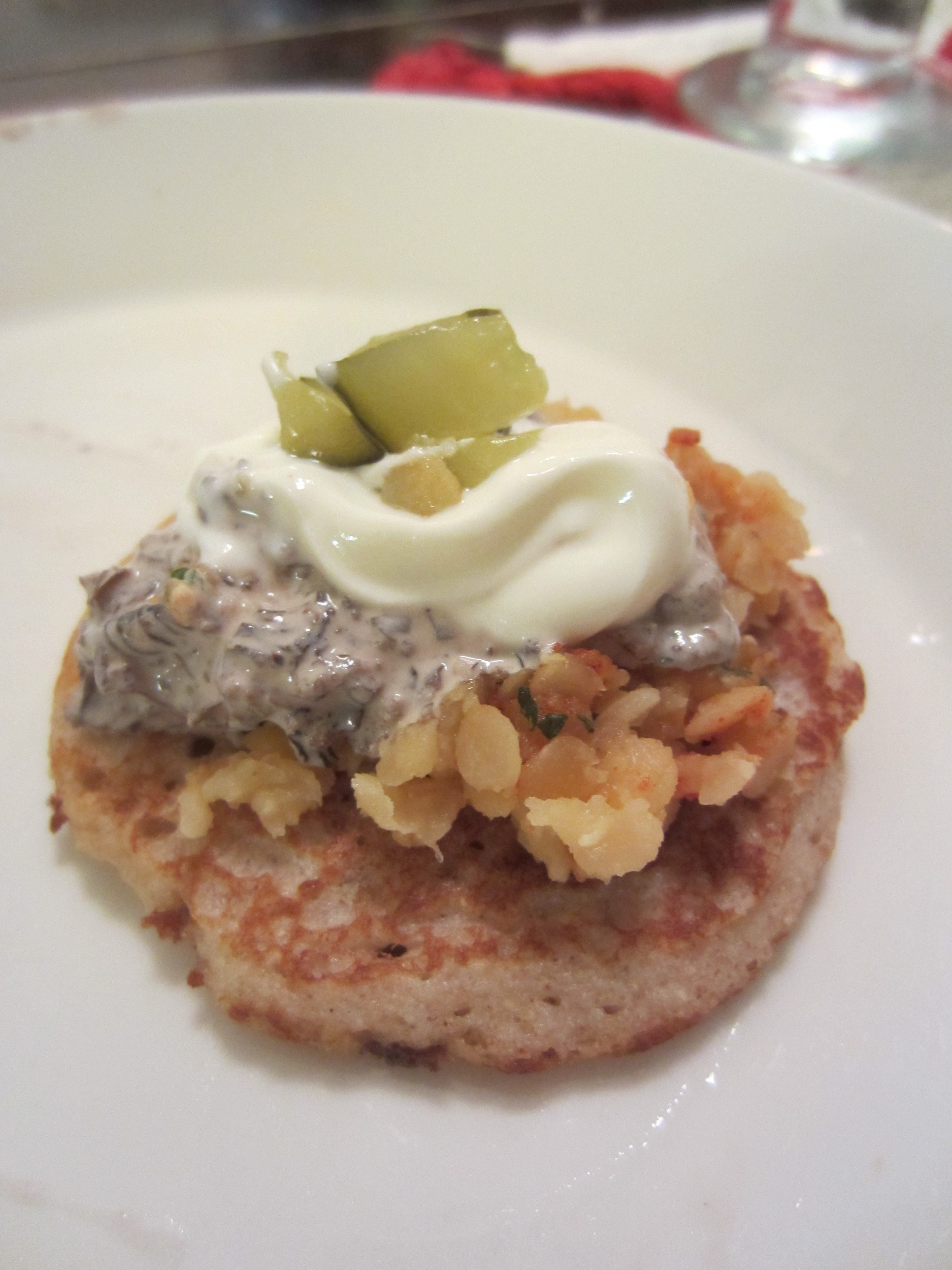