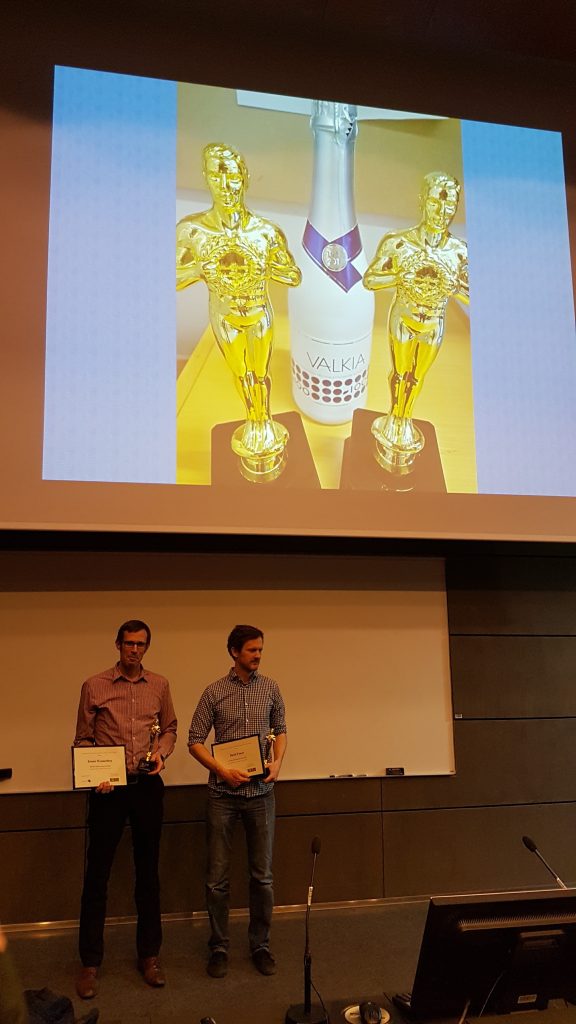 On May 8th, the ILS Doctoral Program announced the awards for Mentor of the year 2016. Last fall, the ILS student council invited nominations from all ILS students, asking them to describe the appreciable qualities of their mentors.

A total of 8 nominations were received, highlighting the positive aspects of the mentors such as:

The awardees mentioned in their acceptance speech that they were extremely honored by receiving this award. They think that as a PI it’s also their responsibility to train the next generation of scientists, and a good way to do this is to get the students to be excited about their projects so that they are the ones who are driving it forward. And the best way to do that is to discuss about ideas and brainstorm with the students and let the student figure the way out himself/herself.

We congratulate both mentors and nominees and wish them to keep up their good work as role models.