The third and final project meeting was held in Kopenhagen at the Innovation Fund Denmark as well as at the Agency for Modernisation – Ministry of Finance, and the National Centre for Public Sector Innovation (COI) in Denmark from the 14h to the 16th of August 2018.

Day one of the project meeting started with an introductory visit to Innovation Fund Denmark. The visit included a presentation of the funds operations including the Grand Solutions, InnoFounder that focus on recent graduates and their possibilities for becoming aspiring entrepreneurs, as well as InnoBooster and their work on creating industrial researchers.

Day two started with a seminar where the project´s main results were presented. The seminar started with presentations on new solutions for collaboration from a digital perspective, how to steer and lead megaprojects, how to utilize project driven innovations, as well as the contradictory concept of innovation. The presentations were followed by a panel discussion on the practical implications of the project results.

The afternoon included a visit to the Agency for Modernisation – Ministry of Finance where the The Danish political strategy for modernization was presented.

Day three started out with a visit to Danish National Centre for Public Sector Innovation (COI) where the centers work on spreading public sector innovations were presented. The afternoon was devoted to the Inno-Nord projects next steps. 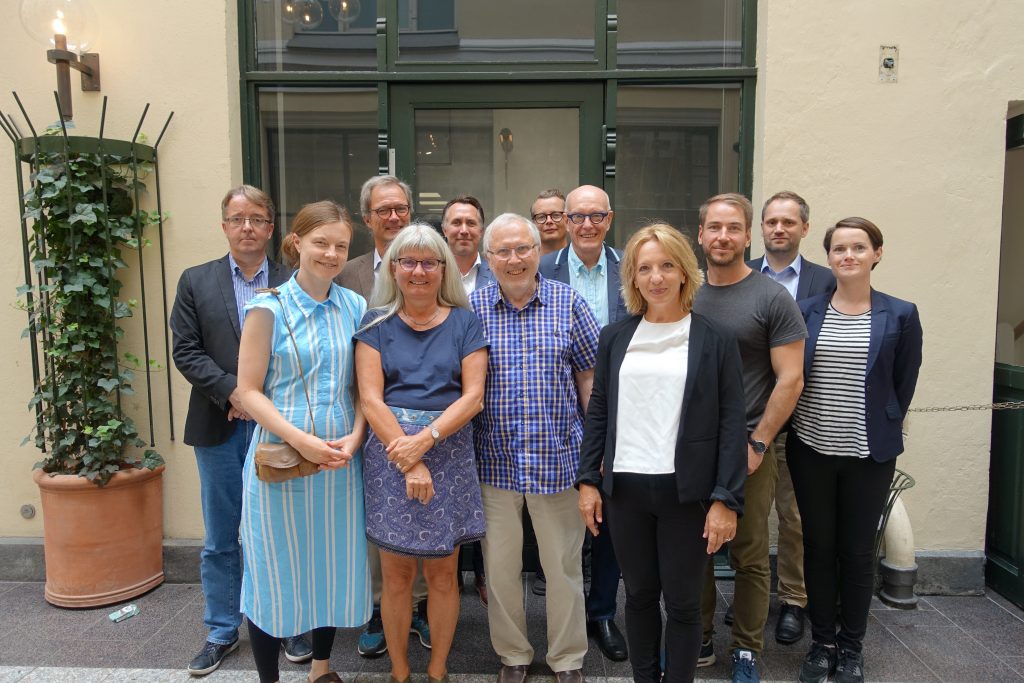 The second project meeting was held in Gothenburg at its City Hall as well as in Gothenburg, at the University of Gothenburg, Sweden from the 16th to the 18th of October 2017.

Day one of the project meeting started with an introductory visit to the Gothenburg´s City Hall. The visit included a presentation of how the city of Gothenburg has developed since the boatyard crisis during the 70s to what the city will become in 2030. This was followed by a presentation of the city´s innovation platforms, and was discussed further from a researcher´s perspective.

Day two of the project meeting was held at the School of Business, Economics and Law at the University of Gothenburg. The day included presentations revolving around three main themes related to capacities for innovation and change, namely: the overarching common dimension within the NOS-project, the project´s comparative dimension, as well as its longitudinal dimension. The longitudinal dimension included a presentation of a study of the effects that Vinnova initiatives have had in Gothenburg, Lund and Borås, Sweden.

The entire seminar programme from the project meeting can be downloaded HERE. (In swedish)

The final day included discussions about a joint book publication as well as a policy brief directed towards practitioners in the field of innovation. The meeting ended with further discussions about possibilities for future new research proposals. The next and final project meeting will be held in Copenhagen, Denmark from the 22nd to the 24th of May 2018. 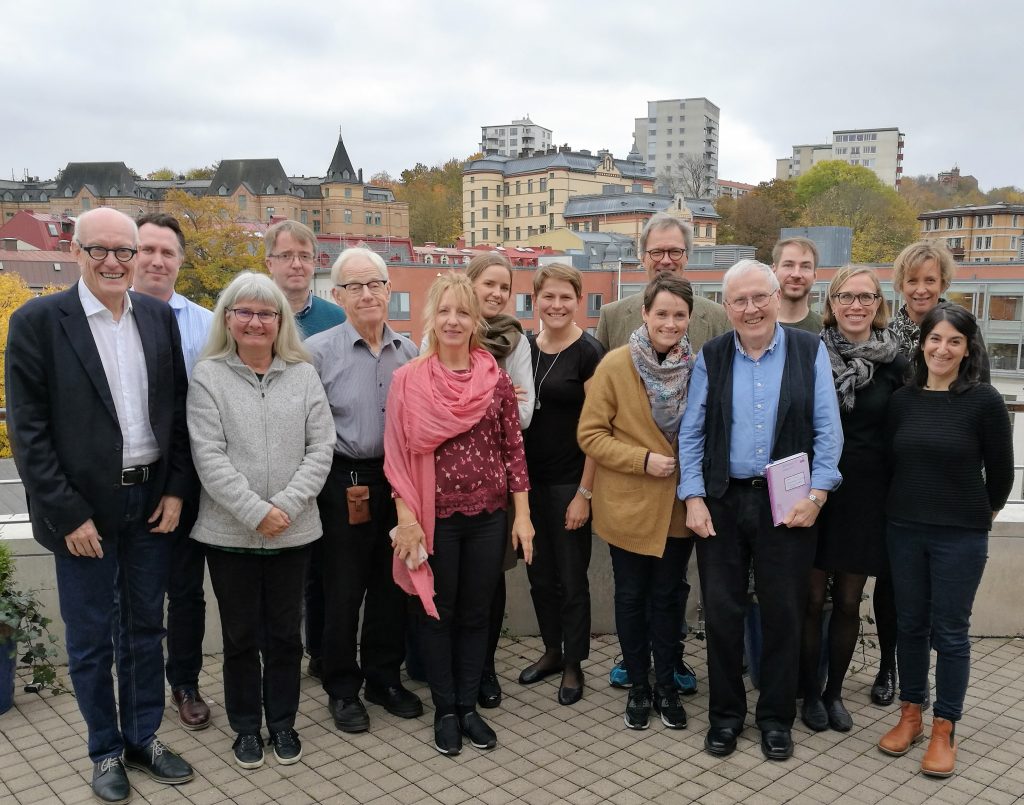 The first project meeting was held in Helsinki, at the Finnish funding agency Swedish School of Social Science at the University of Helsinki, Finland from the 22nd of March to the 24th of March 2017.

Day one of the project meeting started with an introductory visit to the Finnish Funding Agency for Technology and Innovation (TEKES). The visit lso included an introdution to other innovation agencies from Sweden, Norway and Denmark.

The entire seminar programme can be downloaded HERE. (In swedish)

The final day included discussions about comparative analysis as well as the possibilities for future new research proposals. The next project meeting will be held in Stockholm, Sweden from the 16th to the 18th of October 2017. 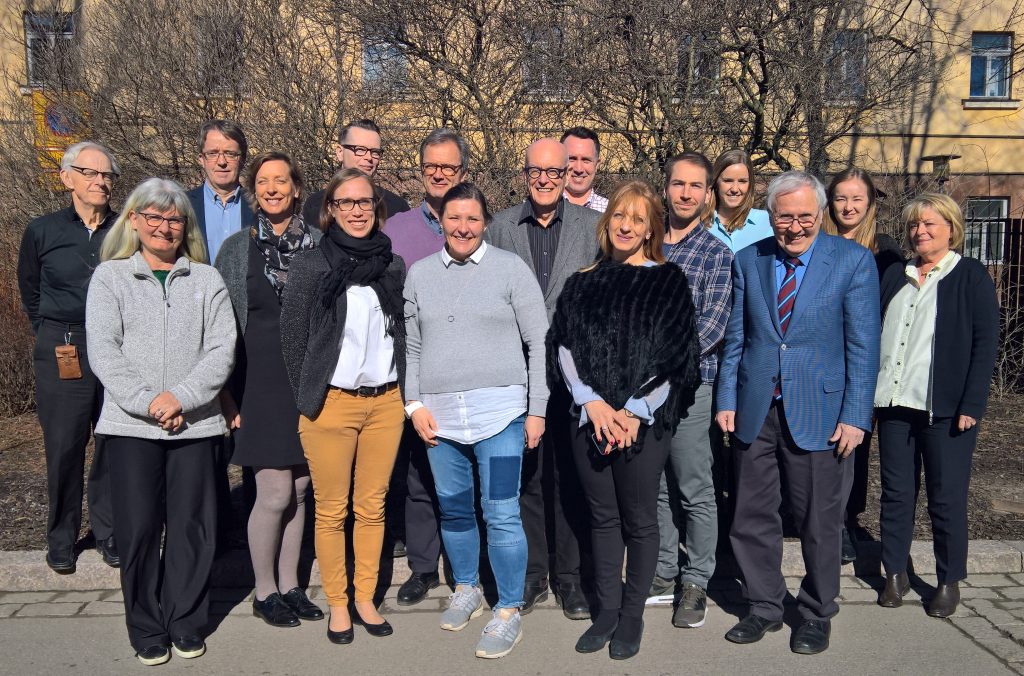 The projects first meeting will most likely take place in Helsinki, Finland on the 22-24th of March 2017.

More information about the meeting will be updated here soon!

The Project will officially start January 2017!