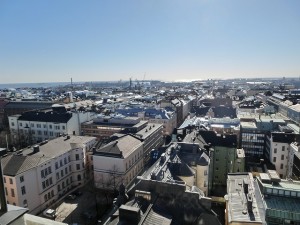 Finally it’s seminar-time! The organising has been going on since last autumn so we are more than excited to start the great seminar week. If you were unfortunate and couldn’t come to Helsinki, this blog will be a good channel also for you to follow what is happening here. The blog texts about each day will be published the next day.  Welcome to Helsinki! 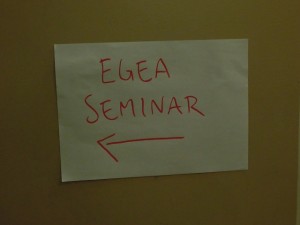 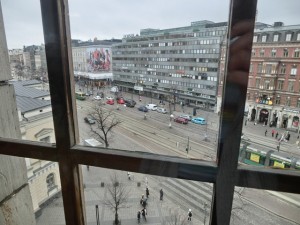 The opening ceremony was held in the heart of Helsinki, at the building of the Student Union of the  University of Helsinki. This over 100-year-old building was a beautiful place to welcome everyone. Many happy reunions and new meetings were seen! 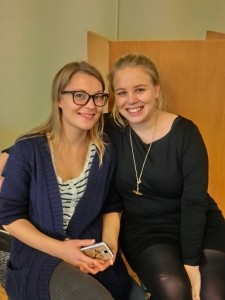 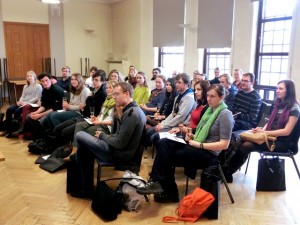 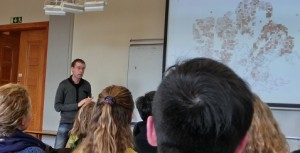 Rami Ratvio, PhD and a lecturer from the department of Geosciences and Geography, told about urban-related research at the department. We heard i.e. about how the unemployment has been evolving in Helsinki regionaly during the last years, suburban areas and where in Helsinki live those people who don’t want to tell where they live. Fascinating! Finally, he wished us to have a great seminar and seemed to envy us slightly when he told that there was nothing like this when he was studying. We are lucky indeed to have EGEA! 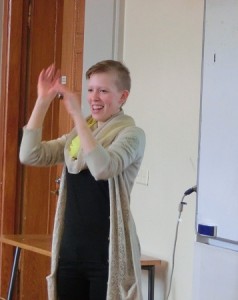 The seminar leader Suski was happy to hear people bubbling! 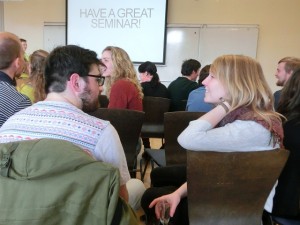 Before the first lecture we got to know each other a bit.  We have participants from almost all over Europe: Germany, Georgia, Austria, Russia, UK, Estonia, Denmark, Czhec Rebublic, Poland, Belgium, Netherlands, Romania and Finland. 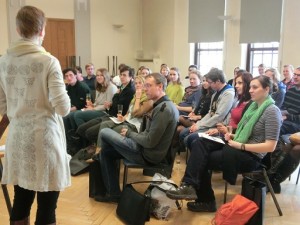 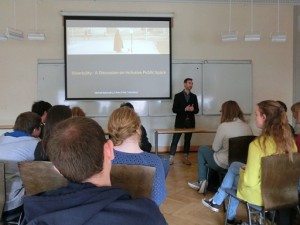 Michail Galanakis, doctor of Arts, held the first lecture of the Seminar on theme “Inclusive Urban Space”.  We heard interesting cases about Toronto and Helsinki. The main point of the lecture was interaction between people and different groups in urban environment.  Mr Galanakis also introduced us his urban experiment “Livingroom” that was organised in the main railwaystation of Helsinki. The idea of this project was to build a temporary livingroom in the middle of the railwaystation where all kind of people could spend time and interact with each other. It was a succes story. This lecture left many things in mind to think of: Do I really live in a bubble when I move around in the city?  Could I do something to integrate the immigrants and other exluded people? And also how confusing it is that some of the urban public spaces are not really public after all, for example the railway stations that actually are only for the passengers or consumers. 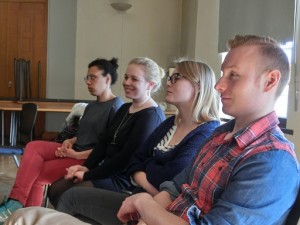 The back row is concentrating on the lecture 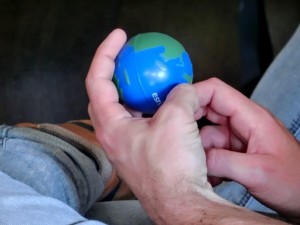 Perfect stress ball for a geographer

After the lecture it was time to introduce the workshops. There are five different workshops that will be introduced later on this blog. 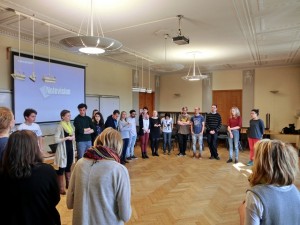 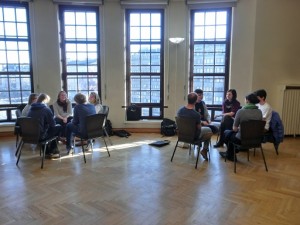 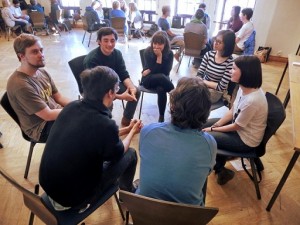 After the official part many  groups were seen to enjoy the sunny Helsinki before the dinner. The evening programme included speed dating, everyone spoke with everyone for 2,5 minutes! It took about 1,5 hours but was a lot of fun. Now everyone knows everyone – at least a bit 😉 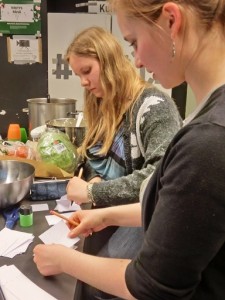 Getting ready for the speed dating!

Looking forward to the next seminar days. Hope you all have fun! 🙂