Tuesday was the start day of the workshops.  After breakfast in Kumpula Campus it was time to get down to business.

As told before, we have five different workshops. The workshops will consist of different kinds of excursions and excercises and the conclusions will be presentated at the Symposium on Friday, on the final day of the Seminar. Conclusions will also be posted on this blog after the seminar.

Workshops and their leaders are: 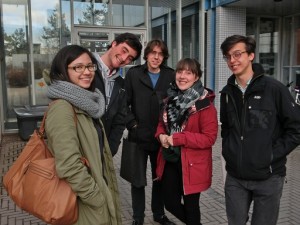 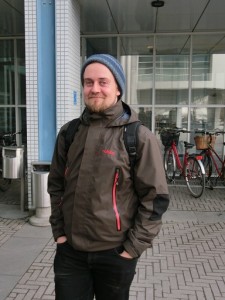 Lari needed a private-picture. By the way, nice to see  people from Turku here as well, eventhough they don’t have an entity (yet)!

In the evening we had a traditional finnish dinner, peasoup and pancake. This food is actually served every thursday but it tasted on tuesday as well. 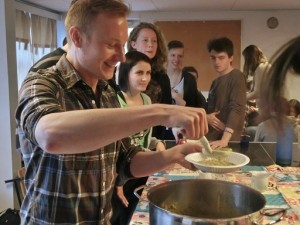 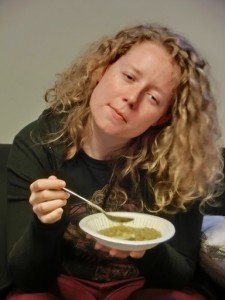 While eating we had two smaller presentations. The first speaker was Timo Hämäläinen, an EGEA-Alumni. He was among the persons, who founded EGEA Helsinki in 2003. This planning geographer writes nowadays a blog about urban planning and that has become quite famous in Finland and also outside of Finland.  Even the Guardian listed this blog among the most interesting ones in the World about this theme! Timo is also active in different groups that are interested in urban planning. One of them is “Lisää kaupunkia Helsinkiin”, free translation would be something like “More urban environment to Helsinki”. The group members are mostly just normal people that want to make a change in their home city. They criticise the way Helsinki has been built during the last decades dividing the development in several suburban areas. The group has gained some interest also in the Department of City Planning in Helsinki. This is a good example of what we learned on Dr. Galanakis lecture: there could be some possibilities to make the people getting involved in the Urban Space.

Timo also gave us a nice advice on what we want to do in our future. He said that it is worth it to do the thing that feels the most interesting. Even if it doesn’t bring any succes story, at least it was fun. And if  it turns out to be a succes story, it will be a great feeling! 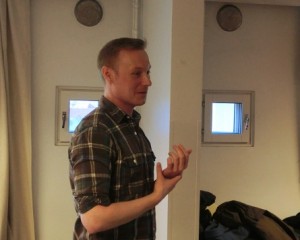 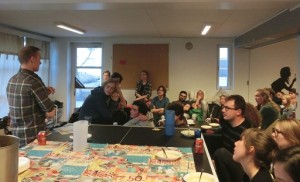 There were finnish pancakes for dessert. It tastes good with some rasberry or strawberry jam! 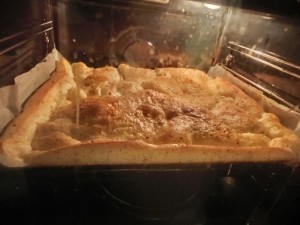 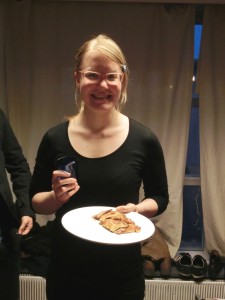 Tytti (picture) and Elisa were our happy cooks for this evening. So many people asked for the recipe of the pancakes that we thought it’s a brilliant idea to post it here 🙂

Some Cardamon and Cinnamon

Mix the dry ingredients with each other. Melt the butter and let it cool down a bit. Mix all ingredients to make the batter. Bake in the oven on a baking sheet (200 Celcius degrees) for about 30 minutes. Enjoy with jam. Whipped cream doesn’t taste bad either with this.

During the dessert our CP Kati shared some info about the EGEA. There are many freshmen taking a part on our seminar so we thought it would be a nice idea to make them more excited about this network. Finally we got a reminder that it was the 27th birthday of EGEA!