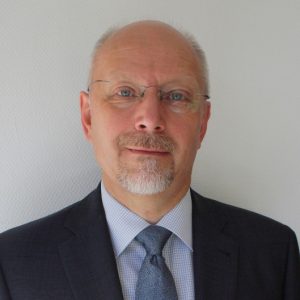 Erkki Isometsä, MD, PhD, is a Professor of Psychiatry at the University of Helsinki, Finland. He started his research career in the National Suicide Prevention Project in the late 1980s. Since then, he has worked on numerous studies of unipolar and bipolar mood disorders and suicidal behaviour.

In the first phase of his research career in the 1990s, he acted as a senior researcher in the National Suicide Prevention Project, the WHO/Euro Study of Parasuicide Helsinki site, and the Finnish Health Care Survey. In the second phase, as the Head of the Mood Disorders and Suicide Research Unit at the National Public Health Institute, he led several major longitudinal research projects. These included the Vantaa Depression Study (VDS), the Vantaa Primary Care Depression Study (PC-VDS), the Jorvi Bipolar Study (JoBS), and the Mood Disorder Molecular Genetics, Neuropsychology & Psychobiology project (Co-principal investigator Molecular Genetics Professor Tiina Paunio).  He also acted as a subgroup leader in the Finnish Health 2000 Survey.

His current major ongoing research includes the Helsinki University Psychiatric Consortium (HUPC), the experimental and observational arms of the STRIDE- Sequence Towards Recovery in Depression project (Co-PI Professor Jesper Ekelund), and the Mobile Monitoring of Mood (MoM0-Mood) Consortium. Other ongoing work includes a RCT of inhaled ketamine for suicidal depression, a study of implicit association test as a behavioural marker for suicide risk, RCTs of add-on group behavioural activation treatment for depression in psychiatric care, and the brief ASSIP intervention for preventing repetition of suicide attempts (in collaboration with the Finnish Mental Health Association).

Professor Isometsä is the Chair of the Finnish Task Force for Current Care Guidelines for Depression and a member of the national Bipolar Disorder Guideline Task Force. He has had numerous positions in international scientific organizations, including the International Academy of Suicide Research (IASR), the International Association for Suicide Prevention (IASP), the International Society for Bipolar Disorders (ISBD), and the European College of Neuropsychopharmacology (ECNP); memberships in editorial boards of scientific journals; and other expert roles. By 17 October 2017, he had authored or co-authored 226 published original studies, plus 130 reviews, textbook chapters, or editorials. According to the Scopus, his publications have been cited 10 272 times (h-index 55). He has supervised 18 completed PhD theses, eight of which have been granted the Finnish Psychiatric Association’s Martti Kaila Award for best psychiatric dissertation of the year in Finland. In 2014, he was awarded the Nordic Prize in Medicine.