Comparative Law and Epistemology: Is Globalisation Changing What it is to Have Legal Knowledge by Professor Geoffrey Samuel

Professor Raitio (Professor of European Law at the University of Helsinki) will give a speech during KVOTY’s annual meetings on 30th March.

‘Comparative Law and Legal History – What Next’ by Professor Heikki Pihlajamäki

Professor Pihlajamäki’s presentation was based on a recently published article in the American Journal of Comparative Law ‘Merging Comparative Law and Legal History: Towards an Integrated Discipline’.

Professor Husa’s blog post on the event is available at https://blog-iacl-aidc.org/2019-posts/2019/3/26/merging-comparative-law-and-legal-history-thesis-and-scepticism-in-finland

Professor Jaakko Husa gave a talk on ‘Law and Globalisation – Advanced Introduction’. LLM Antti Salonen acted as a commentator in the event.

The event was organised in cooperation with GENIAL, the Research Seminar in Global, European, and Private International Law at the University of Helsinki.

The 20th General Congress of the International Academy of Comparative Law (IACL) was held in Fukuoka, Japan, in 22–28 July 2018.

The General Congress arranged every fourth year is the premiere gathering for scholars of comparative law. It is a “general” Congress because scholars of all fields of law attend and participate in the workshops on the specific subjects spanning the wide range of private and public law.

KVOTY (the Finnish Committee for Comparative Law) as the IACL’s National Committee has assisted in selecting national rapporteurs for the Congress. National reports prepared by the national rapporteurs formed together with the general reports prepared by the general rapporteurs the subjects of discussions in Fukuoka. These reports will ultimately result in books on several different topics published in the Ius Comparatum series of the IACL by Springer.

Here you find the list of Finnish National Rapporteurs and their topics:

In addition, Ulla Liukkunen acted as the General Rapporteur on the topic The role of collective bargaining in labour law regimes.

This year the IACL hosted a program for younger scholars as part of the General Congress (see below).

For more information about the General Congress, please visit http://gc.iuscomparatum.info/gc/.

The first-ever Younger Scholars Forum in Comparative Law was held in Fukuoka, Japan on July 25, 2018 as part of the IACL’s General Congress.

Abstracts were invited for eight (8) Workshops and one (1) TED-style Speakers’ Corner.

Professor Jaakko Husa, University of Lapland (from 1 April 2018, Professor of law and globalization at the University of Helsinki) gave a speech based on his current research titled ‘Law and Globalization. Challenges for teaching and research’ in a KVOTY’s meeting. 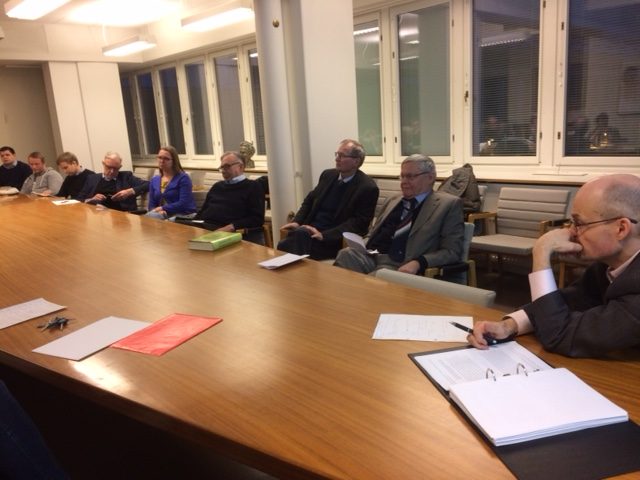 27-28 September 2017: Regional Congress of Comparative Law in Singapore (not directly organized by the Academy)

12-13 October 2017, Strasbourg: Symposium on the protection of human rights at the European Court of Human Rights (co-organized by the Academy)

The Annual Meeting of the Finnish Committee for Comparative Law was held on Monday, March 27, 2017 at 4.15 pm, in Porthania room P 545, 5th floor (address Yliopistokatu 3, Helsinki).

Before the regular annual meeting matters were discussed, LL.D. Toni Malminen, Senior Associate at Hannes Snellman Attorneys gave a speech based on his PhD research

“Studied side-by-side, one…sees that these two ‘realist’ legal philosophies are rather like chalk and cheese:” American and Scandinavian Legal Realism Compared. 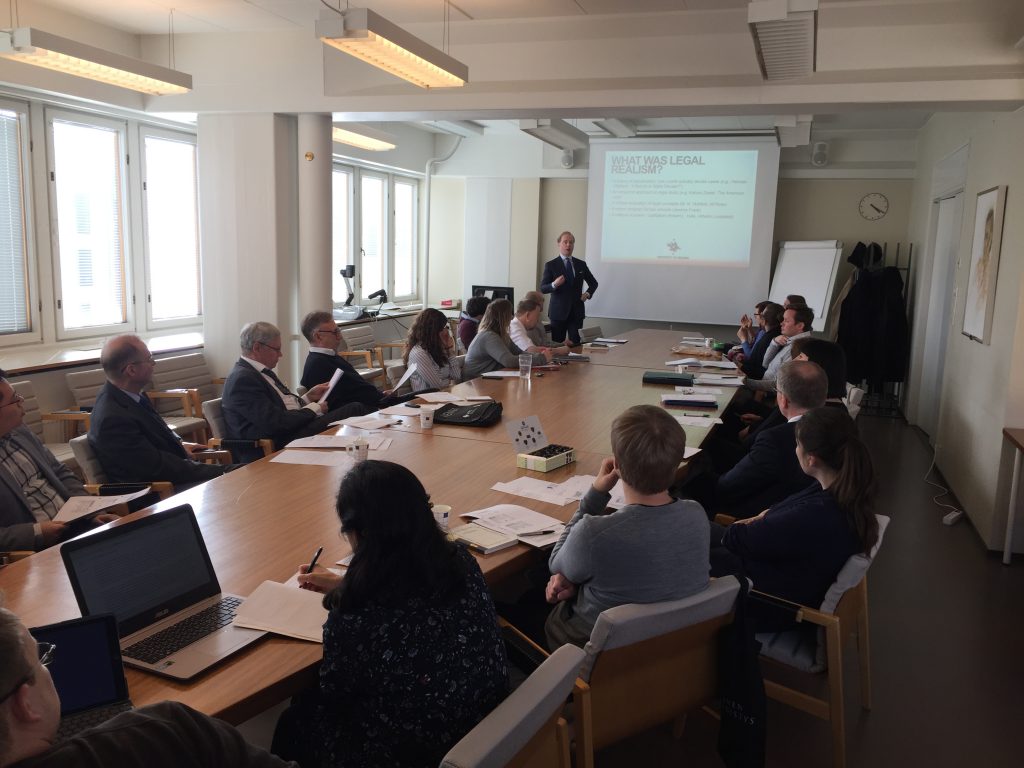 The Finnish Committee for Comparative Law (KVOTY) celebrated its 60th anniversary on Monday 12 December 2016 in Porthania (P 674, Yliopistonkatu 3, Helsinki) with a seminar

Program was the following:

16-18 November 2016: Montevideo Thematic Congress on the Enforcement and Effectiveness of the Law, in Uruguay.

Montevideo Thematic Congress on the enforcement and effectiveness of the law was organized by the International Academy of Comparative Law together with the University of Montevideo.

The following books will be published in the iuscomparatum collection with Springer following the congress:

Check the following links to know more of the event: http://iuscomparatum.info/thematic-congresses/last-thematic-congress/ and https://www.youtube.com/watch?v=-SZGsd5SoGA&feature=youtu.be.

Justice of the Supreme Administrative Court, former Advocate General at the European Court of Justice Niilo Jääskinen spoke on “Comparative Law and the EU Law”.

This was the Annual Meeting of the Committee. After the speech and discussions, regular matters were discussed.

2015: Professor Teemu Ruskola from Emory Law School spoke 11.11.2015 on the fundamentals of  legal comparisons with the title “Where Is Asia? When Is Asia?” – For further information, see Ruskola’s book “Legal Orientalism – China, the United States, and Modern Law”. 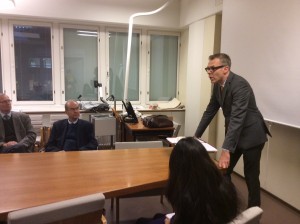 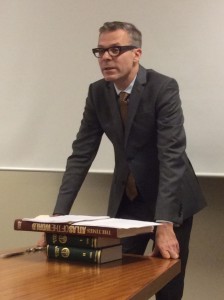