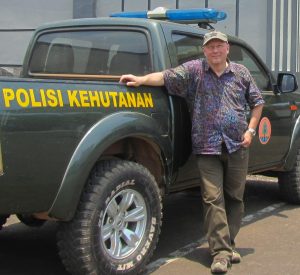 I’m the professor of Tropical Silviculture and Director of Viikki Natural Resources Institute (VITRI) at the University of Helsinki, Finland. My expertize is in tropical forestry, climate change, forest ecology, and forest management. I’ve published more than 300 publications including more than 70 scientific articles in international peer-reviewed journals.

I’ve been involved in tropical forest research for about 30 years. Prior to my current position, I was working as Director of the Environmental Services and Sustainable Use of Forests Program of CIFOR (2003-2010); Deputy Director General of CATIE (Costa Rica) (1996-2003); and earlier as the Director of The Finnish Research Program on Climate Change (1990-1995). I’ve been involved in science policy dialogue on forests and climate change for more than 20 years, and I’ve been actively involved in the work of the Intergovernmental Panel on Climate Change (IPCC) since 1990.

I’m member of the UNFCCC Adaptation Fund Board since 2008 and member of the Finnish Climate Panel (Suomen ilmastopaneeli) since 2011.