by Markku Kanninen and Daniel Murdiyarso

In September and October 2015 in Indonesia, exceptionally dry conditions and the delayed onset of seasonal rains contributed to the development of extensive landscape fires. According to the recently-published research results, these fires were the second largest of the past two decades (since 1997) in terms of greenhouse gas (GHG) emissions [1].

The total area burned in Indonesia is estimated to be about 2.6 million heaters [2]. Large part of these fires were on peatlands, and in addition to CO2, the emissions contained soot and larger-than-normal quantities of carbon monoxide and methane due to the nature of burning processes of peat. This strongly impacted regional air quality and potentially the health of millions of people. 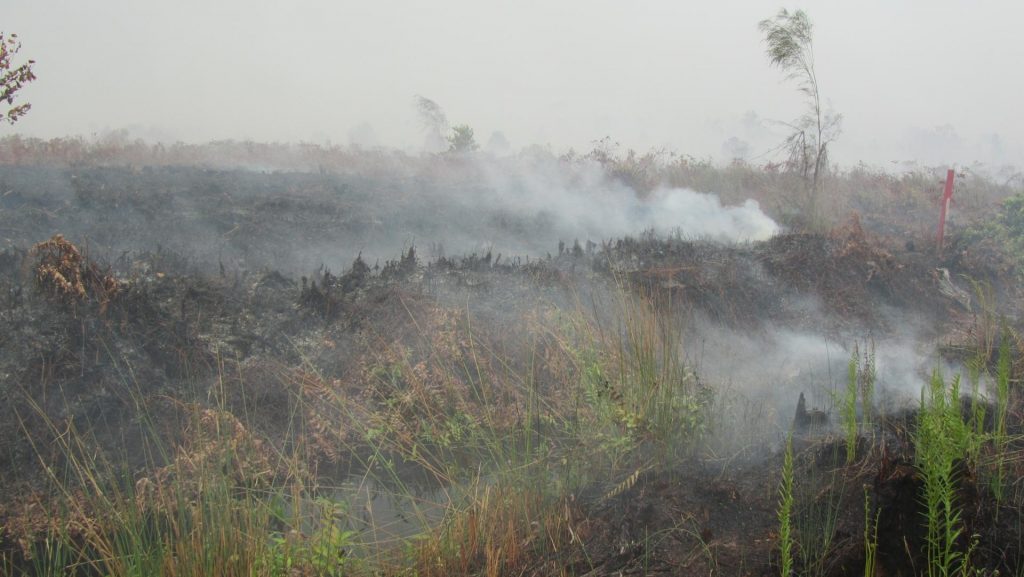 The year 2015 showed the largest ever single year increase in atmospheric carbon dioxide concentration increase since records began in the 1950’s [3], and the large Asian land fires may have contributed to that increase.

The scientists have also compared their results to those of the 1997 El Niño related fires that occurred in similar areas. In 1997, the drought lasted longer, the fires were even more severe and a lot more actual forest was burned. In 2015, fires mostly burned already deforested idle lands covered with shrubs and wood debris, and the emissions from that sort of land burning are different from those when forests burn.

Impacts on human health and economy are estimated to be enormous. In total, about 27 million people were exposed to haze, and about half a million people in Indonesia suffered health effects, mainly respiratory problems, mostly due to the inhalation of fine particulate matter [2]. The total number of deaths is estimated to be about 10 000 [2], keeping Indonesia as the country with highest concentration of fire related pollution in Asia [4].

The fires and haze have affected the economy of Indonesia and the region. Several sectors, including agriculture, oil production and mining were negatively affected. Thousands of flights were cancelled or delayed, effecting businesses and tourism in the region. Standing trees were burned in natural forests and plantations. The World Bank estimates that the economic cost of the 2015 fires was about 15 billion Euro or about 1.8% of Indonesia’s GDP [2].

The causes of these fires are diverse, including land clearing by companies and small farmers for oil palm, forest plantations and agriculture. There are diverging views on which stakeholder groups are most responsible for fires. We need more research to give a clear answer. This is illustrated by the fact that about 55% of the area burned in 2015 was not allocated to any specific stakeholder. About 19% was allocated to palm oil companies and 9% to forest concessions [2]. So, it is not sufficient if the Indonesian government only puts restrictions to oil palm and forest industry. It has to be able to change the behavior of a diverse group of other actors, as well. 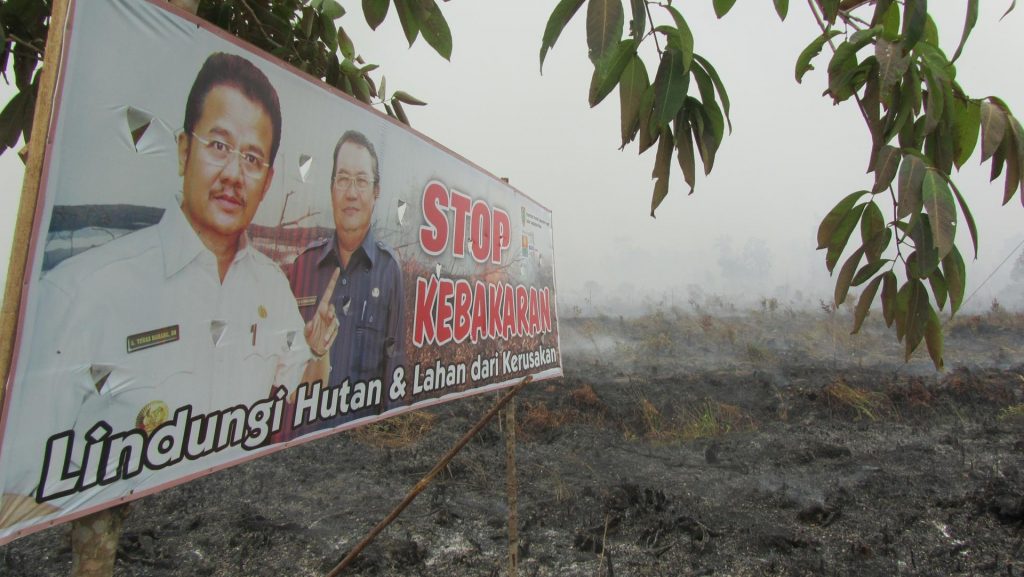 Prevention of peatland fires should be high priority to the Indonesian government due to high greenhouse gas emissions that can have negative impacts on global climate, and due to negative impacts on health and economy of large population both in Indonesia and in the region. The peatland restoration and fire prevention have been high in the political agenda for long, but nothing really has happened. Efforts to scale up firefighting have been and should be strengthened, but the problem can be solved only by removing the causes of the fires.

Following his speech at COP21 in Paris Indonesian President Joko Widodo has demonstrated his strong commitment to solving the peatland fire problem. For instance, he has established a new Peatland Restoration Agency (known as BRG) to restore degraded and burned peatlands and prevent peat domes from catching fires. However, this will be tough task: there are several powerful groups that don’t want to see their economic profits challenged by the government or international pressure.

To this end, the only way to change the situation is through the action of strong and committed government to force decent environmental standards to all stakeholder groups involved in land use. This will certainly require other complementary actions, such as solving issues related to land allocation and tenure and introduction of certification or other rewarding schemes for those who do the things right and do the right things.

Markku Kanninen is professor of the University of Helsinki and member of the Finnish Climate Panel. Currently, he is working as seconded scientist in CIFOR, Bogor, Indonesia.

Daniel Murdiyarso is principal scientist at the Center for International Forestry Research (CIFOR) and professor of the Bogor Agricultural University (IPB).