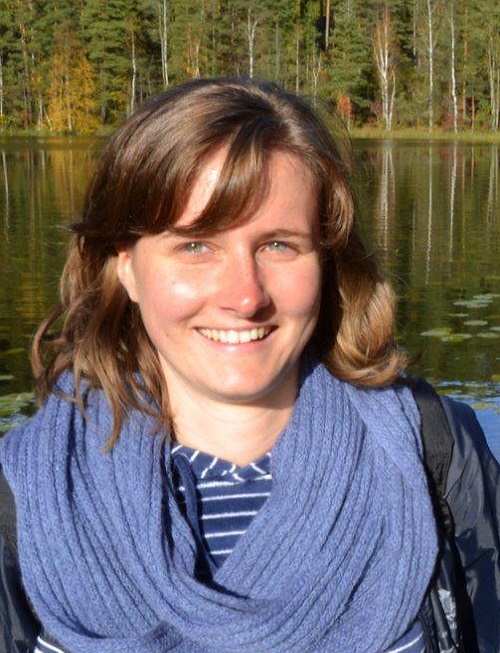 I interviewed Laura Venieri, an Italian postgrad student working at the Department of Mathematics and Statistics in the Geometric Measure Theory research group, with Prof. Pertti Mattila.

When did you move to Finland and what brought you here?

“I came for my Erasmus study period in 2012, motivated by the curiosity to see some country different from Italy and to study in some courses I noticed. It was my first time in Finland. I felt really at home and decided to stay: Prof. Pertti Mattila had an open position for a doctoral student and after my master graduation I moved to Helsinki permanently.”

Were doctoral studies part of your master plan? What are your future perspectives?

“I have started thinking about doctoral studies during my master. Now I am half-way in my studies. I would like to continue working in academia, but the job instability and the mobility scare me. Anyway I am open to possibilities also outside the academia.”

Do you plan to stay in Finland?

“I am integrated here now, I have a boyfriend, friends… I like to travel but moving abroad for longer periods does not sound nice. My boyfriend is still studying here in Finland.”

Can you explain in simple words what you work on?

(she laughs) “Well, I study the Hausdorff dimension of some sets, called Kakeya sets, in Heisenberg groups and other metric spaces. These sets in Euclidean spaces are defined as sets of zero Lebesgue measure containing a segment of length 1 in every direction. In the plane, it has been proved that such sets have Hausdorff dimension 2, that is quite surprising since they have measure zero. One standing conjecture is: is this true in R^n, that is, do Kakeya sets in R^n have Hausdorff dimension n? This conjecture is connected to many problems in other areas of mathematics, such as harmonic analysis. I do not work on this particular conjecture, but I use Kakeya sets in my own research project, generalizing and studying them in other spaces.”

What do you love about mathematics?

“I like its logical structure and I love that many times logic leads you to less intuitive conclusions, like the Kakeya sets I have talked about.

I have always liked mathematics. When I was in high school I liked it as a challenge, a game. During university years I started seeing something deeper in it.”

Professionally speaking, what are you bringing from Italy to Finland? And viceversa, what would you export from Finland to Italy?

“Mathematics studies at University of Bologna are very theoretical, I was trained not to be scared by highly theoretical contents. On the other hand, I appreciated all the exercise classes here in Helsinki, they are useful and needed in Bologna. I also like the more relaxed university environment: in Italy everything is very formal.”

Did you have to face obstacles as a woman in mathematics? And in general?

“No, as a woman no. In general I found the passage from master to postgraduate studies hard. All of sudden I was not sure if a problem had a solution and how to find it. Luckily my supervisor has helped me get through this.”

What would you tell to girls who are thinking to study or work in mathematics?

“If you like it, just try to follow this path. Don’t be discouraged: hard times are very usual in mathematics.”