The First Call for Papers has now been launched: https://blogs.helsinki.fi/chined-4/

Sumer is nearly icumen in

This post started out as a to do list for the autumn, so this should be of interest to about one or three people (some of whom possibly pay my salary). Read closely, your money is being well spent! Read between the lines! 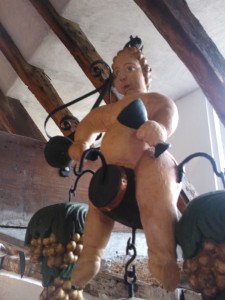 This fine lady hangs from the roof of the Anne of Cleves House in Lewes.

END_OF_DOCUMENT_TOKEN_TO_BE_REPLACED

Posted in Miscellaneous | Tagged biographies, Chawton House Library, colleagues and friends, conference, daily life, schedules, to do | Comments Off on Sumer is nearly icumen in

I was going to blog about Elizabeth Montagu’s and Sarah Scott’s author identities, but I can’t figure out how the new Eighteenth Century Collections Online search thing works and so I haven’t found any of Sarah Scott’s books (which I know are there!). Scott’s Millenium Hall is about a feminine utopia; this is no digital utopia we live in. Unless the problem lies with me, in which case, woe is me and this project.

Heather Froehlich from the University of Strathclyde just blogged at the Day of DH project about how she works. Clearly this is not my day in digital humanities, but I borrowed the idea all the same; it originates from the Lifehacker’s How I work series.

Today I’m working from home, but generally I work on the sixth floor office which I share with my esteemed colleague and project member. We are separated from each other by a flimsy screen (easily kicked down, I think). My computer was recently updated to Windows 7, and with that went all my corpus software and Google Chrome. I’m still mustering up the energy to ask them to be re-installed. (I did write a list as requested before the update…but never mind that.) So I’m pretty firmly in the bring your own device camp. I work from home at least a couple of days a month, and I can safely say a great part of my academic work has been done with my HP laptop. It may be noisy, old, and unreliable, but at least I have admin rights and can install a printer. Cheers, university IT policy, for making our life effortless and dandy! Much appreciated!

How the magic happens

Sometimes, maybe a few times a month, I have a non-multitasking day. Multitasking is from hell, and generally I do it every day all day. This is partly due to my own bad habits, but it’s also a result of a diverse work load (in itself a very positive thing). This spring I’ve been very busy with articles, I’m teaching half a course, I’ve been giving tasks for our project assistants (who did a wonderful job) and I’m preparing for an archive visit in the summer (oh god the stress). I’m also a co-editor of an upcoming conference volume of the Dialogic Language Use 3: Miscommunication and Verbal Violence. It’s a bit funny, but sometimes I feel downright guilty for dedicating a whole day to writing.

I don’t work on weekends unless there’s a pressing deadline that demands it. This year there have been three such deadlines, I think.

I drink a lot of tea when I work. Mostly green tea. I hope it doesn’t stain the teeth. When I’m at home I listen to music, unless I’m doing something that demands fierce concentration. Right now I’m listening to a Spotify playlist. Currently playing: Question of Time by Depeche Mode.

Distractions and problems when working from home:

This week I need to make the final corrections to one article, go over the reviewer comments of another article and send it off as well, prepare a lecture for Minna’s and my Public Identities course on the topic of Practices of Interaction in Online Spaces (like, what people do online), and maybe listen to a lecture on archaeology to provide peer feedback. 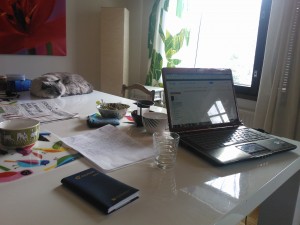 This table is never this clean.

Next time: maybe that post on Sarah Scott, a very interesting woman whose books I may one day be able to access on ECCO!

Posted in Miscellaneous | Comments Off on How I work

On the occasion of the International Women’s Day 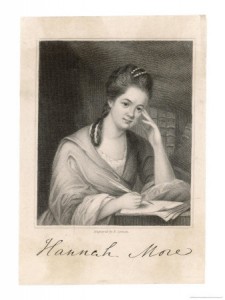 Have you seen a little Poem called the Female advocate? The Author (a Woman) sent me a copy, tho I do not know her. She seems to write with some ease and spirit. Mrs Chapone and I are under infinite obligations to her, for ranking us with Phillis Wheatley the black girl.

So delightfully writes Hannah More to Frances Reynolds in 1774 (MS Hyde 25 (3), Houghton Library, Harvard University). (Google assumes that I wanted to search for Hannah Montana, which would obviously be fine by me for another post but not quite what I had in mind for this one.) The poem she refers to is the Female Advocate: a poem occasioned by reading Mr Duncombe’s Feminead by Mary Scott, which celebrates the learned Bluestocking women: Moira Ferguson has characterised Scott’s poem as “the first distinctively feminist response by a woman in the late eighteenth century to the mid-century burgeoning of sympathetic male interest in women authors”. Hannah More, an abolitionist and philanthropist herself (although perhaps not at this point? I am only a More dilettante, so I do not know), is ironically underwhelmed by the diverse range of women whom Scott praises. I wonder if she was aware that ‘Phillis Wheatley the black girl’ was the first African-American woman to publish a book? Wheatley, brought to America as a seven-year-old, was the first African-American woman poet, and Poetryfoundation.org provides this account of her tragic life.

Very sad that most of her literary heritage is lost. 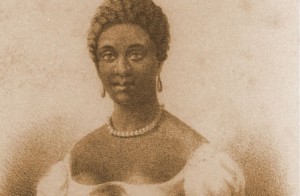 Image from the poetryfoundation.org

The corpus also includes some sociopragmatic tagging indicating person reference in the adds.

Varieng blog up and running again

Kielen kannoilla is the blog of the members and visitors of the Research Unit for Variation, Contacts and Change in English (VARIENG). Here we share personal thoughts and observations about the English language. Most of the posts are written in Finnish, but there are also some posts in English. Comments are welcome!

The previous conference was organized in Rostock, Germany in May 2012 (http://www.chined3.com/ and for a conference report http://www.flingue.unict.it/6968/home).

DYLAPS teaching at the University of Helsinki

If you are a student of English Philology at the University of Helsinki and find DYLAPS topics interesting, you might join one of the courses taught by DYLAPS members during the academic year 2012-2013.

This course will introduce the basic principles of sociolinguistics and language variation, including issues such as how different varieties and features of language spread, change or disappear; how norms, attitudes and standards arise; and how they affect language behaviour and society. We will also be taking a look at the historical development of research on language variation, e.g. traditional dialectology and early sociolinguistic research (Labov, Trudgill, etc.), and learn about the relationship between language variation and social (e.g. social class, age, sex, geography), contextual (style, audience, topic, register) and linguistic (phonological, morphological, syntactic and discourse) factors.

“Standard English is the best”; “Children can’t speak or write properly any more”; “Brummie accent makes you sound stupid”. What is the basis of such attitudes to languages, features of a language, accents, and so on? Why do people tend to love some and hate others? Is it because their inherent qualities are somehow better or is it due to their social connotations? In this course we’ll explore attitudes to language from the perspective of Englishes, focusing on themes like standard language ideology, good and bad English, language laws and policies, language myths, and language attitudes in professional contexts (e.g. education, law). You will learn to recognize and make sense of language attitudes and their impact on the level of individuals and as a broader societal issue of power and dominance.

This course will provide theoretical and methodological tools needed in writing a master’s thesis on a linguistic topic. The course will be oriented towards sociolinguistic and pragmatic research tasks. The topics include more general issues dealing with the research process, writing a scholarly paper and research ethics as well as specifics of data gathering and analysis. Both quantitative and qualitative analysis (and combining them) will be dealt with. The aim of the course is to formulate a research question for your master’s thesis and to set up a research frame for answering this question.

This course will focus on the language and discourse of written media such as newspapers and magazines, as well as such audio and visual media as advertisements, documentary and dramatised television programs, music videos, film, and the internet. Focusing on popular media, particularly in advertising, information, and entertainment, the course aims at the understanding of the nature of rhetoric in its varied roles in popular discourse; the comprehension of various media and their interaction with their audiences; and the close examination of specific language features in written, audio, and visual media.

In this course we will be dealing with issues concerning how and why (group) identities are built and how they are reflected in written and spoken language use and its innovations. We will concentrate on the diachronic aspects of expressing identification and constructing identities in a public sphere, for example, in wider social groups such as different social classes and ethnic groups, as well as in more specific areas such as literary communities and online communities of practice. We will examine traditional sociolinguistic research and its recent developments, particularly the ‘third wave’ of sociolinguistics and queer linguistics.

Sorry, the courses will admit English Philology majors and minors only.
See WebOodi for course details. Registration in WebOodi.

Posted in Project news | Comments Off on Academy Funding

The Language and Identity project has reached one of its goals – the original  spelling of early English letters in the Corpus of Early English Correspondence has been normalized.

Normalizing or standardizing idiosyncratic spelling improves the accuracy of automatic language analyses. We tested the impact of normalization on 17th-century correspondence data and reported on the results in the ICAME conference in Oslo in June 2011 and in the Helsinki Corpus Festival in Helsinki in September 2011: