The Meilahti Campus was created in 1934 with the 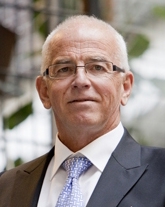 establishment of the Women’s Hospital at its southernmost end. It was coupled with the Children’s Hospital in 1946. After that, the campus grew gradually with the addition of the Finnish Institute for Occupational Health during 1949–1950 and the Ear Hospital in 1950. In 1954, the old Huopalahdenkatu street was renamed Haartmaninkatu. The Radioogy Clinic was built on the campus in 1962 and the Tower Hospital (a.k.a. “the Hilton”) in 1965. Construction of the building at Haartmaninkatu 3 was completed in 1966, and it welcomed the Department of Pathology, the Department of Bacteriology and Immunology and the Department of Hygiene. The clinical-theoretical departments in Meilahti were also playfully known as “teiretical” departments after Professor Harald Teir. In future, the departments of the Faculty of Medicine will be further concentrated on the Meilahti Campus, which is currently known as the Academic Medical Centre and also comprises other institutions which operate on the campus. The construction of the Biomedicum buildings has significantly improved the operative conditions of the departments. The Tower Hospital celebrated its 50th anniversary last year.

I was a doctoral graduand in the 1981 conferment ceremony when the conferrer was Professor Niilo Hallman. The ceremony was truly memorable. I have taken part in every conferment ceremony organised since, in 1990, 2000 and 2010, and each one has a special place in my memory, even though the protocol is always quite similar.

The Faculty has already selected ten people to receive the title of doctor honoris causa, but the exact number of jubilee doctors is not yet known. On behalf of the Faculty of Medicine, I hereby respectfully invite all patrons and friends of science to take part in this conferment ceremony.

Welcome to the 2016 conferment ceremony!