These are the words of Rietrikki Polén, a Fennoman and the first ever to defend a dissertation in Finnish, back in 1858.

Education and enlightenment. Right here, at the National Library of Finland – the architectural masterpiece of Carl Ludwig Engel and the heart of the nation’s memory – these two words encapsulate it all. 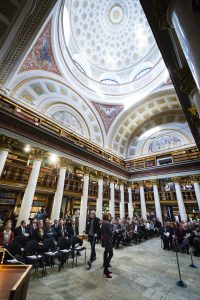 The recently renovated National Library, whose inauguration we now celebrate, is a unique example of construction history, as well as a modern cultural and service institute, which preserves and promotes our literary cultural heritage.
The National Library, which until 2006 served as the University of Helsinki’s main library, boasts a long history stretching back to the establishment of the Royal Academy of Turku in 1640. The Library’s history is linked to both that of the Kingdom of Sweden and that of the Russian Empire.
The National Library’s impressive main building is one of the most famous representatives of Empire architecture in Finland and one of Engel’s most highly appreciated works. The main building was completed in 1845 and its annex, designed by Gustaf Nyström, in 1906.

During its more than 170 years of service, the National Library has been renovated with great care and respect for the original design. This was also the case in the latest renovation, completed in late 2015, which improved the accessibility and functionality of the library facilities and modernised the building services. 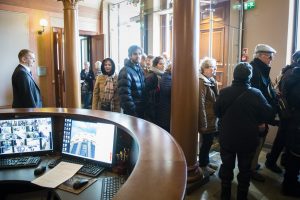 To mention a couple of illustrative examples of the challenges involved in the National Library’s conservation: the restorers used erasers to bring out the specular highlights of the painted decorations in the semicircular recesses of the Cupola Hall and examined the cupola by tapping it inch by inch to produce a diagram of the cracks based on the resulting sounds.

“Conservators from different fields worked on their own projects side by side with construction workers responsible for the less painstaking procedures. All parties showed mutual respect for one another despite the schedule being tight and different work phases overlapping,” says architect Kati Winterhalter, who served as the conservation coordinator in the Library’s renovation project.

Strong solidarity and uncompromising mutual respect have always led to success in Finland – and did so again. Rakennuslehti magazine nominated the National Library’s renovation project its 2014 construction site of the year.

the National Library of Finland being described as one of the world’s most beautiful libraries aptly symbolises the general significance of libraries to our nation. Libraries are at the core of our success story. Throughout the decades, Finns have placed their hopes on education – believing that learning and education are the only path to a better future.
Around one in three Finns reads at least one book a month. In 2014 the National Library received over 70,000 physical and over one million virtual visits. The number of library loans in all of Finland totalled nearly 70 million.

Were it not for the system of public libraries which evolved in the early 20th century we would hardly be the nation of readers we are today. And had we not become a reading nation we would hardly figure among the world’s top countries in nearly all surveys of wellbeing and competitiveness.

Compromising humanity can have dire consequences on cultural heritage, as can be seen in Syria, where, according to some estimates, nearly all of the country’s Unesco World Heritage Sites are under threat of destruction or have already been partly destroyed.

Although Syria, Iraq and many other deeply devastating crises around the world are far removed from our stable Nordic peace, they serve to remind us that in this age nothing is as certain as uncertainty.

We have come to take both our global and our national cultural heritage for granted, something that is automatically safeguarded.

We have taken for granted that our museums stay open, that the collections of libraries and archives accumulate and that existing monuments are maintained and new ones are erected. This is fortunately still true today, and hopefully will remain true in the future as well. It appears, however, that our modern society no longer has any sacrosanct areas that the scarcity of resources would leave untouched.

We truly need to promote culture now – perhaps more than ever before. 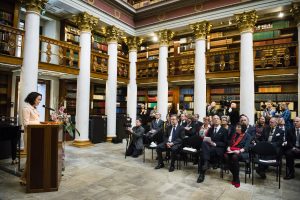 The National Library could, in fact, be called a national treasure based on its unique collections: over 100 shelf kilometres of material from ephemera to manuscripts and from maps to posters. The National Collection includes all publications either printed in Finland or discussing Finland since the year 1488.

Among the Library’s oldest articles are papyri dating back to the third century BCE. The archives of the royal family of Radziwiłł and the A.E. Nordenskiöld Collection, both part of the National Library’s special collections, are included in the Unesco Memory of the World Register.

But in addition to housing the history of prominent figures and events, the National Library is also home to the history of Finnish life in all its variety – both the mundane and the festive – told in words, stories, images and melodies. It safeguards the grand story of Finland and Finnishness.

Eric Gustaf Ehrström, a representative of the Romantic movement in Turku, once said:

“If we are destined to launch a new era in Finnish history, let us conduct ourselves so that posterity can look back on our time with respect.”

His words were very wise.

On the one hand, cultural heritage influences our thinking and actions in various ways; on the other hand, it illuminates Finnish identities. The only way for a nation to truly understand itself is by examining and knowing its past.

Thanks to the continuous development of historical research methods it is possible to examine material that has previously led to a specific set of results to find brand new aspects that meet the special needs of the times at hand. As Oscar Wilde put it: “The one duty we owe to history is to rewrite it.”

We are part of an unbroken chain of generations, all of whom have transferred what they considered valuable to the following generations. It is our responsibility to look after the extensive material and immaterial cultural heritage which, with respect to its whole history, is under our charge for but a fleeting moment. The national cultural heritage is a value that does not deserve to be subjected to cyclical fluctuations.

The approaching centenary of Finnish independence raises a number of increasingly topical questions: what is Finland and who is a Finn – yesterday, today and tomorrow? Who are we? Where do come from?

The National Library will today launch a campaign in honour of Finland’s 100th anniversary, with the aim of creating an online library for Finland’s history. The campaign invites parties from different spheres of life to support the digitisation and collection of material.

All aid from citizens, companies and other communities is extremely important. Making the National Library’s material even easier to access digitally will put us in an increasingly better position to find answers to questions about Finland and Finnishness. 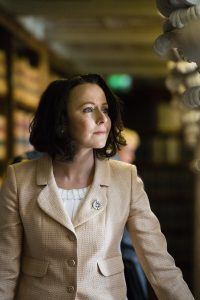 To quote J.V. Snellman: “As long as a nation loves its history, the past it has lived, there is also hope for its future. Such a budding love is the clearest evidence of a nation’s conscious self-awareness, and its preservation shows that the awareness still exists, that the nation’s spiritual strength has not waned.”

With these words in mind, I am happy to say that there truly is hope for the future. We enjoy conscious awareness, spiritual strength and, above all, a love for history. This much is clear to all the senses in this magnificent, renovated National Library.

I wish everyone at the National Library the best of luck and success in your valuable work as protectors of our cultural heritage.

I hope the renovation will encourage an even greater number of Finns to think of the National Library as theirs, because that is what it was meant to be – a library serving the entire nation.
Thank you!