The cross-disciplinary research project, Nature in Arts, Culture, and History, is financed by the Academy of Finland in 1.9.2014-31.8.2018. The Project sets out to develop new perspectives and methodologies for the study of interaction between humans and environment as well as the intra-action of nature, arts, and culture. The focus of our project is on how nature is an active actor in various art forms, cultural texts, and practices; how natural and cultural elements interplay in urban or wilderness spaces; and how the works of art “present” nature, create new understandings, and make claims about nature instead of just representing and describing it.

The project focuses on mutual relations between arts, culture, and nature both from contemporary and long historical perspectives. It explores the temporal layers of landscape and the diversity of nature in two contexts: urban nature and wilderness. Both urban nature and wilderness are approached as spatially and temporally stratified hybrids of human and non-human elements and processes. For example, cities often embody the notion of places outside the nature, yet nature is always present in them in the forms of topography, weather, flora, and fauna. And vice versa, wilderness areas might be affected by long-term human activities. Moreover, urban nature might bring uncontrolled and unplanned elements to the otherwise controlled and planned city, in turn, protected wilderness areas and their use might be strictly controlled.

The starting point of our project is in the humanities. We focus on the nature and environments shaped by human activities, and layers of landscape formed in the interplay of human and non-human activities. We hence aim to further the dialogue not only between the humanities and sciences, but also within the so-called “arts” – and through that to reach more active and nuanced understanding of the relationship between nature and culture. 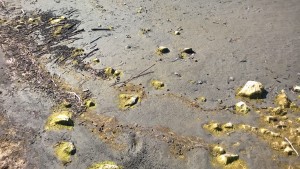 The project has three, interlinked themes. Under theme Multilayered and multisensory urban nature and wildscapes the multifaceted and multisensory features of 20th century and contemporary urban and suburban landscapes are analyzed. The particular focus is on the controversial idea of urban nature, undefined urban wastelands and wildscapes, and their role in the producing meaningful lived spaces and “aesthetic diversity” in urban environment.

The theme Ideals and use of wilderness spaces and historic landscape areas focuses on the human interaction with the “pure nature”. A dialogue between recent and long-historical perspectives enables the identification of natural and cultural sediments of landscapes both past and present.

The third theme(Re)presentations of natural phenomena and landscape in “weatherscape” arts explores the human-environment –relationship in landscape by focusing on the status and functions of weather and climate in landscape art from the 19th century to the present. The analysis of the interconnectedness of wild and controlled nature is in dialogue with the analysis of urban nature and wilderness