Kirsi Saarikangas (Principal investigator) focuses on the interplay of natural and human-made actors in various urban spaces. She analyzes how the built environment, inhabitants, processed and unrefined nature act together and shape stratified, multisensory urban space. She concentrates on particular sites, mainly new housing areas of Helsinki, Stockholm, and NYC from the 1950s to 2000s (from the post-war suburbs to the present waterfronts and former industrial/warehouse areas), and their refined differences on the conceptualizations, uses, and aesthetics of urban nature. Instead of architecture-nature juxtaposition urban landscape consists of the variety of spaces from architecture to unmediated nature and is always in the process of becoming something else that it has been. Her hypothesis is that urban nature – the hybrid of artificial and natural things – and wildscapes – the zones of transition between urban and natural such as wastelands are particularly important for the formation of rich and stratified urban space and for quality of urban life from the experiential, ecological and aesthetic point of view. Instead of urban-nature opposition she strives for a more diverse understanding about cities and ways of urban living. 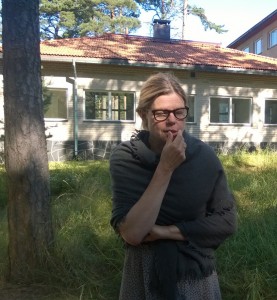 Hanna Johansson analyzes landscape or ‘weather-scape’ art in mid and late 19th century landscape paintings (e.g. Magnus von Wright, Düsseldorf School, Fanny Churberg, Ellen Thesleff, Pekka Halonen) and contemporary (1990-2013) Northern European art. Special attention is paid to the representations of so called natural phenomena, and how weather, i.e. light, air, and climate have been understood and used in landscape art. In addition to visual perception and presentation of weather, it is necessary to acknowledge that the perception and experience of weather is multisensory, with vision co-operating with other senses. Light makes vision possible but simultaneously the experience of weather consists of a sense of wind, the wetness of rain and the warmness of sun. The hypothesis is that paintings and drawings offer specific and indispensable knowledge of human understanding of the landscape and the weather-scape.

Mikko Saikku’s sub-study juxtaposes late nineteenth and early twentieth century North American and Nordic ideas about nature, landscape, and masculinity. He sheds light on notions of nationalism and manliness, emphasizing the role of recreational hunting and fishing in the creation of “national” cultures. The transnational project pays special attention to the concepts of wilderness in the formation of an idealized manhood in peripheries of Northern countries. The relationship between gender, socioeconomic class, and access to wilderness resources, and the roles and motivations of recreational hunters and fishers in the evolving national conservation movements are particularly important.

Theoretically and methodologically Saikku combines approaches of environmental and social history to the art history, ecocriticism, gender studies, and transnational studies. His hypothesis is that – despite obvious differences – the very distinctive Finnish and American experiences and cultures share many previously unrecognized similarities. While nineteenth-century Finns and Americans generally saw themselves as industrious farmers, landscapes untouched by humans and the images of wilderness hunters greatly contributed to the construction of a national identity and ideals of manliness in both young nations. It can furthermore be argued that the North American experience with its imagined unrestricted access to the wilderness is not as exceptional as scholarly and popular literature has portrayed. From the seventeenth up to the twentieth century, the Nordic peripheries shared certain natural, cultural, and even legal features with the famous North American frontier. 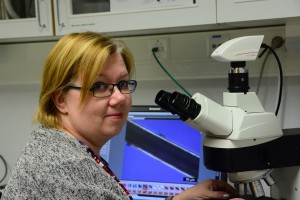 Tuija Kirkinen (PhD student) is writing her doctoral dissertation Human past in the wilderness – an environmental archaeological approach on Eastern Finnish Iron Age (300-1300 AD). Kirkinen studies the human-animal relationship by analyzing bioarchaeological find materials, and uses the results as an indicator of prehistoric concept of wilderness. She concentrates on the Iron Age and Early Medieval Period, a time span when the intensification of farming in Finland lead to the mental separation of forests and hunting areas from human-made environments. By using an ecocritical approach in analysing scientific texts, the impact of environmental narratives in constructing the idea of past in nature and in interpreting archaeological record, will be analyzed.

Petteri Kummala (PhD student) studies the role of urban nature and its potentials for the aesthetic diversity of urban environments. His hypothesis is that rich variety of hybrid urban nature is the precondition for their aesthetic – and even existential – diversity. The conceptualization of urban nature in the terms of hybrid enables the study of the diversity and various sediments of urban landscape better in its own terms and so obtain a much more diverse comprehension of the matter. Kummala concretizes the fruitfulness of the idea of hybrid in the case of the Töölönlahti Bay area in Helsinki, which he analyzes by combining the aesthetic and historical perspective to the town planning discussions, politics and in situ observation of the area.