I recently read an article stating that bumblebees are pandas of the insect world.  When I mention my keen interest to these creatures, I often hear people summarize quite the same things as the article does.  I’ve been giving it a thought before and decided to write down some general thoughts about this;

So, bumblebees and panda-factor.  They’re furry, look and act as what seems to us as clumsy, are strict vegetarians, not on the menu of humans and do no harm.  Hence, they are and exception amongst  creepy crawlies with alien looks and unpredictable, fast moves. 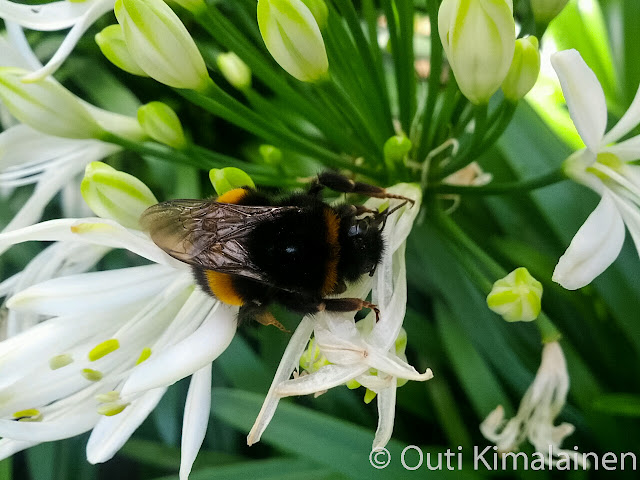 Panda-factor works brilliantly when it comes to saving endangered species.  The child-like chubbiness and cuteness- with fur- gives the species in case a sympathetic look, and in general people tend to show greater sympathy when it comes to the well-being of those.  At least more than with less cute creatures- the wild salmon of the Baltic sea is still sold daily on the markets of Helsinki, even though it is red-listed; something that would hardly be tolerated with giant pandas.

While preserving species with high panda-factor, people accidentally often help other species as well.  While the rising awareness of declination of native pollinators in the British Isles has been primarily focusing on bumblebees, the actions that follow greatly aid other less noticeable insects.  When preserving areas of wild flowers and natural nesting habitats for bumblebees and supporting biodiversity of plant species, people also support the large variety of solitary bees and hoverflies, as well wasps, ladybugs and other natural predators.

However, what goes wrong with the panda-factor is the illusion people concur in their minds.  Soft, furry, chubby, cute creatures- must be meant for petting, then.  Just stop when they say no, as the article states.

So let’s give it a thought then.  An average bumblebee worker is, let’s say, 1,7cm long (varies greatly depending from species, time of the summer, available food etc).  You are 170 cm tall, with a mountain-like figure, odd, probably artificial smell and no exoskeleton nor fur.  As for a comparison- you would be pet by an alien-looking giant 170 meters of hight.  When leaving out the radio masts, the second-tallest building in Finland, Näsinneula observation tower with it’s antenna spire is a few meters short of that. 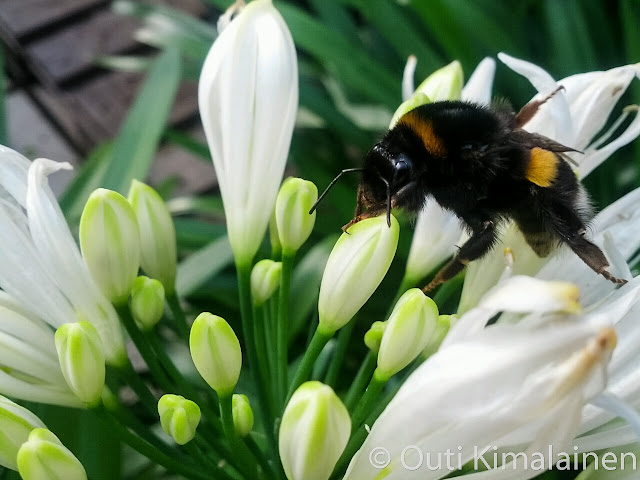 Teaching people of nature is more than necessary no matter the age or such matters.  However, it is possible to study the habits of animals without actually touching them- as a grown-up you also have a great possibility to teach that to kids as well.  If the animal is not in immediate danger or doesn’t come willing to be petted by humans, there are very little reasons to do so- no matter how cute the thing might be.  So, unless it’s clearly telling you “yes”, trust me, it’s telling you “NO”.   It’s about respecting other creatures- they are vastly greater in numbers than we, and wider with biodiversity.

As an example, other creatures in the category of “high panda-factor but still unwise to pet”;

Polarbears.
No matter how cute, climbing into their cage in a zoo at the feeding time will win you a Darwin award.

Pussy moths.
The larvae are cute, fuzzy and filled with venomous spikes that cause radiating pain in extreme proportions and are considered dangerous species.